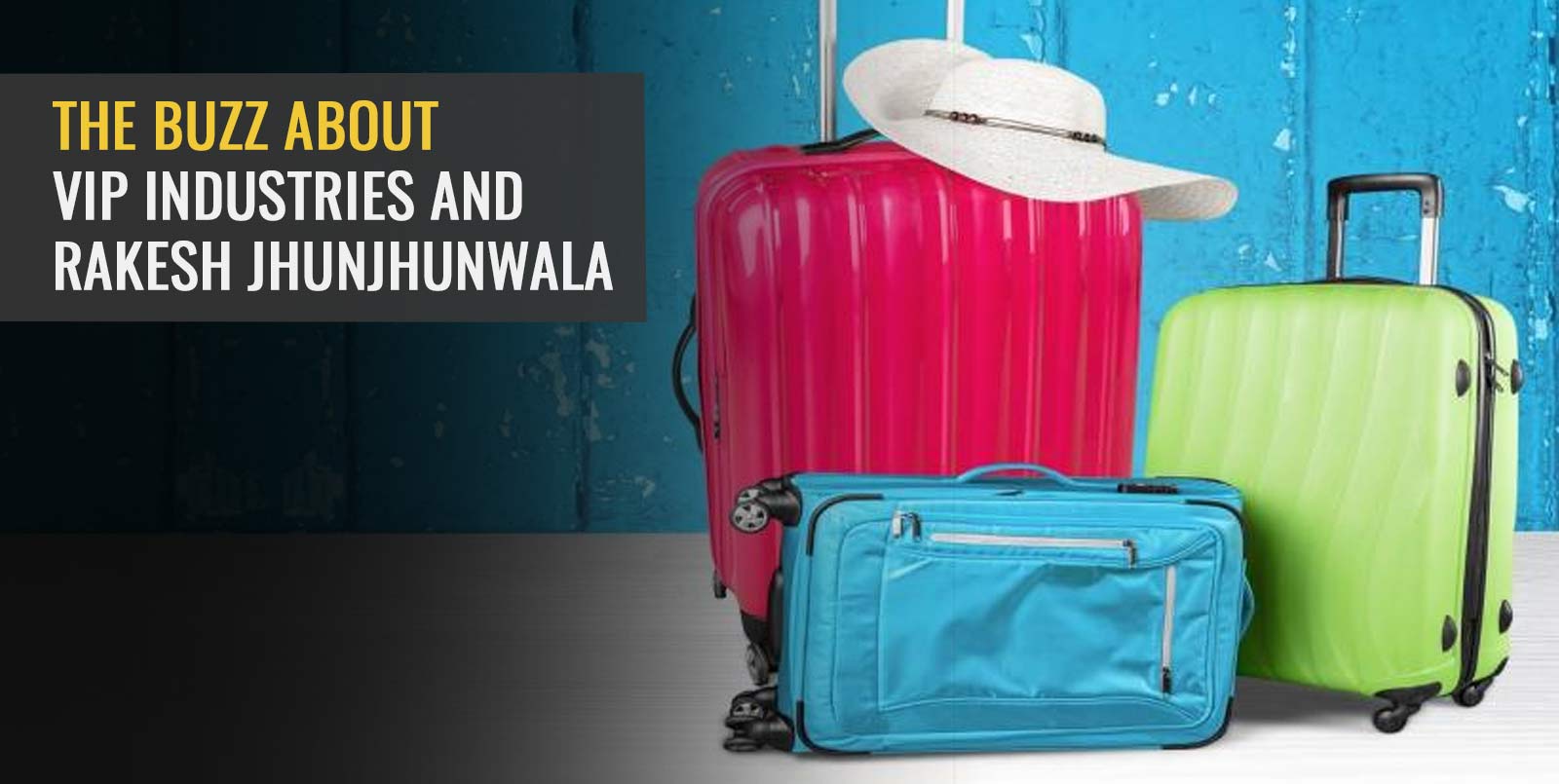 April is the time for all companies to not only understand the performance of companies but also the time for companies to share the amount of stake their shareholders own in the company. Rakesh Jhunjhunwala commonly known as the Warren Buffet of India has raised his stake in Fortis Health from 3.97% in Q3 to 4.31% in Q4. However, the talk of the town is all about JhunJhunwala selling an extremely large portion of his shares in VIP Industries. He had sold 2.99% of his shares in VIP Industries during the March quarter. After selling this enormous number of shares, he now holds 0.7% percent of stocks in VIP Industries. Besides, his wife Rekha Jhunjhunwala holds 1.62% of shares in the company.

In total, as of April 2021, Rakesh Jhunjhunwala and Rekha Jhunjhunwala collectively hold 2.32% of stocks in VIP Industries. Compared to the massive 5.31% stocks that Rakesh Jhunjhunwala held in December 2020, the halving down on the stocks of VIP industries has shocked many. The stock behavior of Rakesh Jhunjhunwala was fairly positive last year as he increased his stockholding capacity from 5.1% in January 2020 to 5.32% in March 2020.

However, since the pandemic, VIP Industries took a severe hit and ended up suspending their operations at several plants across India. Besides, the closure of several retailers, stores, and malls reduced the likelihood of purchases made by customers thereby leading to further loss in revenue for the company.

An overview about VIP industries

VIP Industries is popularly known for manufacturing an eclectic range of luggage and travel accessories. They do so under various brand names like Footloose. VIP, Sky Bages, Aristocrat, and Alfa among others. For more than 50 years, VIP has revolutionized the travel and luggage industry with several fleets of product innovations while also maintaining their quality with every cycle of production.

The VIP Industries began with their Nagpur plant in 1989 and launched the Alfa brand. Further, they began to expand and launch BP Ergo and Elanza. Further, they partnered in the capacity of a joint venture with Delsey and Bangladesh. A few years down the line, they inaugurated a franchise of VIP Industries in Hong Kong. As of today, VIP Industries has sold over 100 million pieces of baggage and luggage. One of the main factors that make VIP Industries stand out is their skilled designers who constantly innovate and expand their technological capabilities to make traveling easier.

Currently, VIP Industries has more than 10,000 retail location points all over India. The company also has more than 1300 retailers that are spread across 27 countries in the globe. On another note, VIP Industries also have several innovations of their patented that range across the safety of locks, the material used, the security chain, and many others.

The finances of VIP Industries

Since the beginning of the pandemic, the travel, tourism, and hospitality industries have taken a blow. Since VIP industries cater to the travel and tourism industry, they experienced a tremendous loss as well. To support this, the fall in the stock price of VIP Industries since the pandemic is proof enough. However, VIPS Industries were one of the leading players in the luggage manufacturing industry before the pandemic. On the 12th of February in 2020, VIP Industries hit a 52-week high of Rs. 520 on the BSE index.

As of Feb 12, 2020, Rakesh JhunJhunwala held shares in the company worth Rs. 390 Crores. However, the pandemic led to a lockdown in India around the mid of March 2020. As a result, travel bans and restrictions were imposed across India. Due to this, individuals were not allowed to travel, thereby resulting in lesser demand for travel goods and accessories. Evidently, on the 24th of March in 2020, the VIP Industries observed a drastic fall in their stock prices to hit a 52-week low of Rs. 188. This fall in the stock price resulted in a loss of Rs. 249 crore for Rakesh Jhunjhunwala.

With Rakesh Jhunjhunwala selling a large portion of his shares at VIP Industries, many other investors have been wary about holding their stocks in the company. While the restrictions around the travel and tourism industry have been more relaxed, the operations at several plants of VIP Industries have not been resumed yet. This has been another contributing factor of concern for many investors.