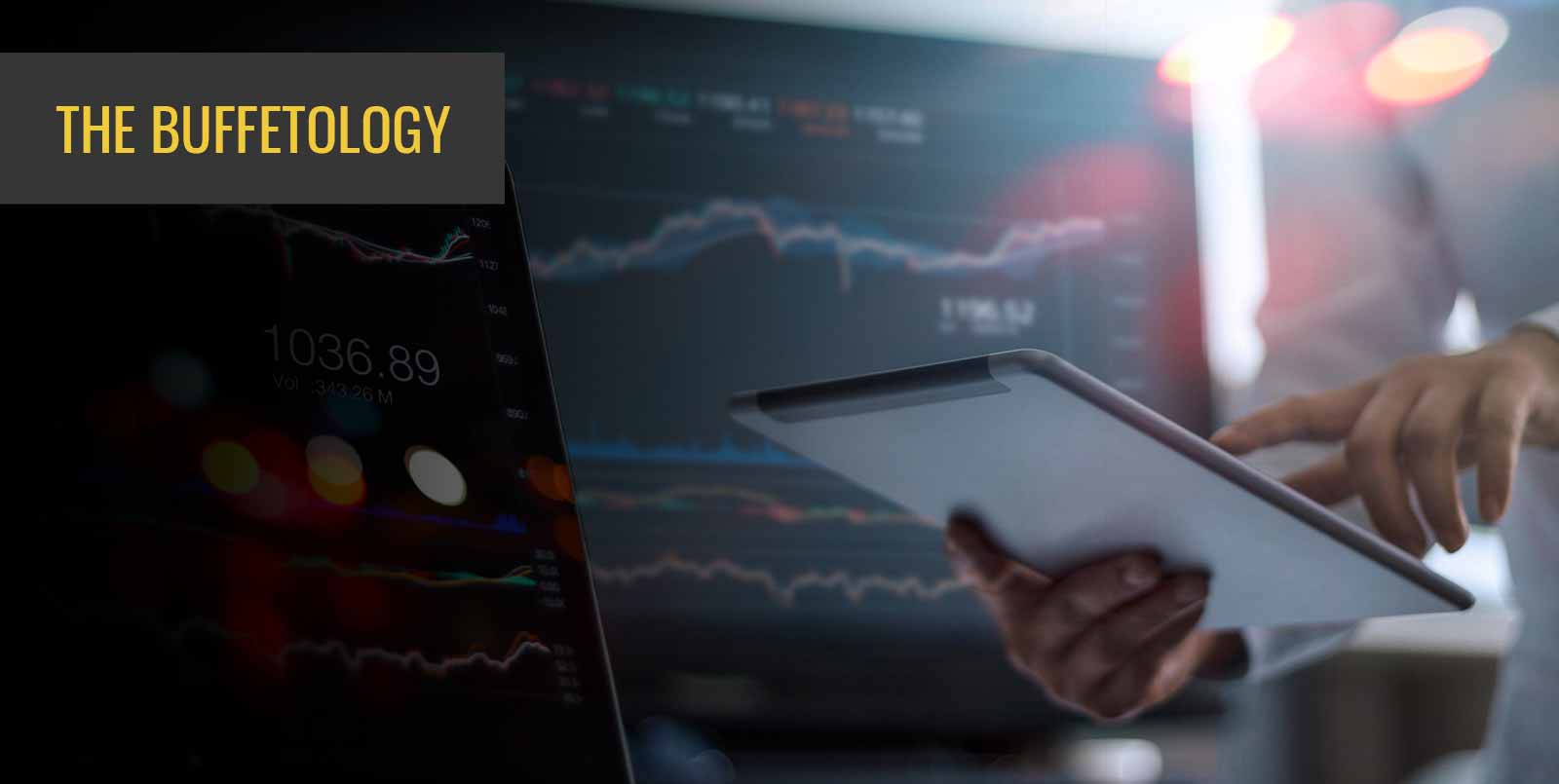 This particular blog would read a bit different from our regular blogs. Reason being, we are going to specifically speak about investing concepts that are more applicable for long term equity investment when many on the street are looking only for trading and short term opportunities.

While as an expert we suggest the newbie’s to start with mutual funds schemes, the direct equity culture is also witnessing growth and we feel one must understand how to go about investing in equity as an asset class as well. There has been a consistent rise in new (especially active) trading accounts. Those who have entered the equity markets in the past one year or after the Covid-19 pandemic had started. If we take a look at benchmark indices move over last one year, till date it had been sort of easy money in the equity markets. Whatever stock one has selected has provided sizable returns. But as we say such short term periods and moves do not define the equity markets. One needs to be a consistent player amid all peaks and troughs of the markets. And consistency comes from principled ways of investing. This blog would be helpful for those who want to be a consistent and long term player in the equity market.

There is hardly any investor who doesn’t know about the legendary investor who is ranked amongst the wealthiest people in the world. Warren Buffet, known for his style of ‘value investing’ and buying companies at dirt cheap prices, has created immense wealth for himself and for the investors in his company, Berkshire Hathway. Just to put it in numbers, the stock of Berkshire Hathaway Inc. (Class A) has provided a compounded annual growth rate (CAGR) of 21.67 percent since 1990. With such a high rate of CAGR the compounding impact has made it one on of the sought after investment. Thus, Buffett’s investment strategy is arguably considered the most successful ever. No wonder that Buffett’s legend has swelled to mythical proportions. Through this blog we are presenting some of the most important tenets of Buffett’s investment philosophy.

Movement of Berkshire Hathway Class A Shares Since 1990 (in USD)

When Buffett talks of investing, he has 2 basic rules.

Rule No.2: Never forget rule No.1. Many find this is funny, but Buffet says that these rules have helped him.

How to select a Company for investment

As for the selection of the companies, Buffet says that he likes to invest in companies that he fully understands. Further, he expects to hold on to his investments for a long period of time. And long means really long – in some cases more than a decade. He says, “I never attempt to make money on the stock market. I buy on the assumption that they could close the market the next day and not reopen it for ten years”. Further, Buffet is not concerned with whether the market will eventually recognise its worth. He invests in a company, and is concerned with how well that company can make money as a business. In simple words, Invest in business of the company. As the business grows the investor fraternity is usually quick to reckon the same.

So it is the combination of strong business, consistent growth and long term holding resulting in great compounding effect and wealth creation. To understand the idea of how to select a business for investment, he has given an example of his two best investment ideas.

As we mentioned earlier, Buffet has some different ideas for understanding a business. Buffett had once famously stated, “I will tell you why I like the cigarette business. It costs a penny to make. Sell it for a dollar. It is addictive and there is fantastic brand loyalty.” While he later stated that the tobacco industry was burdened with issues that made him change his opinion of it, this statement sums up Buffett’s description of the perfect investment. He has simplified the understanding of business and its products considering the sustainability and even the scalability. So while investing we must look at a good business idea, with sustainability and most importantly scalability.

In a similar style, Buffett made investments in Coca Cola. This is because the business is incredibly simple and easy to understand. The Coca Cola Company only produces the syrup concentrate – which costs a pittance to make. To distribute the drink worldwide, it sells franchise rights to bottlers in different geographical locations all over the world, who then mix in the carbonated water and sweeteners.

There you have the key ingredients to a Warren Buffett investment: simple to understand, huge profit margins and global distribution dominance. Let’s also not forget the brand power of more than 100 years. So, it is the simple approach of understanding the business that is the key to success. Of course, bear in mind that these are not the only things that Buffett analyses, but a brief summary of what he looks for. This would help the investor narrow down their search and select from that smaller pool. But one thing emerges clearly, longer the history of performance better the analytical view becomes.

Let’s take a look at how Buffett finds good value stocks by asking himself some questions when evaluating the relationship between a stock’s level of excellence and its price.

The first question to be asked is, whether the company has consistently performed well. Buffett always looks at the Return on Equity (ROE) to see whether or not a company has consistently performed well in comparison to other companies in the same industry. Note that looking at the ROE for only the past year isn’t enough. Investors should consider the ROE for the past 5-10 years to get a good idea of the company’s historical performance. Whether ROE is deemed good or bad will depend on what is normal among a stock’s peers. For example, utilities have many assets and debt on the balance sheet compared to a relatively small amount of net income. A normal ROE in the utility sector could be 10 percent or less. A technology or retail firm with smaller balance sheet accounts relative to net income may have normal ROE levels of 18 percent or more. Just to put it in a simple way, a good rule of thumb is to target an ROE that is equal to or just above the average for the peer group.  The formula for ROE is,

Secondly, check whether the company has avoided excess debt. Buffett prefers to see a small amount of debt, so that the earnings growth is being generated from shareholders’ equity as opposed to borrowed money. In India we have seen sectors like infrastructure, realty and even power sectors reeling under debt pressure and this led to severe underperformance for a longer period. Over the years we have seen how a few of infrastructure companies having excessively leveraged balance sheets and realty companies having excessive debt have faced issues in past one decade. Optimum usage of debt is good at least in growth stage. However excessive debt on balance sheet leads to disasters.

Following are few examples of the companies that witnessed significant increase in debt levels and have got delisted from bourses now, eroding wealth of investors.

The above examples clearly indicated that growth only funded through higher debt is not sustainable. Further a Few companies also had foreign currency convertible bonds on balance sheet. Even that has created havoc with companies like Opto Circuits, Geodesic getting cold shoulder from investors.

The third factor to look at is whether the profit margins are too high and whether they are increasing. The profitability of a company depends not only on having a good profit margin, but also on consistently increasing this margin. To get a good indication of the company’s historical profit margins, investors should look back into its records for at least a 5-year period. It is important to look for consistency here.

The fourth factor is how long the company has been public. Buffett typically considers only companies that have been around for at least 10 years. As a result, most of the companies that have had their initial public offerings (IPOs) in the past decade wouldn’t get onto Buffett’s investment radar. Further, he states that one should never underestimate the value of historical performance as it demonstrates the company’s ability (or inability) to increase shareholder value. Reason being, experience of such companies overcoming the challenges during economic peaks and troughs comes in handy.

The fifth factor is whether the company’s products rely on a commodity. It is likely that you think of this question as a radical approach to narrowing down on a company. However, Buffett sees this question as an important one. He tends to shy away (though not always) from companies whose products are indistinguishable from those of their competitors. If the company does not offer anything different from what is offered by another firm within the same industry, there is little that sets the company apart.

Last but not the least is whether the stock is selling at a 25 per cent discount to its real value. This is the clincher. Finding companies that meet the other five criteria is one thing, but determining whether or not they are undervalued is the most difficult part of value investing and Buffett’s most important skill.

Sounds easy, doesn’t it? Of course, Buffett’s success depends on his unmatched skill in accurately determining this intrinsic value (Net present value derived from future cash flows of company). While one can outline some of his criteria, one has got no way of knowing exactly how he gained such precise mastery in calculating value. However, if one tries to focus on five factors, a person may be able to avoid bad investments.