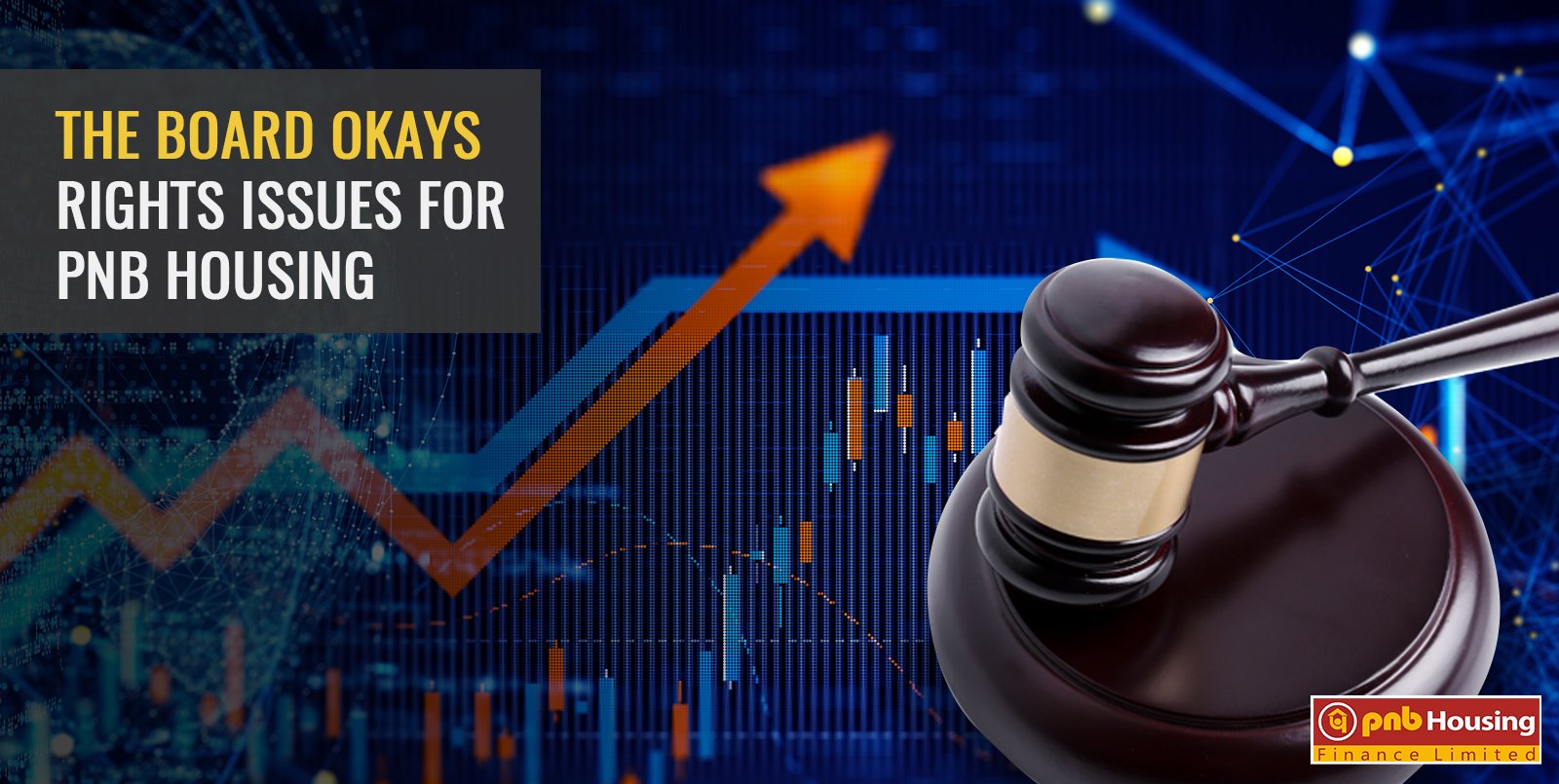 PNB Housing, promoted by PNB Bank, decided to raise equity funds through placing of preferential rights issues. Rights scrips are issued to existing shareholders, allowing them a privilege to increase their ownership percentage at a discounted rate. The company board met on August 19 and gave a green signal to the proposal of raising Rs 18,000 crore through rights issues route.

PNB Housing board has approved issuing preferential rights issues. Preferential shares have unique characteristics which separate these from regular stocks.

The decision is now pending for shareholders’ approval, and after that, more details will be issued. The company said that it would also seek consent from shareholders to issue debt securities worth Rs 45,000 crore.

PNB Housing Finance clocked a net profit of Rs 257.18 crore in June quarter which is 9.6 percent lower year-on-year mainly due to shrinking disbursement amid COVID-19 outbreak. The company also reported a slowdown in its interest income, which slipped 7 percent from last year’s June quarter. The loan asset reduced by 10 percent to Rs 68,009, whereas total loan disbursement plummeted to Rs 694 crore as against Rs 7,634 crores last year. The PNB Housing Finance share prices hit 52 weeks low in March when it traded for Rs 146. However, the last few months have been difficult for all industries across sectors.  Since March, the company’s shares have made a strong comeback, gaining 84 percent.

PNB Housing Finance approached promoter PNB Bank in July to ask its participation in the fundraising activity. PNB Bank has already agreed to infuse Rs 600 crore to help PNB Housing Finance build a capital base to be prepared when the real-estate sector revives from the slumber.

PNB Housing Finance suffered from a decrease in loan disbursal from last year due to COVID-19 pandemic; although month on month disbursement volume increased. But now since the real-estate sector is showing early signs of bottoming out, PNB Housing Finance is rebuilding the lending capacity that can give it a head start.