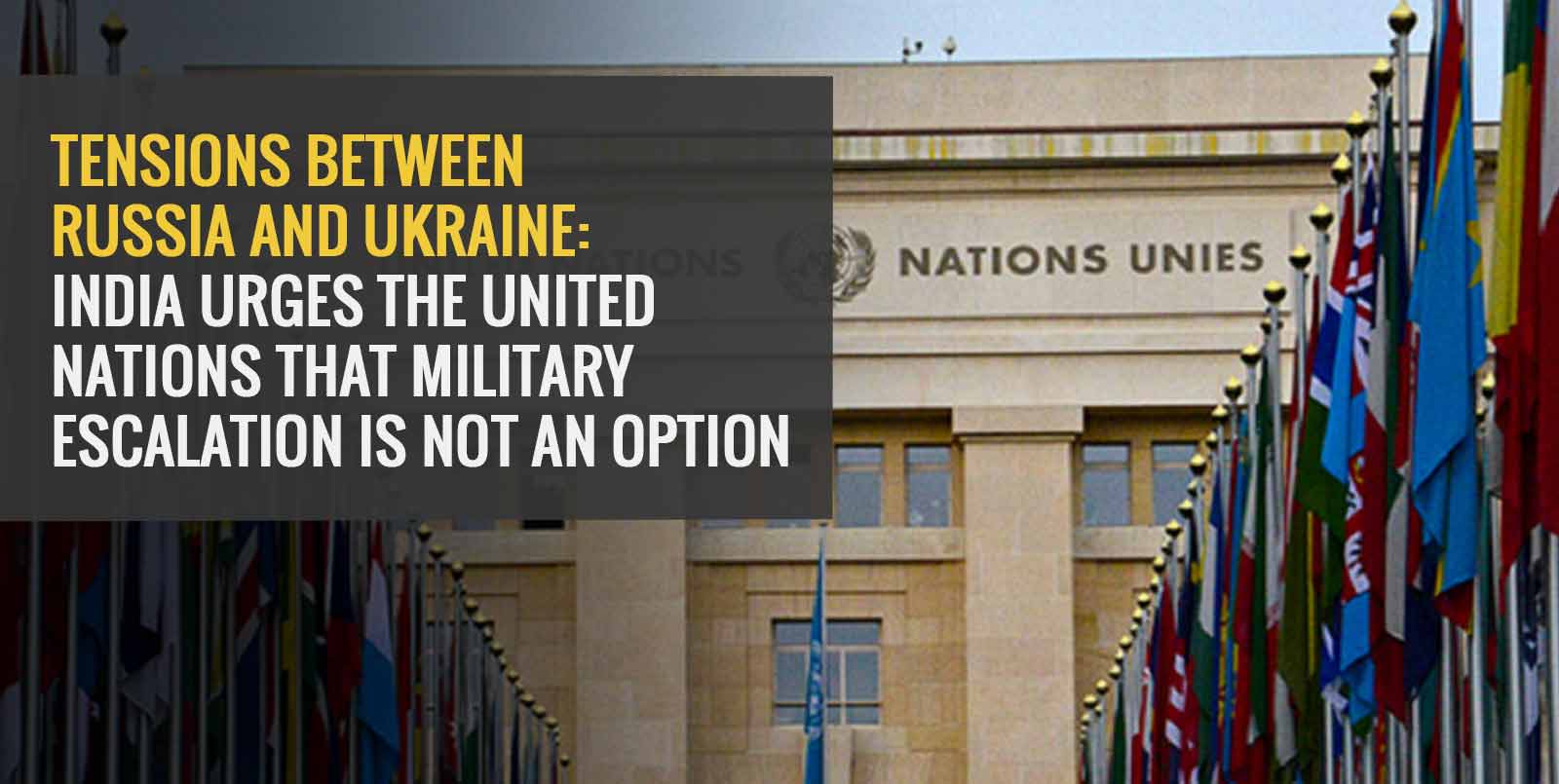 India’s balancing act in the Ukraine crisis became more difficult today, as Russian President Vladimir Putin approved a military intervention into the neighboring country. Ambassador TS Tirumurti, India’s Permanent Representative to the UN, warned that the situation is in risk of “spiraling into a major catastrophe” during an emergency meeting of the UN Security Council on the Russia-Ukraine issue.

Ambassador Tirumurti further said that if the matter is not handled correctly, the “peace and security of the area” would be jeopardized. “India has constantly championed at the United Nations the necessity for peaceful resolution of disputes in conformity with international law and agreements entered into by parties involved,” he added, reiterating India’s stand on peaceful methods of resolving conflicts.

India urged for a “de-escalation of tensions” and emphasized the need of diplomacy in resolving the situation’s difficulties. Ambassador Tirumurti repeated the “request to take more efforts to reconcile diverse interests,” as has been India’s attitude. He spoke about all parties’ “legitimate security interests,” which should be taken into account.

This is a repeat of New Delhi’s abstention from voting on a UN General Assembly resolution condemning Russia’s annexation of Crimea in 2014. India has even spoken out against the US and its allies imposing sanctions on Russia in response to the Crimean incursion.

New Delhi has strong and growing connections with the United States and is a key member of the Quad, which aims to resist China’s expansionist ambition in the Indo-Pacific. At the same time, India values its decades-long ties with Russia, which prevent New Delhi from siding with the West in what is fundamentally an eastern European battle.

Even though oil prices have reached $100 per barrel, India is keeping a close eye on the situation. India imports over 85% of its crude oil and half of its natural gas. The Asia-Pacific area, according to Moody’s, has minimal direct exposure to Russian or Ukrainian firms. Nonetheless, the area may be vulnerable to the conflict’s second-round repercussions.

UNSC will convene an extraordinary meeting to discuss the Ukraine issue

The Kremlin announced on Wednesday that separatists in eastern Ukraine had requested military support from Russia to help them combat Ukrainian “aggression,” a revelation that fanned suspicions that Moscow was providing a pretext for war, exactly as the West had warned.

A short time later, Ukraine’s president dismissed Moscow’s allegations that his nation is a danger to Russia, claiming that a Russian invasion would result in the deaths of tens of thousands of people.

Late Wednesday, Zelenskyy claimed he requested a call with Russian President Vladimir Putin, but the Kremlin did not answer. “This action might signal the start of a huge conflict on the European continent,” Zelensky said, referring to Putin’s decision to sanction the deployment of Russian military forces in eastern Ukraine to “keep the peace.” “You are told that this flame would bring freedom to the people of Ukraine,” he said, contradicting Russian propaganda. “But the Ukrainian people are free.”

Anxiety over a possible Russian invasion against its neighbor grew after Russian President Vladimir Putin acknowledged the separatist areas’ independence on Monday, supported army deployment to the rebel territory, and got the legislative authority to employ military action outside the nation. Sanctions were retaliated against by the West.

The rebel leaders wrote to Putin on Wednesday, asking him to help after Ukrainian bombardment killed civilians and ruined essential infrastructure, according to Kremlin spokesperson Dmitry Peskov. The rebels’ plea for Russian assistance, according to White House press secretary Jen Psaki, is an example of the kind of “false-flag” operation that the US and its allies have anticipated Moscow to employ as a pretext for war.

Earlier in the day, the Ukrainian parliament adopted a decree declaring a state of emergency throughout the country for 30 days beginning Thursday. In the “interests of national security and public order,” the law authorizes authorities to impose curfews and other movement restrictions, stop gatherings, and ban political parties and groups.

Following weeks of attempting to portray calm, the move indicated growing worry among Ukrainian officials. The Ukrainian Foreign Ministry cautioned against visiting Russia and asked any Ukrainians who were already there to leave immediately.