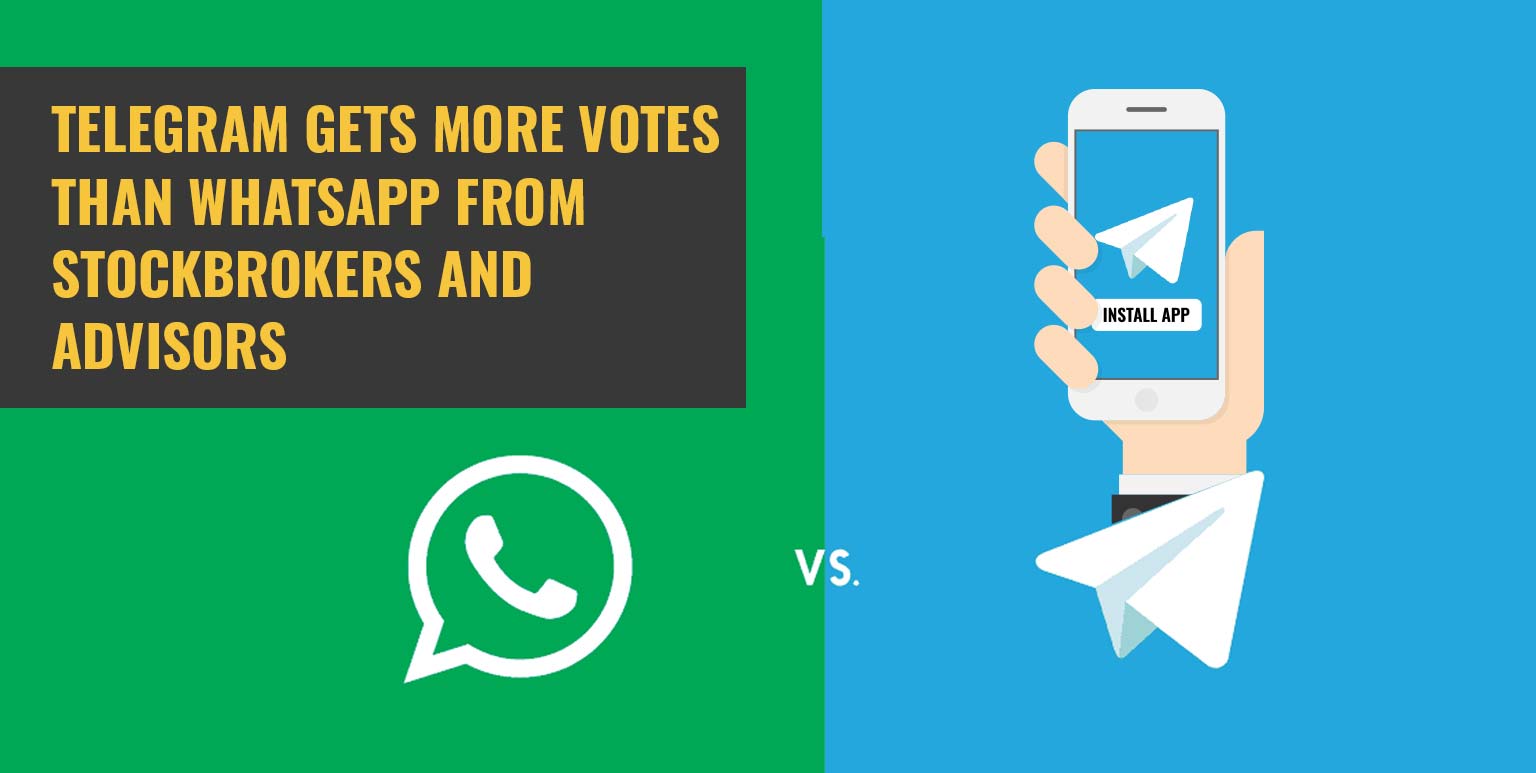 It’s 1-0 in the battle between Telegram vs WhatsApp. Recently the massaging giant, WhatsApp revised its Terms of Use policy which raised concern among different segments of the population. But much before the recent controversy, several brokerage and advisory firms have shifted to Telegram because of its wider customer reach and better admin control.

In a recent update in its Terms of Use, WhatsApp users have to accept the data grab policy of the messaging platform to continue to use it. The update suggests that users grant permission to owner Facebook and its subsidiaries to collect user info, including phone number and location. It has sparked debate among users over data security while using the platform. As a result, demand for Signal and Telegram spiked.

Over 100,000 new users installed Signal (it is Signal’s encryption technology that WhatsApp uses) after Elon Musk twitted about it. Twitter’s boss, Jack Dorsey, also endorsed Signal in his Twitter handle.

In the case of Telegram, several stockbroking firms and advisors said that they prefer using it over WhatsApp for better features. Unlike WhatsApp, it doesn’t have restriction in creating groups.

In WhatsApp, one can add a maximum of 256 members into a group. Telegram doesn’t have such limits, which means broadcasting a message becomes easy, and one can reach out to a large number of users at one time. Debi Prasad Baral, Co-founder, Financepeer said, “The performance is far superior, but the most important thing is getting connected to even lakhs of users in a single group.”

Telegram also let group admins manage their messages to send to selected individuals within a group. WhatsApp doesn’t have such control, which according to Baral is a major plus on account of Telegram. Telegram had these features from the beginning and let admin send broadcast messages and exercise content control over non-admin users, essential during the live market.

Baral isn’t alone. Several other broking agencies and advisors use Telegram because of the convenience of use, like Alok Jain of Weekend Investing, who also moved to Telegram many years ago. According to him, Telegram has a stabler desktop application, simpler to integrate with external applications, and has a better admin control. New users coming to the group can scroll up to see the previous conversations for reference, a feature absent in WhatsApp.

The recent update has caused a lot of concern among WhatsApp users. New installation of WhatsApp declined 11 percent in the first seven days of 2021, whereas registration for Signal and Telegram surged. Installation of Signal rose further after the like of Elon Musk and Anand Mahindra came out in support of it. Mahindra, Chairman of Mahindra Group, is the latest to sign up for Signal.