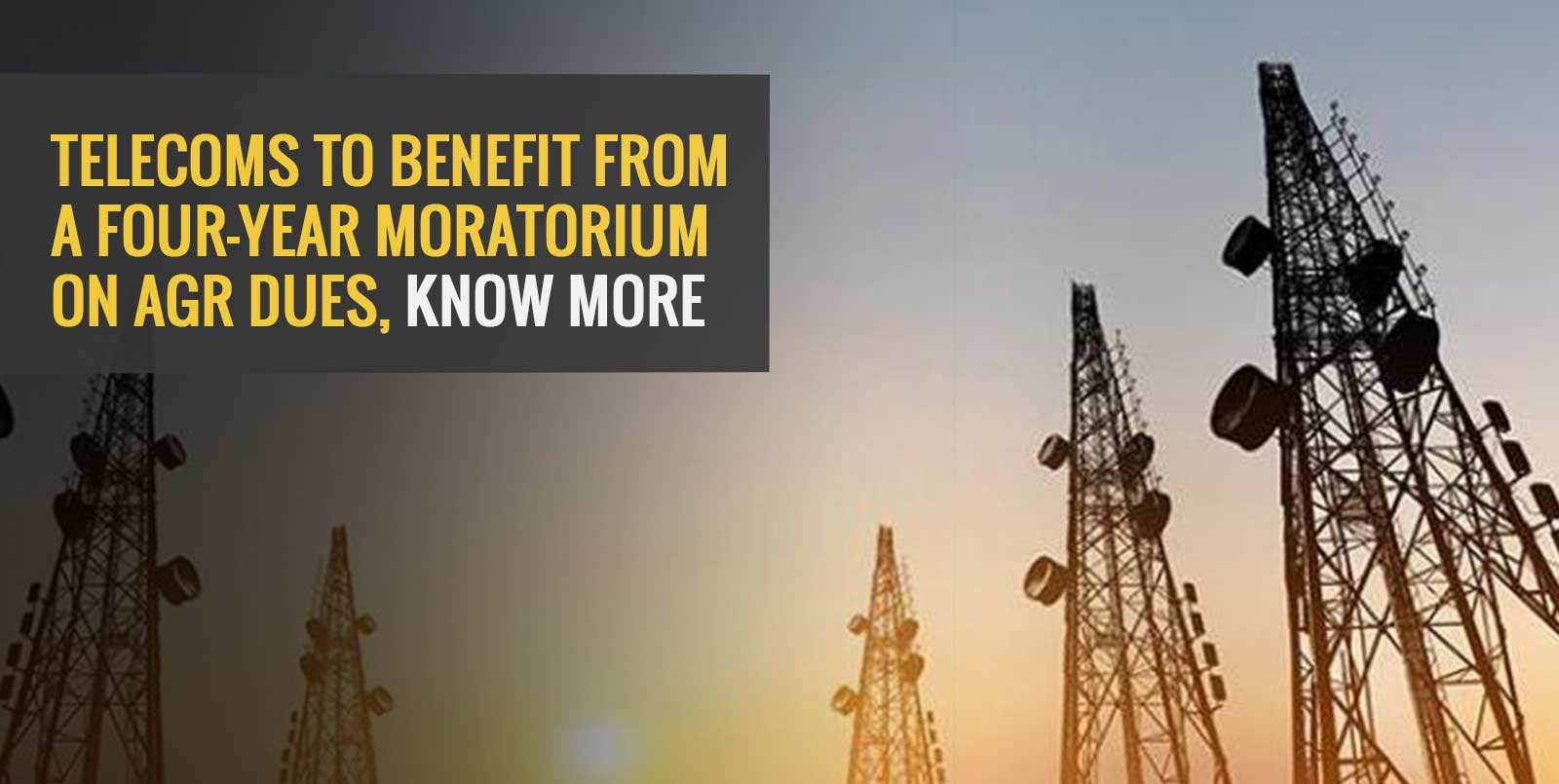 The Union Cabinet agreed to a rescue package for the telecom sector on Wednesday, which includes a four-year moratorium on telecom companies paying statutory dues and permitting 100 percent foreign investment through the automatic route.

Telecom Minister Ashwini Vaishnaw briefed on the Cabinet’s decisions, saying that nine structural reforms for the telecom sector were agreed. The definition of AGR has been simplified by removing non-telecom revenue from telecom companies, which has been a major source of stress in the industry. Revenues that are considered for payment of statutory dues are referred to as AGR.

The decision was made to simplify the definition of AGR. AGR will be stripped of all non-telecom revenue. On the payment of licence fees, spectrum user charges, and other costs, there was a regime of hefty interest, penalty, and interest on penalty.

Instead of monthly compounding, annual compounding will be used. The penalty has been abolished and interest rates have been offered. This will open the path for large-scale telecom investments.

“In future auctions, the spectrum will be auctioned for 30 years rather than 20 years. Also, if someone purchases spectrum and business conditions/technology change, the spectrum can be surrendered after a 10-year lock-in term by paying a spectrum charge. “Spectrum sharing has also been made entirely permissible, and it has been made completely free,” Vaishnaw added.

The Cabinet had approved 100% FDI in telecom via the automated method. A four-year moratorium on delinquent dues, AGR, and spectrum dues were among the measures adopted.

These steps are intended to help some industry players with cash flow concerns, as well as provide relief to corporations, who must pay thousands of crores of rupees in unprovisioned previous statutory dues.

According to experts, the government’s aid package is a welcome move toward bolstering the industry and safeguarding the survival of players in order to sustain robust competition for the benefit of customers. The removal of non-telecom revenues from the definition of AGR, as well as the elimination of the penalty, is a much-needed move. This additional burden has previously harmed the telecom industry, but it will now allow telecom operators to increase their capital investments.

For all Telecom Service Providers (TSPs), the Cabinet approved the following:

1) A moratorium or deferral of up to four years in annual payments of dues deriving from the AGR judgement, with the Net Present Value (NPV) of the due amounts protected.

2) For up to four years, there will be a moratorium/deferral on due payments for spectrum obtained in previous auctions, with NPV protected at the interest rate set in the various auctions.

3) TSPs have the option of paying the interest due to the said postponement of payment through equity.

4) At the Government’s discretion, at the end of the Moratorium/Deferment term, convert the due amount corresponding to the abovementioned postponed payment into equity, with criteria to be agreed by the Ministry of Finance.

What exactly are AGR dues?

The AGR is the amount that telecom providers must pay to the Department of Telecommunications (DoT) in licence fees and for using the airwaves. When the Supreme Court ruled in the Centre’s favour in October 2019, the total debt owed to telecom operators was estimated to be over Rs 1.69 lakh crore.

What is the TRAI, and what is its function?

TRAI’s purpose is to defend consumers’ interests while also fostering circumstances for the expansion of telecommunications, broadcasting, and cable services in a way and at a speed that will enable India to play a major role in the growing global information society.