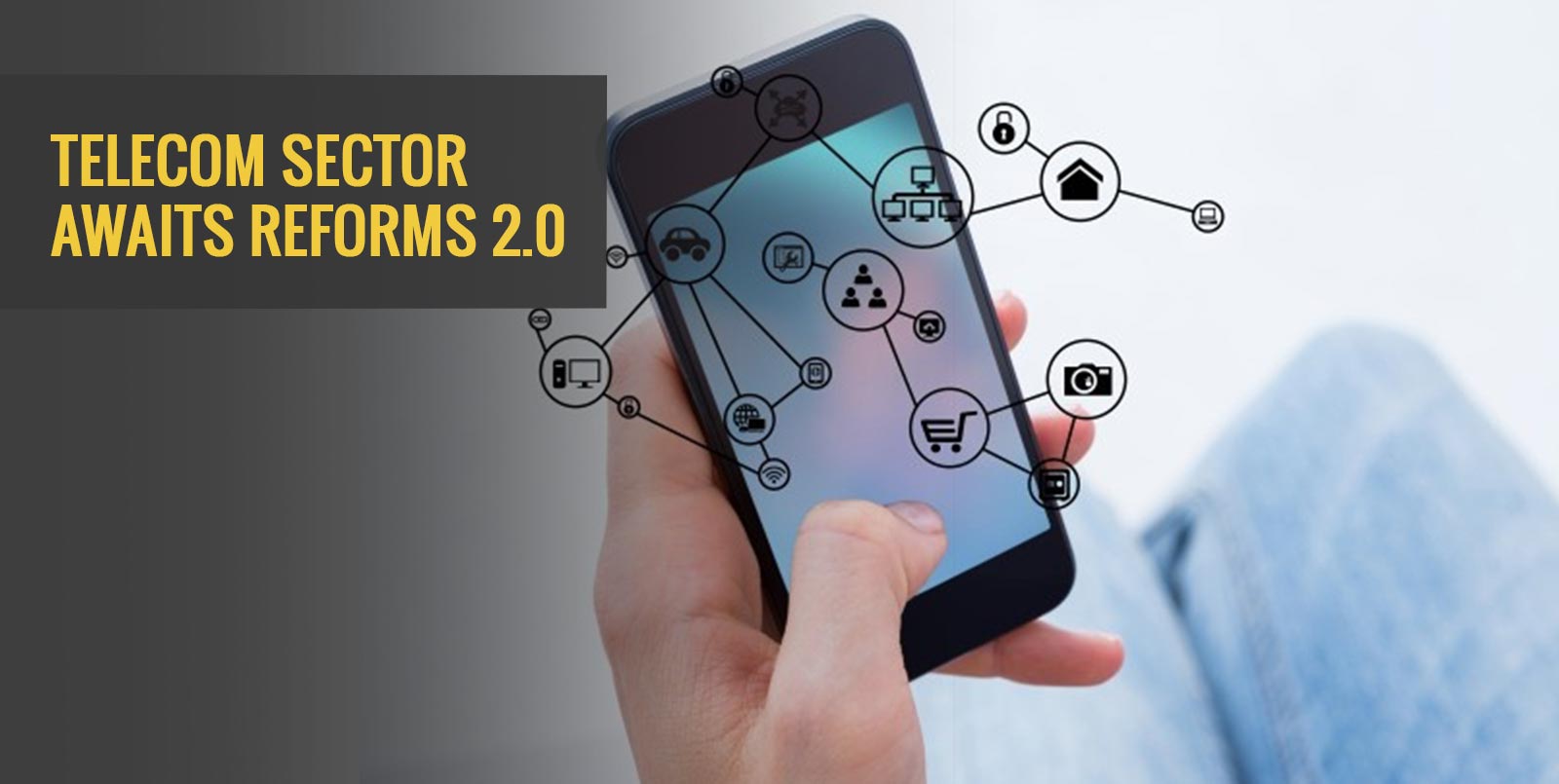 The telecom sector will soon witness its second series of reforms, which will focus on creating and empowering mobile phone operators so as to touch the farthest corners of India and expand abroad, according to news reports citing statements by the Cabinet minister for IT and railways.

The minister also noted that the pricing of the spectrum would need to take into account the fact that telecom services have the onus of doing good for the public. This would mean that the pricing of the spectrum should also ensure that operators have adequate resources so that they have the means and capacity to expand networks and ensure quality. As part of the second tranche of reforms, the minister noted that the payment and pricing mechanisms for spectrum auctions are being evolved and are likely to be announced in the near future.

More recently, on September 15, the Cabinet gave its nod for nine telecom sector reforms that are expected to resolve long-term problems of telcos and also cater to their liquidity requirements over the short term. The government has announced a telecom relief package of an estimated Rs 45,000 crore.

One of the key reforms that were announced includes the four-year moratorium on dues payment of AGR, following the Supreme Court’s judgement last year on the issue of adjusted gross revenue (AGR). The apex court had in its verdict on the AGR dues case stated that telecom companies could make payments of pending AGRs in a staggered manner. The SC also said companies would have to pay 10 per cent of the overall dues pending upfront as part of annual payment installments.

AGR refers to a system in place between the telecom companies and government over sharing of fees. The telecom companies that moved from the fixed license to the revenue sharing of fees model in 1999 are required to share a percentage of the revenues with the government.  It was in 1994 that the telecom sector went through liberalisation as part of the National Telecom Policy. Companies were given licences for a fixed fee. However, in 1999, the companies were given the choice to migrate from the license fee model to the revenue sharing fee model.

The AGR dues case cropped up because there was a dispute over the issue of what exactly constitutes AGR. The government had maintained that AGR would include all revenue from telecom and non-telecom services as well but the operators maintained that it would have to mean only revenues only from the core telecom services. The AGR definition issue has been a long-pending one, lasting nearly 15 years.

The latest reforms announced on September 15 have sought to redefine AGR and non-telecom revenues have been excluded from the AGR definition.

The government also announced a spectrum payment moratorium on dues that may have arisen out of spectrum purchase at auctions held in the past. This move, according to experts, is a step aimed at stopping the drain of funds over the short-term. According to data from ICRA, a rating agency, cited in news reports, the moratorium on AGR dues will offer a relief on cash flow annually to the tune of Rs 14,000 crore while spectrum payment moratorium on dues is expected to offer a further relief of Rs 32,000 crore in terms of cash flows annually for the telecom industry.

The other big reform as part of the recent first set of big bang reforms includes the allowing of 100 per cent foreign investment via the automatic route. Thus far, only up to 49 per cent was permitted through the automatic mode while anything beyond would have to pass through the government route. The government has also scrapped the spectrum usage charge (SUC) for airwaves that are acquired in auctions in the future.

Spectrum auction: What it envisages?

Wireless phones or mobile phones need signals for connections from one end to another. Airwaves carry these signals, and these airwaves need to be at set frequencies so that there is no interference. It is the government that holds ownership of all airwaves. As the Internet and wireless usage grows, there is a regular need for the provision of more signals. The government auctions airwaves that carry signals at different frequencies every now and then. The airwaves also go by the term spectrum, which is further categorised under frequencies and bands.

In 2021, on March 1, India held its first spectrum auction of the year. The auction was held for multiple bands starting from 700 and ending at 2500 MHz bands. The frequencies were across service bands of 2G, 3G, and 4G.

Reports note that the Telecom Department has recently sought Telecom Regulatory Authority of India (TRAI) recommendations on spectrum pricing, its quantum, and aspects related to radio waves as preparations are underway to hold 5G spectrum auction in the future. In the previous round of the auction that was held in March 2021, bids that won came in at more than Rs 77,800 crore for the spectrum of 855.6 MHz, as per reports.

Meanwhile, consumer spending on mobile services rose for six consecutive quarters for the quarter ended March 31, 2021, going up by 2.6 per cent quarter-on-quarter, according to reports. Also, the pan-India average revenue (blended) for each user, across postpaid and prepaid plans went up 1.9 per cent on a sequential basis during the three months ended March 2021, as per TRAI data.

Now, with the first set of telecom sector reforms announced in September 2021 and the expected second set, the industry is expected to get a further shot in the arm, observe experts. It may be recalled that after the first set of reforms were announced, telecom stocks rose even as benchmark indices hit new intraday highs. Also, according to news reports citing NSDL data, foreign portfolio investors invested nearly 37 per cent of their overall inflow of Rs 11,000 crore into telecom stocks in the past one and a half months (as of September 30).

The telecom sector awaits a second round of reforms, revolving around the creation and strengthening of mobile phone operators so as to touch the farthest corners of India, according to news reports citing statements by the Cabinet minister for IT and railways.  The second set of reforms, following the big bang reforms and telecom relief package announced in September this year, will also evolve pricing and payment mechanisms for any upcoming 5G spectrum auction or other airwaves auctions in the future

AGR stands for adjusted gross revenue. It refers to the revenue fee sharing mechanism between telecoms and the government. The latest reforms exclude non-telecom revenues from the definition of AGR.

Wireless signals travel over airwaves which are called spectrum. Telecom operators can send and receive signals at different frequencies to facilitate communication.

The government conducts spectrum auctions from time to time. The first auction in India was held in 1994.

Thus far, there has been one spectrum auction on March 1, 2021, when the government earned a little more than Rs 77, 800 crore.

The National Telecom Policy 1994 was aimed at opening up the markets for foreign and domestic investment in the telecom sector, and paved the way for liberalisation of the sector.

The Union Cabinet has approved foreign direct investment of 100 per cent through the automatic route.