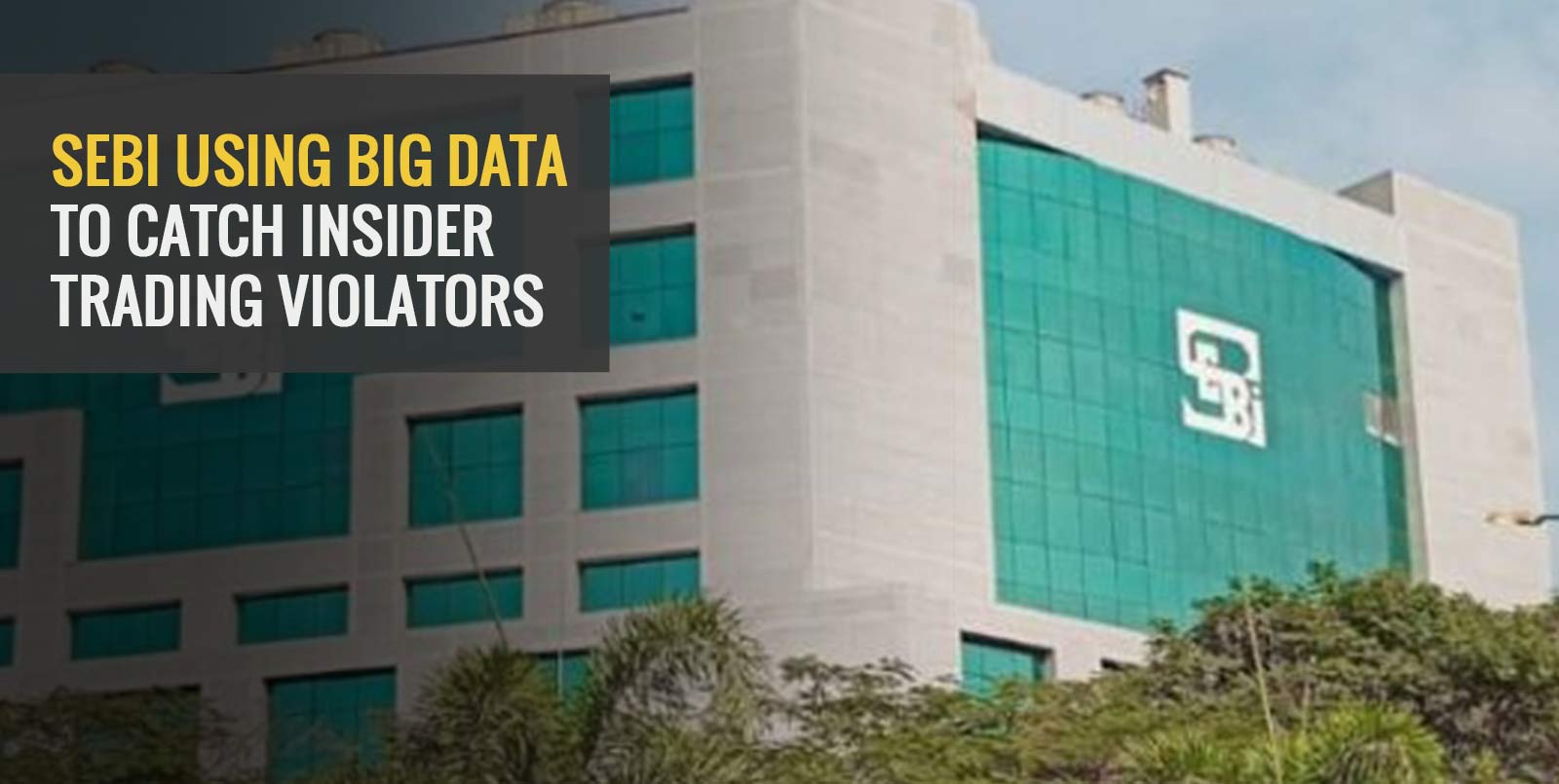 The Securities and Exchange Board of India (SEBI) is revamping its systems to cast a wide net to catch violators of India’s stock market regulations. Traditionally, the capital market regulator had relied on tips and data from stock exchanges to investigate violations. However, an ever-increasing complex strategies employed by these violators have forced the watchdog to up the game.

SEBI is now combining technology with abnormal activities to stocks to build fool proof cases against violators. Once it suspects any wrongdoing, the regulator uses data analytics, bank transactions, social media connections and call records as evidence to build a stronger case.

It has used these new methods to complete investigations of 140 cases and take up 94 new cases of alleged violations from 2020-21.

Let us dive into the details of SEBI’s approach to catch white-collar crimes.

Insider trading is a market crime where a person buys/sells a company’s shares based on inside information that is not yet available to the public. Such unpublished price sensitive information (UPSI) could be financial reports or data on dividends, mergers and acquisitions etc.

SEBI tracks insider trading via a system to generate alerts for abnormal fluctuations in a stock’s price or volume activity. Once it detects an alert, the regulator tries to find the insider’s identity. He/she is usually key managerial personnel of a listed company and can be found among the company board, promoters, auditors or personnel handling sensitive information.

The second step for tracking insider trade is to understand what constitutes the UPSI. This can include anything from unpublished financials to information about a major contract. Lastly, SEBI will try to find out who traded and profited from this data.

India’s first major law preventing insider trading was the PIT regulation of 1992. Under this law, companies had to follow a model code of conduct to prevent price-sensitive information leakage. The second major overhaul was in 2015 based on the recommendations of Justice N.K. Sodhi committee.

This led to a change in the code of conduct, from being rule-based to principle-based. The next big change came in 2019 with the TK Vishwanathan panel report. With this, companies had to place policies to conduct inquiries into incidents of leakage of sensitive information. It also prohibited open communication and access to UPSI.

Challenges to Finding out Insider Trading

Insider trading is much more difficult to detect compared to other market violations. When nefarious insiders use unrelated proxies to make trades, the capital market regulator will need to establish their connection.

Most cases related to insider trading lack disclosure and trading on alleged information. In addition, it is very hard to establish the connection between leaked information and gains made from their disclosure.

Moreover, SEBI was not given even basic investigative powers until very recently. It was given the right to check phone data records only in 2014, and even today, it does not have the power to tap phone records.

Moreover, the lack of proper investigative tools and challenges in gathering evidence has resulted in SEBI’s lacklustre performance.

SEBI has developed a new in-house platform to scan derivative trades and flag suspicious transactions. It scans around 20 million trades every day and analyses complex trading data. This platform then tallies them with information like the IP address making the trade or overall delta positions of individual traders.

SEBI also uses various other factors besides trading patterns to corroborate evidence. For example, it uses call data records to track data about insider trading and social media accounts like Facebook and LinkedIn to establish connections.

SEBI’s IMSS system checks social media sites like Facebook or LinkedIn for alert generation and data analysis. It checks posts after corporate announcements and changes in price/volume of scrip to establish connections.

As per the information in late 2019, SEBI intended to spend around Rs. 500 crores to develop its new systems in the next five years.