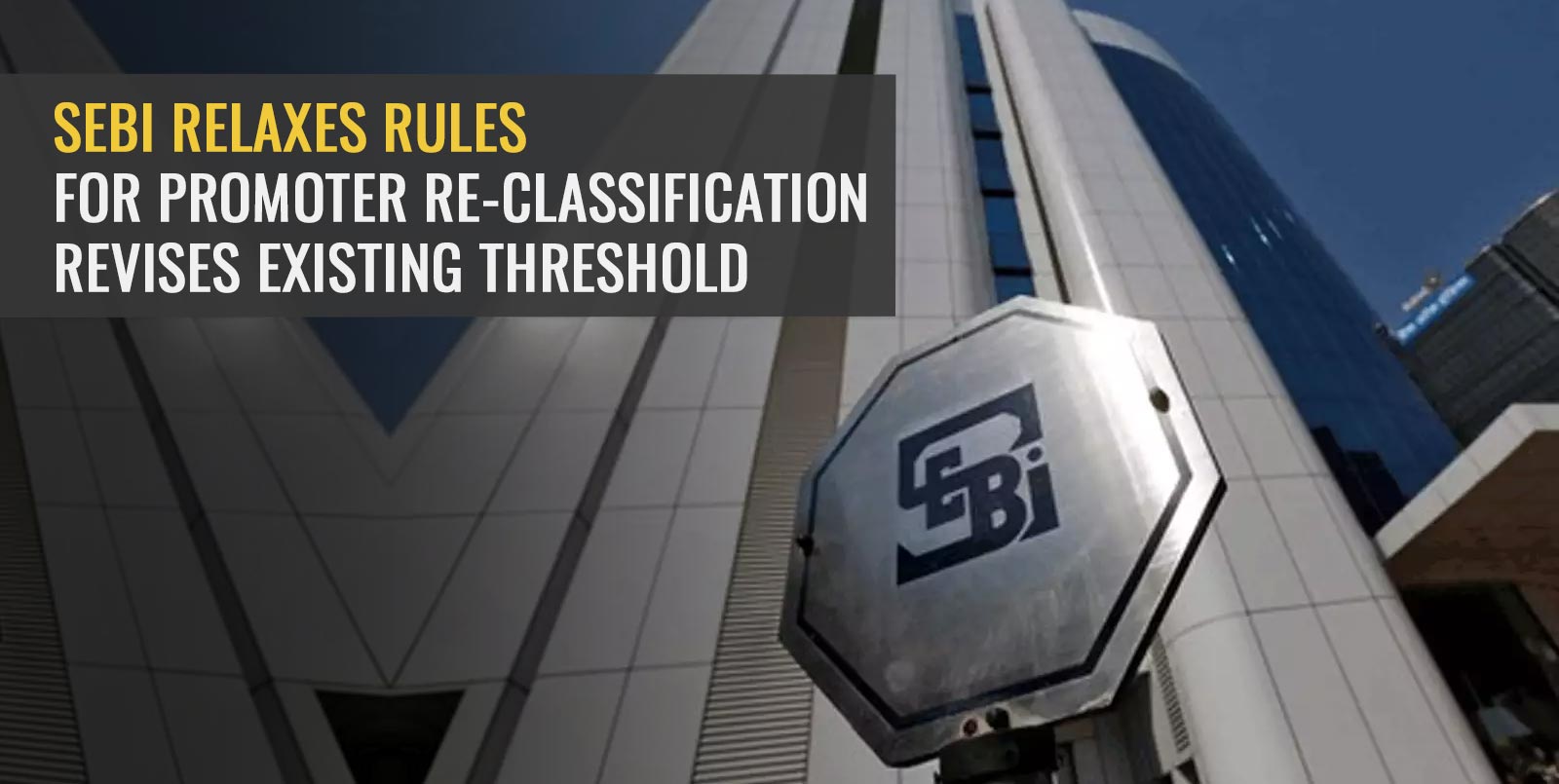 The market regulator has agreed to relax the current promoter re-classification norms to change status from promoters to general shareholders. After receiving several requests from different parties, the market watchdog decided to alter the current eligibility threshold from 10 to 15 percent. In a public consulting paper issued, SEBI proposed re-classification of promoters’ resolution and said it is open to receive a general opinion on it.

Promoter re-classification is a process through which promoters of listed companies change their status to general investors. Under the current scenario, if promoter share falls below 10 percent, then the promoter can opt-out from their current role. The re-classification will allow promoters, who aren’t involved in day-to-day activities of the company and holding less than 15 percent stakes, to alter their status without reducing their shareholding.

Public listing is a process for promoters to lower their shareholding in a company. When promoter stakeholding falls below a certain level, they can opt for re-classification as general shareholders. Earlier promoters with more than 10 percent but less than 15 percent stakeholding faced difficulties in changing their status, but in most cases, they were minor promoters and weren’t involved in daily decision making of the company.

SEBI has been providing relaxation on case to case basis. However, the new SEBI rules for promoting public shareholders will help to reduce the number of exemptions and make the whole process more transparent.

The current provision requires the board to directors to review promoter classification request before placing it for voting before shareholders. SEBI also proposed to reduce the gap between the board of director’s meeting and shareholder’s meeting from three months to one month.

SEBI invited public feedback on the matter and kept a special feedback window open till December 24.

Exemptions For Pursuant of Open Offer

Re-classification of promoters’ resolution aims to accelerate and simplify the process, will also promote general shareholders. The current framework doesn’t specify a timeline for the company to place the re-classification proposal before the board, which adds to the ambiguity. The new norms will lower the threshold, allow exemptions to non-existing promoters, and reduce the number of earlier exceptions offered on a case-to-case basis.

The market regulator has agreed to listen to market feedback regarding the changes in the SEBI re-classification rules to change the status of erstwhile promoters to general shareholders. The proposal will add objectivity to the existing process of re-classification of promoters of listed companies.