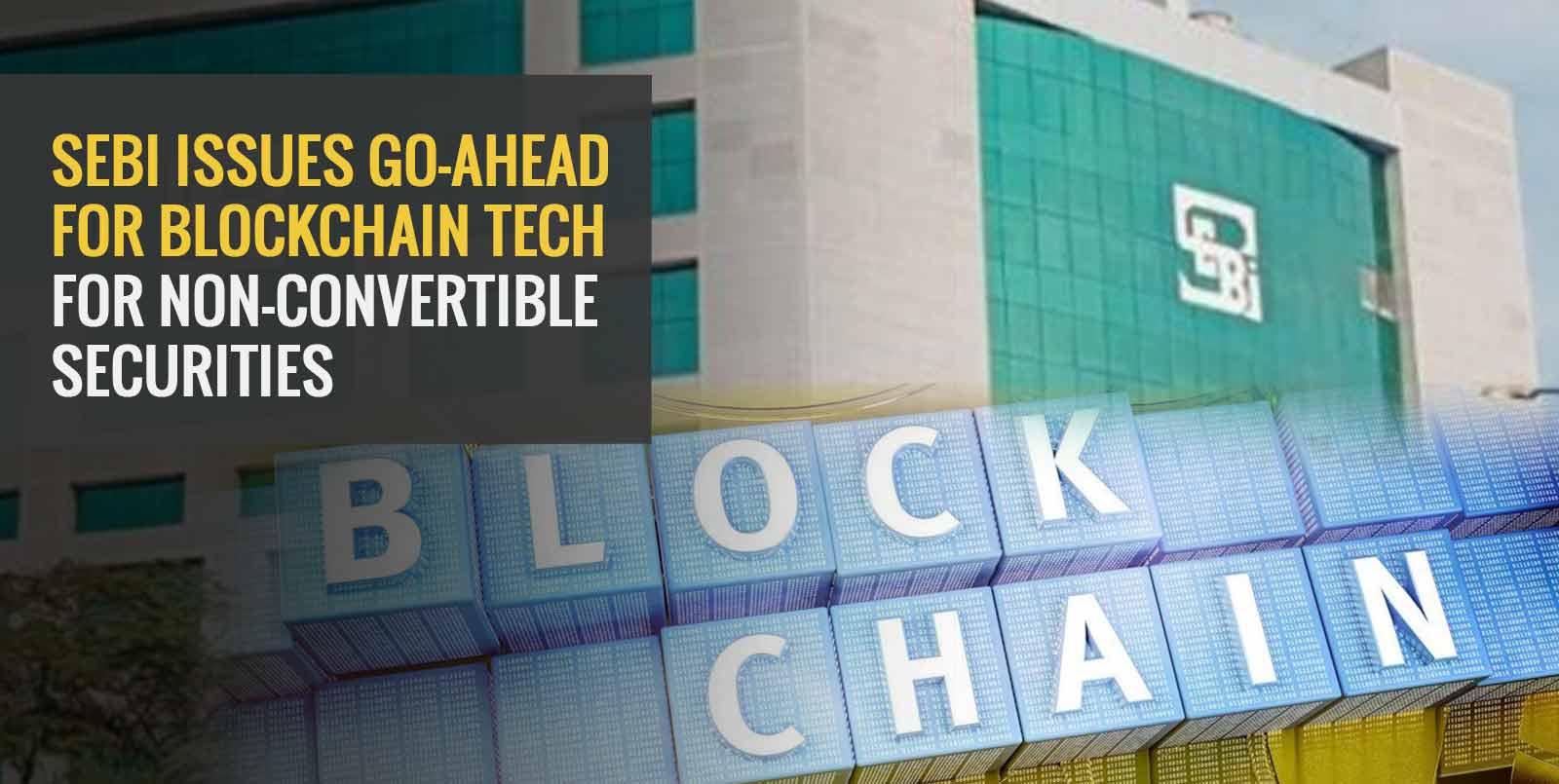 Capital markets regulator SEBI has on Wednesday directed depositories to use blockchain technology to ensure that record keeping of securities is safe and monitored. The distributed ledger technology (DLT), on which blockchain is based, would be used to record and track the credit ratings of NCDs or non-convertible debentures, according to SEBI.  The technology would be brought into effect from April 1, 2022. The system would be tested from January 1, 2022.

The regulator said the development of a platform that would be hosted by the depositories is underway. This platform would ensure a secure system and monitor bond covenants.

Distributed ledger technology is a decentralised database which is handled by several participants across many nodes. Thanks to DLT, any information which is shared once cannot be deleted and all updates are recorded on a permanent basis.

According to SEBI, the new-age technology is expected to offer a system that has greater resilience than conventional databases that are centralised. Also, it noted that DLT would ensure greater protection from any kind of cyber attacks because it is distributed rather than being a centralised technology.

Further, SEBI has sought depositories to offer secure login details to credit rating agencies, issuers and trustees of debentures among others to record and verify information. It has also asked depositories to share information among each other in order to maintain an integrated system. Depositories have also been asked to generate a mechanism to send out alerts to all stakeholders involved in the submission of information, and subsequent actions such as acceptance or rejection.

Thanks to the use of DLT, a shared system would be in place where all stakeholders concerned can see the data. For example, a debenture trustee would need to update payment of interest details within seven working days of the due date. Also, every half year, the issuer would need to share the audit certificate pertaining to the debenture’s asset cover. Monitoring would be easy because of the distributed ledger technology.

The market watchdog had reportedly formed a working group of its officials, stock exchanges, depositories and the Trustees Association of India in November 2020 to recommend methods to strengthen security creation. The workshop also sought recommendations on monitoring of securities, covenants of NCDs and asset cover.

The Securities and Exchange Board took cognisance of the emerging technology back in 2017 and formed an advisory panel called the Committee on Financial and Regulatory Technologies (CFRT) to study fintech trends and solutions, and their impact on the markets in India. A key area where blockchain/DLT will likely play a role in the future, according to experts, is in settlement of trades. Currently, settlement is done in T+2 days, where T is the day of trade. If blockchain were to be used, settlement has the potential of being done in real-time. In the first half of August 2021, SEBI set up a panel to address issues pertaining to the proposed rolling out of a T+1 settlement system that can potentially boost liquidity and turnover of trades.

In April 2021, a discount broking firm suffered a breach of security, leading to exposure of sensitive data pertaining to its customers. In view of this breach, SEBI had then mandated all intermediaries and institutions to follow its April 2019 guidelines. Accordingly, it sought brokerages and exchanges to identify their key IT assets and protect them by the use of controls and tools. The use of blockchain technology in the future would likely curb such events.

Market regulator SEBI has directed depositories to use distributed ledger technology to record and keep an eye on credit ratings on non-convertible debentures. SEBI has also asked depositories to develop a platform that will ensure security and monitoring of securities and bond covenants. The new system, which will be put in place by April 2022, will be tested by January next year.

What is distributed ledger technology?

Distributed ledger technology is a decentralised system which ensures real-time access and updating of records, across multiple locations and entities. Any information that is once stored on the DLT database cannot be erased and all updates are permanent.

What is SEBI’s latest directive to depositories on DLT?

SEBI has asked depositories to put in place a platform using distributed ledger technology to monitor securities and covenants. The platform would be hosted by depositories and will come into effect from April 2022.