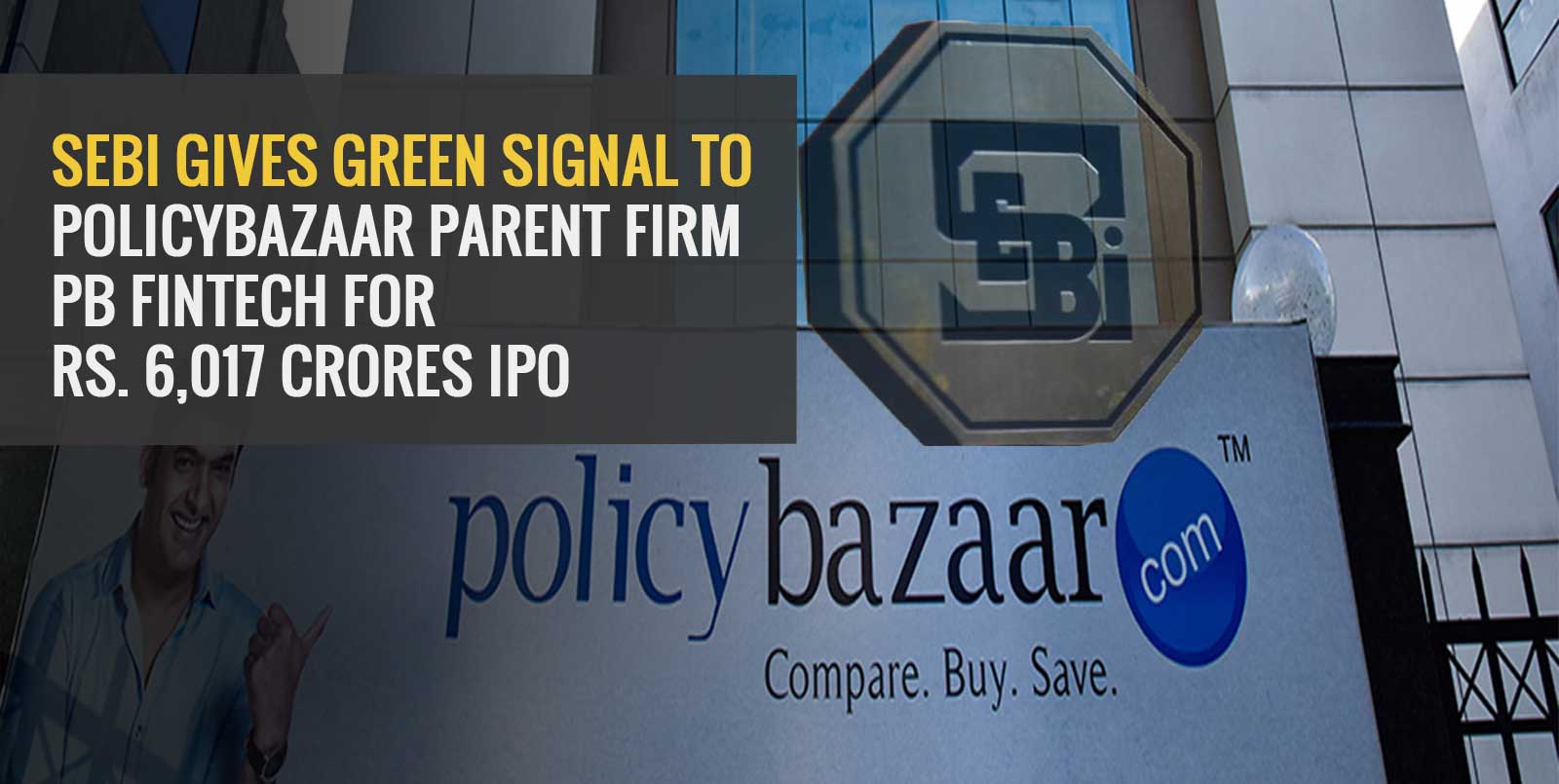 PB Fintech, the parent company of online marketplaces such as PaisaBazaar and PolicyBazaar, has received SEBI’s approval for its initial public offering. The company filed its DRHP on 2 August 2021 to raise Rs. 6,017 crores through a public offering. According to people familiar with the developments, PB Fintech would be having a valuation of nearly $6-7 billion for the IPO.

Let’s take a closer look at the details of the matter.

A Detailed Look at the Proposed IPO

PB Fintech, a Gurgaon-based company, plans to go for its public offering anytime around Diwali this year. Of Rs. 6,017 crores, PB Fintech IPO would include an offer for sale of Rs. 2,267 crores by the existing shareholders and investors. In addition, there would be an issuance of fresh shares worth Rs. 3,750 crores.

Founders of PolicyBazaar, including CEO Yashish Dahiya, would be offloading shares worth Rs. 392.50 crores. Yashish Dahiya founded PolicyBazaar along with Avaneesh Nirjar and Alok Bansal in June 2008. Dahiya currently owns a 4.27% stake in the company.

SoftBank Vision Fund Python, which owns a 9.75% stake in PB Fintech, intends to sell off shares worth Rs. 1,875 crores. In addition, Alok Bansal and Yashish Dahiya, the co-founders of PolicyBazaar, plan to sell shares amounting up to Rs. 350 crores.

As per the draft red herring prospectus, three of the other promoters also plan to offload their shares worth Rs 47.5 crores. However, Chinese tech giant Tencent which has a 9% stake in the company, does not intend to sell its shares.

Know the Objectives of the IPO

PB Fintech intends to use the proceeds from its IPO for the following purposes:

A Brief Outlook of the Company

PB Fintech is one of the top online platforms in India offering insurance and lending products.

The company launched PolicyBazaar in 2008, aiming to provide more information about insurance policies to let people have more choice and transparency. It is a major online platform with over 51 insurer partners offering 340 types of insurances as of March 2021.

According to Frost & Sullivan, PolicyBazaar was the biggest online insurance platform in the fiscal year 2020, with a massive 93.4% market share. Notably, 65.3% of all insurances sold digitally were routed via PolicyBazaar. As of March 2021, PolicyBazaar claims to have 4.8 crores registered users who bought more than 1.9 crores policies from its insurer partners.

In 2014, PB Fintech launched PaisaBazaar to allow individuals to choose personal loans and credit cards in a convenient and transparent manner. With over 54 banks and NBFCs as partners, this platform offers a diverse range of products in segments such as personal loans, business loans, credit cards, home loans, and more. As per Frost & Sullivan, PaisaBazaar owned a 51.4% market share of India’s digital lending space in 2020.

PB Fintech entered the unicorn club in 2018 after SoftBank invested $200 million in the company. Recently, in April, the company raised $75 million from Falcon Edge Capital to expand its businesses in the UAE.

As per their draft prospectus, the company plans to raise around Rs. 750 crores ahead of the initial public offer. The method of implementation here will be to place equity shares privately.

The company is officially listed as a foreign-owned and controlled entity. Consequently, to ease the IPO process, it is trying to be listed as a professionally managed business entity. PB Fintech will release more information about its IPO gradually.

To stay updated about IPOs, stock markets, and investment, make sure to follow Angel One blogs.

The dates of PB Fintech IPO are yet to be decided.