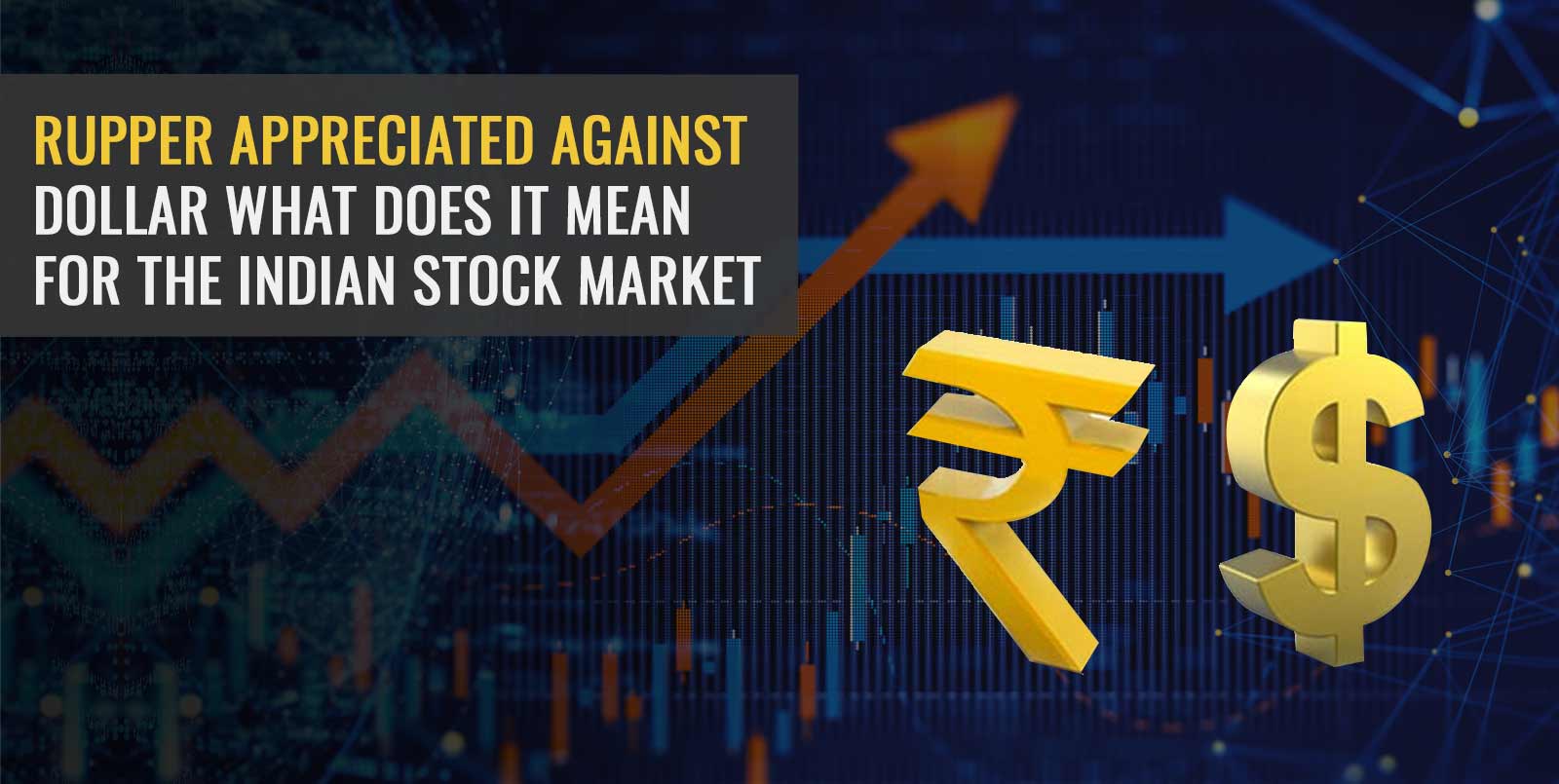 In the forex market currencies are traded in pairs

in finance, exchange rate refers to a rate at which one currency is traded for another. It also indicates the value of a domestic currency against another’s country’s currency. Forex exchange rate impacts international business and financial transactions. Most often than not, domestic currencies are quoted against the US dollar. When a currency appreciated against the dollar, meaning there is a rise in demand for the domestic unit, which caused its value to rise. Conversely, when one currency depreciates in value, it means demand for that currency has declined. This rate keeps fluctuating, influenced by the demand and supply factors.

When a currency appreciates, it becomes dearer against the dollar. It makes import cheap. On the other hand, export becomes costlier for foreign consumers and also contributes to widening the trade deficit. However, appreciating currency would attract foreign investors, which will propel the country’s growth. Hence, sometimes authorities allow the domestic currency to rise to boost the domestic economy.

On December 9, the intrabank forex market for rupees opened at 73.58 against the dollar and appreciated further to close at 73.49. The day before, domestic unit surged by 30 paise to register one and a half month high of 73.60. Strong inflow of foreign investment into the domestic market and opening of domestic unit, assisted in rupees appreciation.

What is the market expectation from the recent surge?

Analysts, however, think that RBI intervention and steady US dollar would keep appreciation bias limited. But on the other hand, robust foreign investment would also limit depreciation. Overall,  stability to prevail. Again, ahead of global key events, investors would tread cautiously before investing further, which might stabilise USD/INR further in the market. However, the dollar index, which measures the strength of the currency against a basket of six currencies dipped 0.17 percent to 90.81.

The past observation shows that rupee and SENSEX have moved shoulder to shoulder. Data from the past ten years reveals that whenever rupee appreciated against the US dollar, SENSEX has also moved forward. Both share a strong positive correlation which the analyst uses to predict stock indices movement. Experts attribute the correlation to the common factors that impact both the exchange rate of the domestic unit and the indices. It explains the current performance of the market indices in the stock exchanges. In the equity market, both SENSEX and NIFTY continued to rally, aided by a strong inflow of foreign institutional investment, which continued from November. In December, FII investors have invested Rs 14000 cores in the Indian equity market.

Both stock indices and rupee value are directly and indirectly affected by several common factors like domestic and global economic outlook, governance, trade deficit or surplus, FII inflow and outflow, monitory policies, and more. The strong correlation works both ways, meaning domestic equity market performance will also impact the performance of rupees in the international front. Currently, both the indices are trading high with BSE crossing the 46,000 marks for the first time.