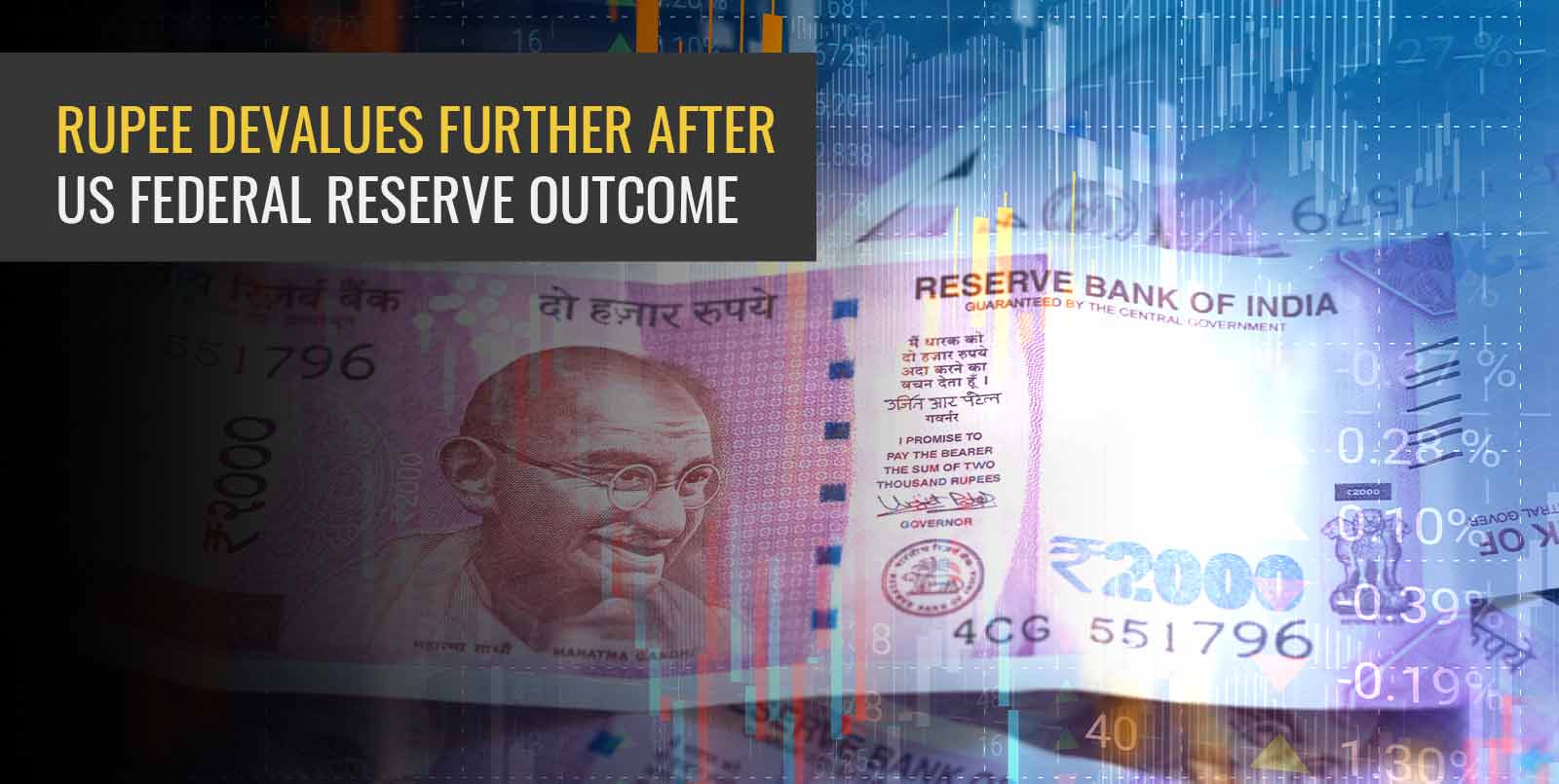 The Rupee crashed by 76 paise, yet again against the American Dollar on June 17 2021, Thursday. The Indian currency now settles at 74.08 amongst a much stronger US currency after the US Fed reserve signalled an interest rate hike, which was earlier than expected.

INR depreciated for the eighth session in a row. Meanwhile, USD, which scales immensely against a total of six currencies, gained 0.60% to reach 91.67.

How has Rupee devaluation affected the domestic markets?

BSE Sensex witnessed a decrease of 0.34% or 178.65 points at 52,323.33, at home fairness market entrance. Meanwhile, NSE Nifty declined by 0.48% or 76.15 factors to 15,691.40. Fairness benchmarks also mirror heavy losses within international markets after this indication by the US Federal Reserve to increase the interest rate at a much sooner tempo than expected.

State Bank, Axis Bank, ICICI Bank, and HDFC Bank of India are a few names among the high trail on Sensex. Meanwhile, Reliance and expertise shares provided great help to the index, which, in turn, helped the Nifty to close at 15,700.

In the capital market, international institutional buyers have been the primary net sellers, offloading shares valued at Rs. 870.29 crore on June 16. Also, the worldwide oil standard, Brent Crude Futures, rose to $74.48/barrel or 0.12%.

Indian currency saw a fall of 76 paise against the greenback, registering its single-biggest decline in more than two months. On June 16, Wednesday, the domestic unit was at a settlement of 73.32 against the US currency. Having said this, INR has now lost as much as 128 paise in eight trading sessions on Thursday.

This setback is at its lowest mark since May 3 2021. However, all this led to a rise in bond yields, surprising investors across the country.

Impact of falling Rupee in India

The constant depreciation of Indian currency poses certain impacts on the country’s economy, which are mentioned below:

The Indian Rupee witnessed a sharp devaluation of more than 1% owing to the outcome by the US Fed. Now, with a much faster rate of inflation and rapid recovery in the US economy, the US Fed has hinted at rate hikes, indicating further power to the greenback.

Moreover, with oil prices already on the rise, the path for Rupee seems grim, which imposes a further threat to the Indian economy in the coming years.