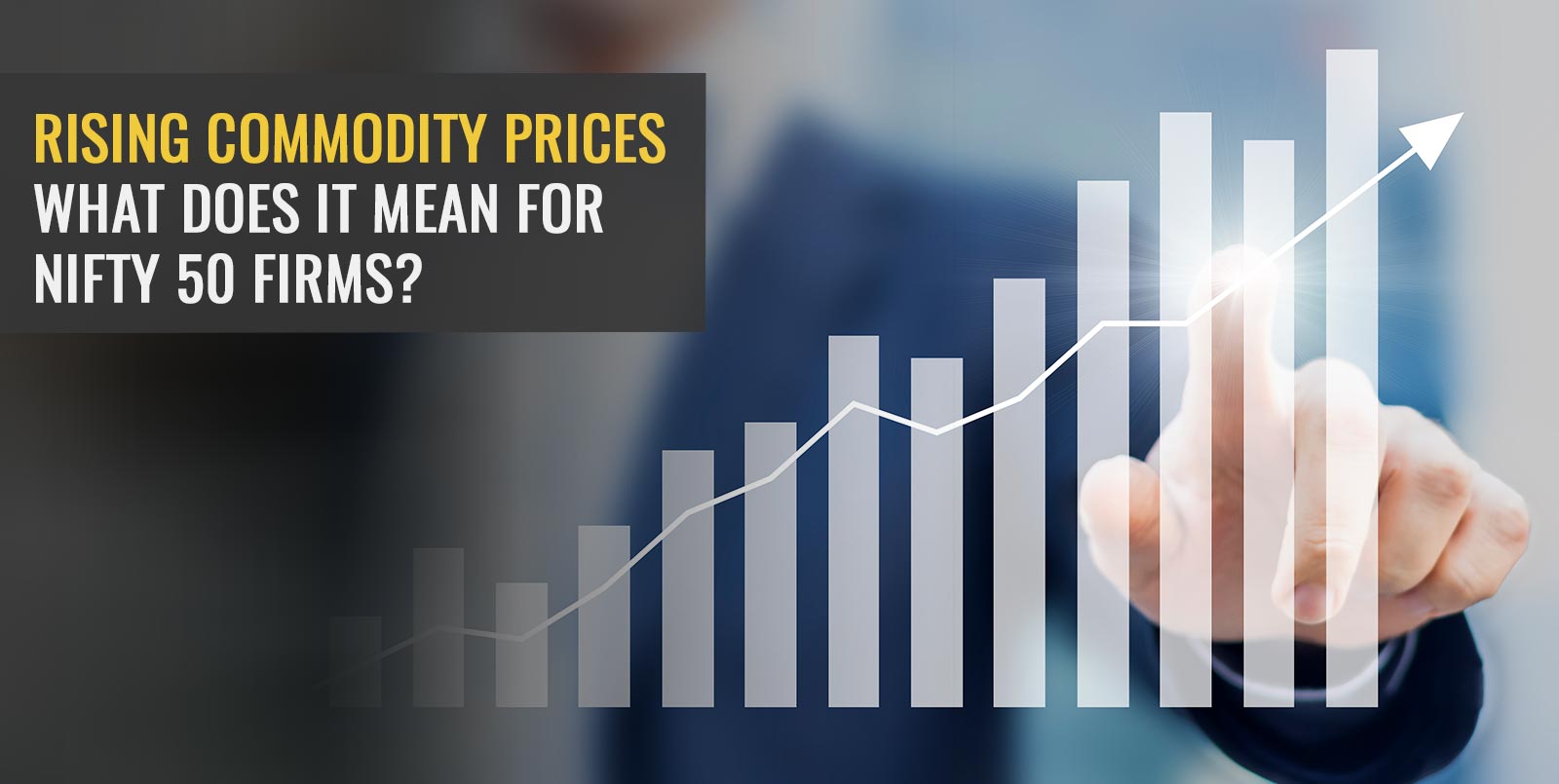 Rising commodity prices pose a challenge to 46 per cent of the free-float weighted market cap of benchmark index Nifty 50, according to the latest report from international research firm Bank of America Securities (BofA). This accounts for 31 companies on the Nifty 50.

The exposure of these companies to global commodity risk has shot up by 75 per cent ever since June 2020, the report added. It noted that sectors most at risk are materials, staples, energy, industrials and discretionary sectors. Companies in the discretionary sector are those that sell goods and services considered non-essential. These are cars, appliances, entertainment services related firms, for instance. The materials sector comprises stocks of companies that are involved in the processing, development or discovery of raw materials.

In India, for instance, steel prices have mirrored the global steel price rise. The steel long product price was slashed by Rs 8,000 per ton in early February but it has risen by Rs 3,000 again, according to media reports. Iron prices also touched a decade high in January, hitting $170 per ton, up 55 per cent from June 2020.

India’s steel ministry said that steel consumption and demand have risen after the plunge in production and consumption between April and June 2020. However, iron ore costs, higher international steel prices have meant that retail prices (Mumbai) of hot-rolled coil, cold roil and rebar have risen on a month on month basis in the 1.76 to 2.6 per cent range.

Rise in bond yields and fear of inflation

Along with a rise in commodity prices, the steep rise in bond yields has made an impact on the equity markets in India. The US Treasury yields have touched a one-year peak at 1.6 per cent, which has led to fears over inflation. In India too, the yield on 10-year bonds has gone up to nearly 6.2 per cent, in spite of the RBI support.

The BSE Sensex shed 1500 points in early trading on Friday and the Nifty dropped below 14,700 early on Friday. However, overall, ever since the low of March 2020, the markets have been mostly on the uptrend. While the Sensex has risen 92 per cent, the Nifty has grown by 94 per cent thus far.

Meanwhile, the BofA report mentions that companies are yet to see the impact of the rising commodity risk as they had sufficient raw material inventories that were priced low thus far. Companies typically maintain an inventory that lasts anywhere between 17 and 85 days, the report adds.

It needs to be seen how the rising commodity prices impact the earnings of companies in sectors such as healthcare, industrials, utilities, staples, discretionary, energy and materials sectors as raw materials comprise a significant percentage of sales. For instance, a whopping 57 per cent of sales for the discretionary sector are accounted for by raw materials.

It also needs to be noted that rising international commodity prices don’t affect all sectors uniformly. Rising steel, aluminium, palladium, rhodium and copper prices have prompted auto manufacturers to increase vehicle prices in the recent past in India. Rising steel prices may impact the real estate sector. Rising global commodity prices may benefit companies that are in the oil to chemical business, for instance.

Also, a rise in commodity prices may be a reflection of the opening up of economies and a rise in demand after nearly year-long contractions, and demand from China, one of the large economies to open up faster than the rest. Positive news about vaccines also spurred commodity price highs but the rise may be an upturn that is cyclical.

Currently, both Nifty and Sensex may be seeing a consolidation phase; a lot depends on the RBI and the government’s policies. Moves to monitor and curb inflation, ensure bond yields are maintained below the 6 per cent levels and keep interest rates unchanged will also offset rising commodity prices.