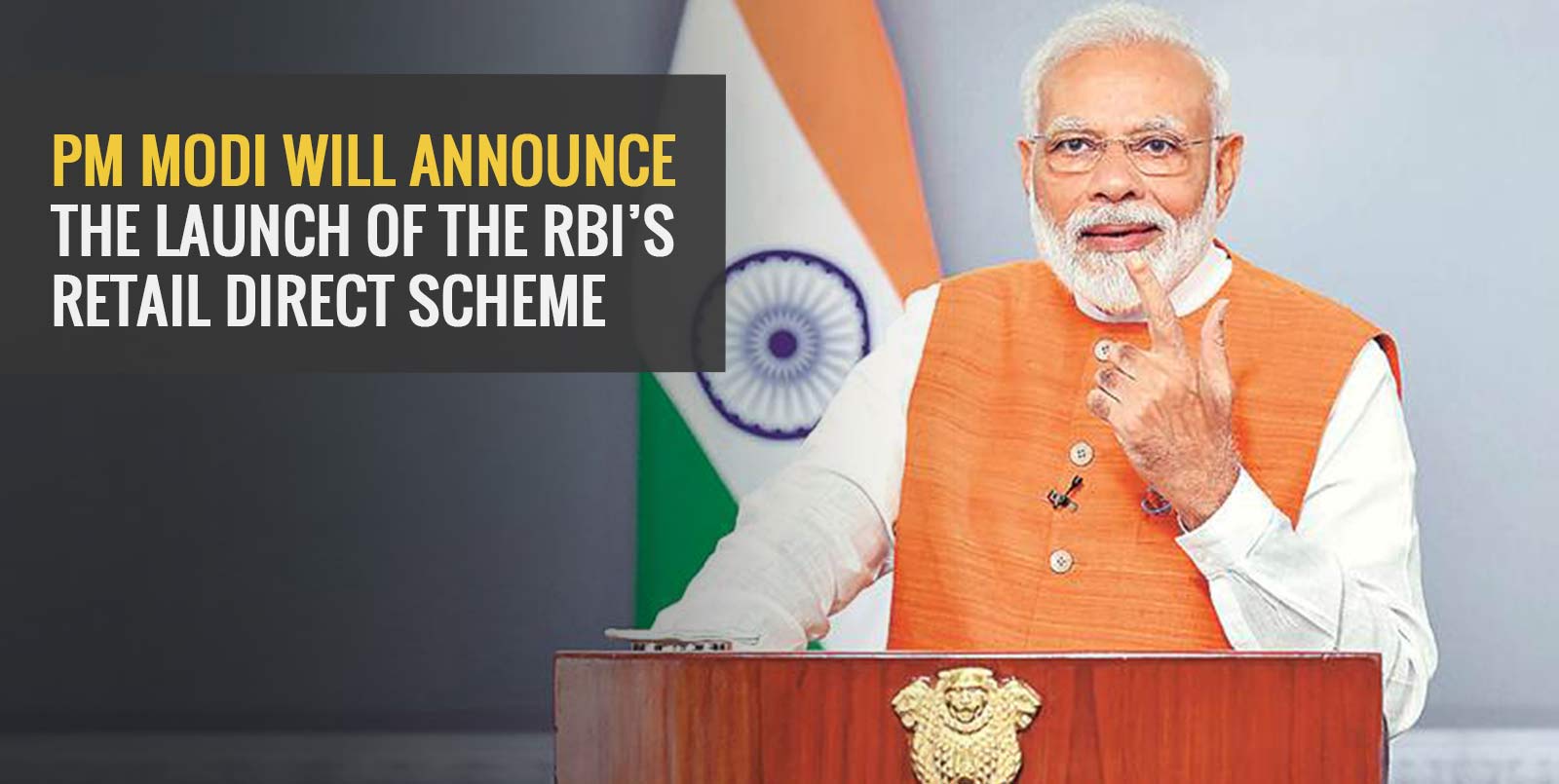 On Friday, Prime Minister Narendra Modi will unveil two RBI programmes that have the potential to drastically transform how the domestic sector spends and reacts when something goes wrong with their savings. The Prime Minister will virtually launch these RBI schemes—”retail direct” and an “integrated ombudsman scheme”—at 11 a.m., in the presence of Finance Minister Nirmala Sitharaman.

With the introduction of retail direct, the average person can now invest directly in government securities, which are regarded as a secure investment option. The RBI originally proposed the notion in its February 2021 monetary policy, and it could compete with, or complement, debt mutual funds and bank savings.

RBI Governor Shaktikanta Das termed the endeavour as a “significant structural reform” in February’s policy, and experts concurred. In fact, after the United States and Brazil, India will be the third country in the world where ordinary investors can gain direct access to the government bond market.

The scheme will provide investors with a safe, simple, and straightforward way to invest in government assets. Individual investors must use an internet gateway to open a securities account with the RBI. He would be able to bid in primary auctions and purchase and sell securities on the market through the same platform. There will be no fees for any services provided, and payments can be made using internet banking or UPI. Investor support services will be provided by phone, email, and the internet.

As a result, investors no longer need to seek financial safety, and gilt yields are now equivalent to, if not better than, bank deposit rates. Experts believe that, for trading reasons, gilt investments are still a little complicated for the average investor, and that committed experts handling mutual funds are difficult to replace.

“While the RBI’s objectives are good, there is a lack of knowledge regarding the g-sec industry. In any case, the asset under maturity of gilt funds is quite low. So, depending on how quickly awareness spreads, this strategy will either take off or remain a convenience,” says an expert.

“It’s possible that this approach will have no effect on debt mutual funds. In the equity market, for example, retail involvement is on par with mutual funds. But it’s excellent for the debt market for two reasons: it’ll extend the market and attract more retail investors, implying a better and broader grasp of the market, which is currently lacking,” said another expert.

The debt market, on the other hand, can be a useful alternative to bank deposits for those looking for a long-term maturity profile. The other scheme, integrated ombudsman, isn’t a wholly novel concept, but it does simplify a lot of things at once. The central bank is combining three of its own ombudsman programmes, or financial dispute resolution systems, into one. The central bank currently operates separate ombudsman schemes for banks, non-banking financial organisations, and digital transactions through 22 offices.

Although the banking ombudsman programme was established in 1995, the NBFC and digital payments ombudsman schemes were only established in 2018 and 2019, respectively, when NBFCs evolved into substantial retail lenders and digital payments became popular. According to RBI data, there has been a significant increase in the number of complaints filed against various regulated firms as a result of greater knowledge, digital penetration, and financial inclusion.

Q1. What is the concept of customer grievance redress?

While “Grievance Redressal” refers to the receiving and processing of complaints from citizens and consumers, a broader definition encompasses activities performed in response to any concern made by them in order to better access services.

Q2. Who is eligible to purchase government securities?

The Reserve Bank of India has announced that retail investors can now open gilt accounts to invest directly in the government’s primary and secondary bond markets. G-Sec, or government securities, are also known as government bonds. The central and state governments issue these bonds, which are debt instruments.