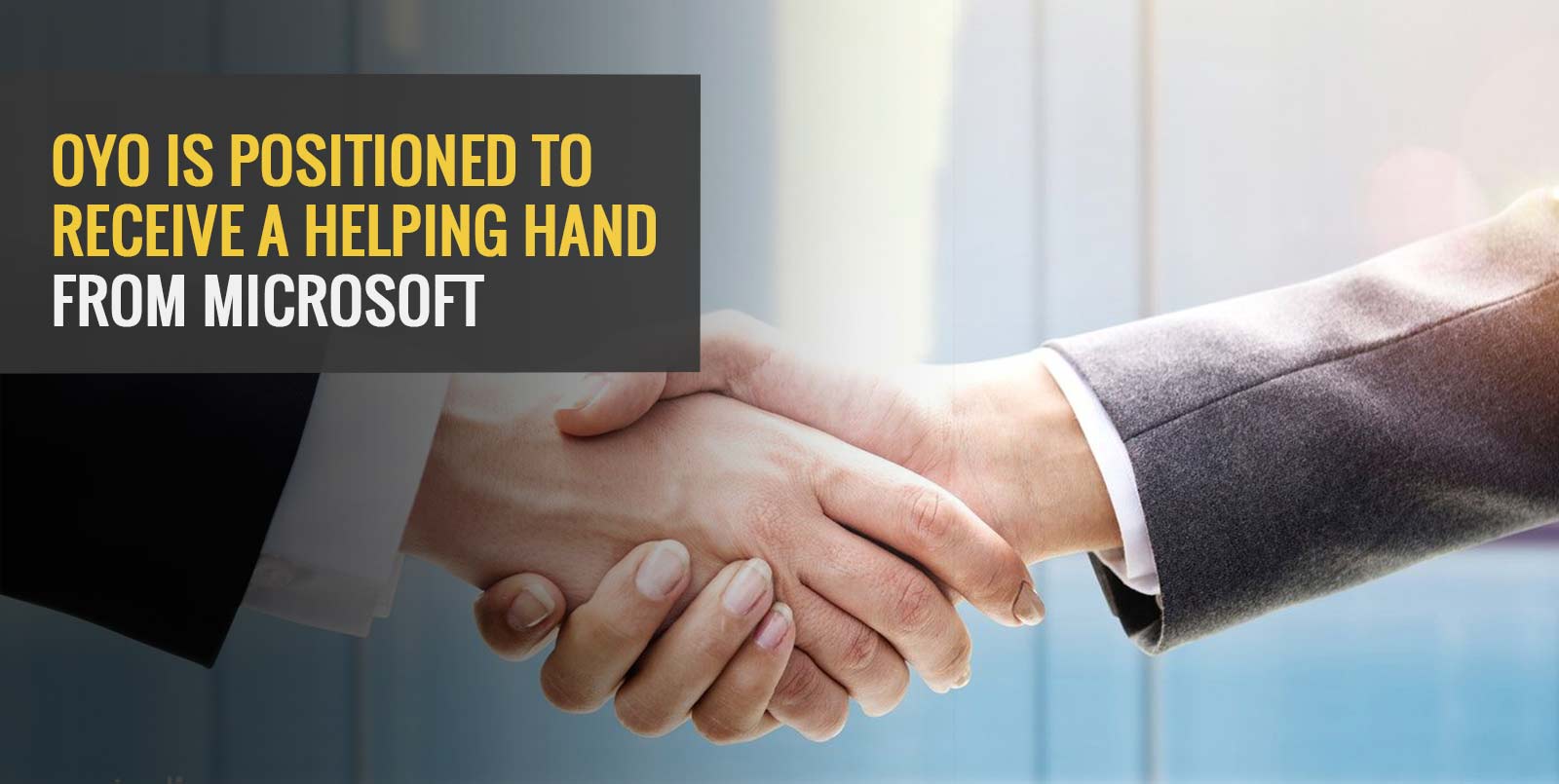 The software giant Microsoft is reportedly in talks to acquire stakes in the SoftBank-backed Indian start-up Oyo. Even though neither of the companies have confirmed the news, inside sources suggest that Microsoft is supposedly entering this deal with a $9 billion valuation of Oyo.

However, the actual investment amount is yet to be available, and this deal could be finalised and announced in a couple of days.

Talking about Oyo and Microsoft in the same line in terms of an investment may seem confusing. Also, one may wonder what a software and IT firm is planning with investments in a hospitality business – well, that question may have baffled a lot of us!

Since lips across the board have been sealed, no one is willing to comment on this deal. The CEO and Founder of Oyo, Mr. Ritesh Agrawal, has also declined to comment, citing ‘a personal matter’.

Nevertheless, an inside source has claimed that there are chances of Oyo shifting to Microsoft’s cloud system as a part of this deal.

Is Catching Up with AWS an Influence Behind This Move?

Well, that can be a possibility since two of the market leaders in the commercial cloud-computing space have locked their horns to capture this fastest-growing market.

In their latest attempt, Microsoft has entered a strategic partnership with Reliance Jio to extend cloud-related services to its customers. Also, they have picked up equity in Flipkart as a part of extending Azure’s (Microsoft’s Cloud service) presence on Indian soil.

Even though AWS or Amazon Web Services has been an early mover in this country, Microsoft is relying on innovating strategies to catch up.

The importance of cloud services is likely to hit new heights, a glimpse of which has been presented by the work from home situation due to Covid-19. Also, in a growing economy like India, digital services like these can aid companies in their business setup and lower operating costs by using third-party servers instead of installing their own.

AWS is still leading the race in India, but Microsoft is catching up fast.

How can Oyo Benefit from this Deal?

Oyo is one of India’s most valuable and promising startups, and its journey toward prominence is exciting. However, recently things have not been all ‘rose and merry’ for this SoftBank backed startup.

Oyo has been aggressive in its expansion and entered overseas markets like South-East Asia, Europe, and the USA. They have been equally aggressive in their domestic market as well.

However, reports started emerging related to unethical practices from the company and listed hotels, toxic relationships with hotel owners owing to unpaid dues, and lapses in proper governance. This has resulted in various legal challenges from different parties.

Nonetheless, as Oyo started working to clean this mess and bringing transparency to this system, the pandemic arrived.

Mr. Agrawal, in his recent virtual conference, mentioned that the progress we made in all these just took a month to bring down to 60%. He further stated that Oyo has about $800 million in deposit and their monthly expenses across all verticals are about $5 million.

He also mentioned that Oyo had about $660 million in debt. However, a source close to the company has confirmed that this debt is to pay off previous obligations.

Nonetheless, Oyo will be benefitted from this move, especially financially. The latest injection of cash, in a situation like this, is important for its survival. Since the terms of this deal are still speculative, one can only imagine if a lion share acquisition by Microsoft can alter its management structure.

If this materialises, it will be Microsoft’s latest investment in India after Flipkart, DailyHunt and SaaS firm FarEye.

Oyo’s current market foothold is not strong as it was maybe a couple of years ago. Internal and external issues, questionable business tactics, and the pandemic has ravaged the company and left it cash-strapped. Mr. Agarwal mentioned going public with Oyo earlier this year, but no information regarding this is yet to be available. Nonetheless, this current move, if and when it materialises, will be an interesting one to observe.

To learn more about this deal between Microsoft and Oyo, stay subscribed to the Angel One Blogs.

SoftBank Vision Fund, Airbnb, Varde Partners, and Fidelity Investments are some of the notable investors of Oyo.

Considering its latest $660 million funding, Oyo has raised over $4 billion in funding.

There is no news available regarding the issue size of Oyo IPO.