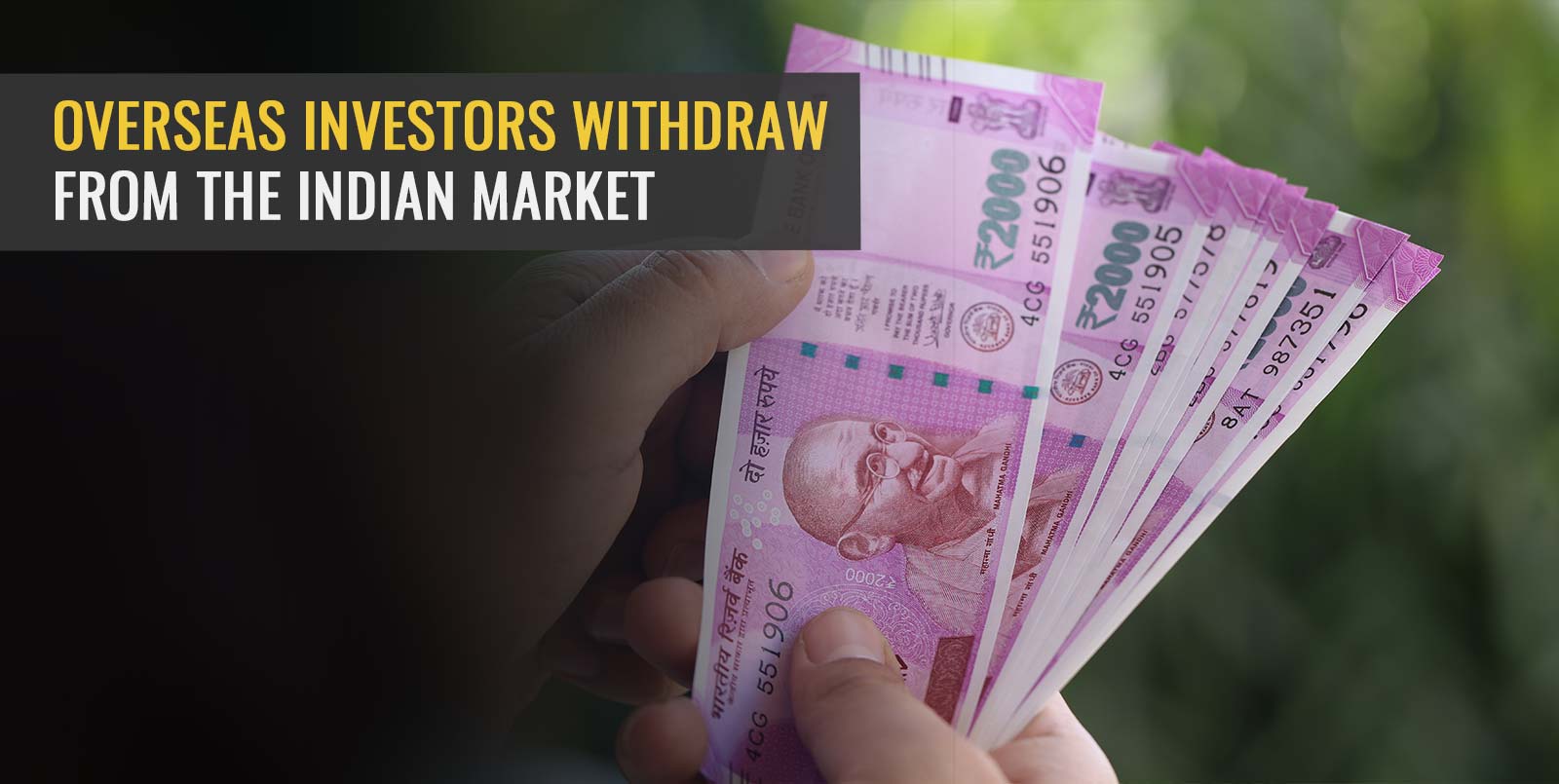 Prior to April 2021, FPI inflows to India were on the rise. This was brought on by global liquidity amounting to $US10 trillion of which a large sum found itself directed towards risky assets like EM equities. This combined with a desire for India to grow at a faster rate than other G-20 nations in FY2022 encouraged FPI inflows. Additionally, the introduction of the Common Application Form (or CAF) allowed FPI investments to be made with greater ease. CAF allows for registration with SEBI, PAN application and allows for the opening of bank accounts and Demat accounts.

What has brought down FPI investments?

The Coronavirus pandemic has brought with it several challenges. The second wave has been particularly brutal in India. In order to deal with the growing number of COVID-19 cases, several state governments have imposed restrictions and limited contact individuals have with one another. Each of these measures has been implemented to bring the situation under control.

Since India is presently in the midst of such a severe second wave, its impact on the economy is yet to be fully determined. That being said, it has very much hindered the chances of the country experiencing an early economic recovery.

Where have these withdrawals occurred?

Owed to these factors, overseas investors have withdrawn a large number of their funds from Indian markets. A net INR 7,622 crores have been withdrawn from Indian markets in April so far.  Data from the depositories indicates that such investors have cumulatively withdrawn INR 8,674 crores from equities. They have, however, invested INR 1,052 crore in the debt segment. This is in contrast to their prior investments which amounted to INR 17.304 crores in March, INR 23,663 core in February, and INR 14,649 crores in January.

Restrictions pertaining to economic activity will determine how FPIs will further react over the coming week.

Where have FPIs directed their funds?

Foreign portfolio investors (or FPIs) have channeled their funds to the debt segment as there presently exists a lot of uncertainty within the equity markets. As a result, from a short-term perspective, Indian debt markets appear more attractive.

Bond prices have rallied as they move inversely to rate and the RBI has recently incorporated a rate cut. This has also contributed to the INR 1,052 investments by FPIs. This is because they anticipate further price appreciation in the future. The fact that the Securities and Exchange Board of India (or SEBI) has allowed for a hike in the amount of FPI investments permitted for government debt is also expected to bring in more FPI inflows.

The chief investment strategist at Geojit Financial Services – VK Vijaykumar made the following observations on the general trends in the market. He found that there currently exists a general focus on selling stocks in the banking sector. Investors are keener to buy shares with global linkages in sectors pertaining to IT, metals, and pharmaceuticals. FPIs are also set to follow these broadly established trends.

Keeping in mind the fact that overall global economic recovery is on the rise and emerging markets like India are to benefit from the same, FPI’s are likely to remain to be big sellers according to Vijayjumar added.

Moving on, consider emerging markets other than India, countries with a focus on chip and electronics exports such as South Korea and Taiwan. These have witnessed positive FPI inflows. That being said, other emerging markets are yet to witness major inflows.

The Future of FPIs in India –

Once the Coronavirus cases in the country begin witnessing a decline, investments are likely to take a turn for the positive. This combined with the country ramping up its pace of directing vaccinations will encourage more FPI investments. The fact that from May 1st onwards all adults over the age of 18 will be eligible to avail of the vaccine is promising.

A number of FPI’s have acknowledged the fact that most Asian markets offer stocks at superior valuations than India. However, they recognize that these markets are either too commodity-driven or too dependent on the U.S. or China. The appeal of the Indian economy lies in the fact that it has a huge, captive domestic market. As long as this advantage persists, Indian markets can draw in FPIs.