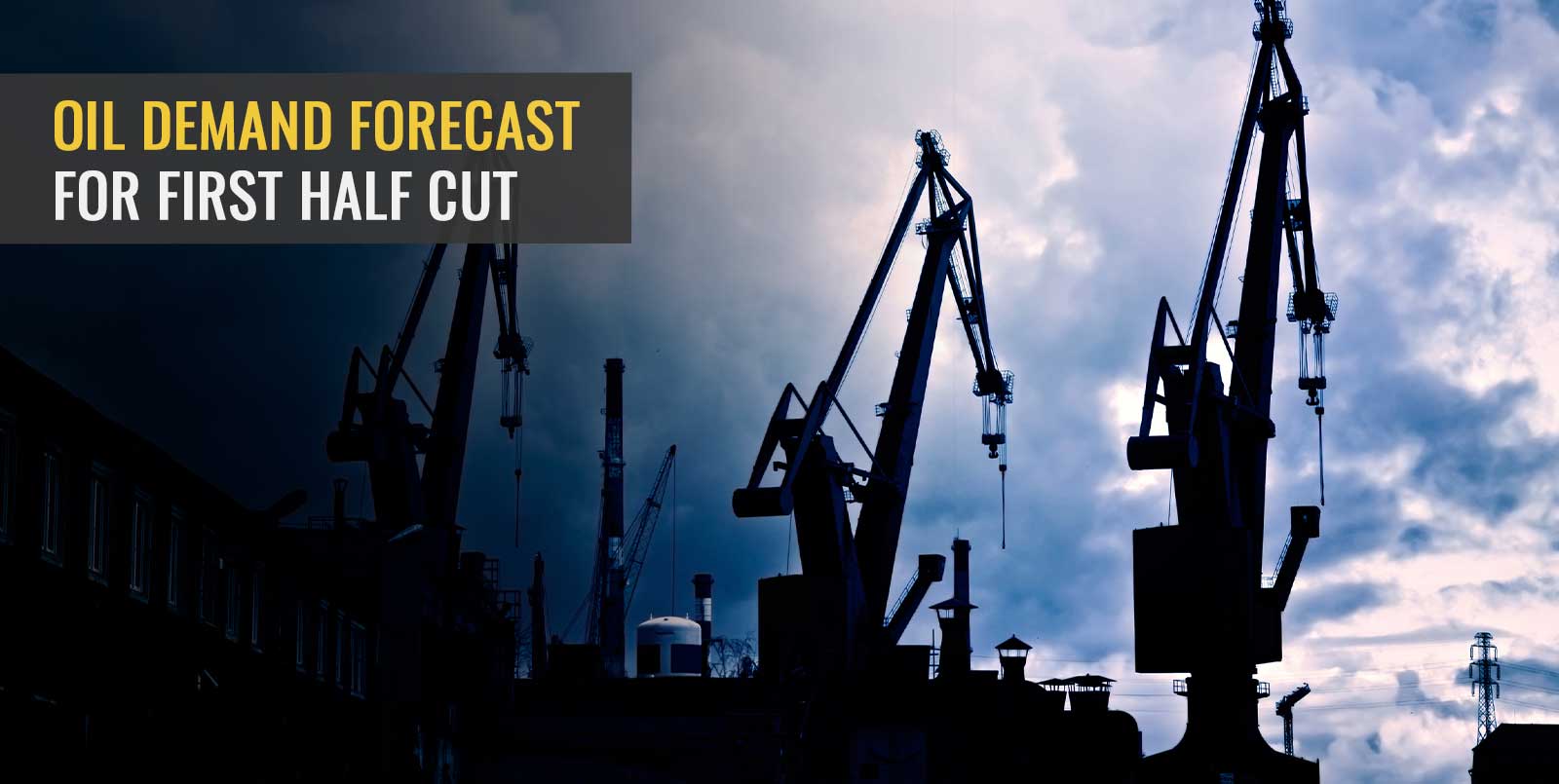 Oil inventories that had piled up during the pandemic in 2020 have now come back to normal levels, according to the International Energy Agency (IEA) but the agency has slashed its demand growth forecast for the first half of the year. The IEA has slashed Indian demand estimates for the second quarter and also noted that demand in Europe and the Americas was weaker than expected.

In 2020, the impact of the pandemic meant that US oil prices went negative for the first time. The May 2020 contract futures price for West Texas Intermediate (WTI) crashed to – $37 per barrel as oil producers scrambled to store crude oil glut.

India has been seeing anywhere between 3.5 and 4 lakh fresh cases of Covid-19 infections as the country is in the grip of a second wave. The IEA has noted that the surge has led to uncertainty over the short-term and has downgraded its demand in the second quarter of 2021 by 630,000 per day.

Leading oil refiners in India have been lowering crude imports and processing rates as the second wave and consequent restrictions have led to an increase in stockpiles at their plants, reports note.

However, the IEA has retained its demand estimates for the second half of the year as it expects vaccination rollouts across the world to pick up pace and economic activity to stage a stronger recovery. The agency also notes that as economic activity rebounds, transport curbs in the US and Europe may be eased leading to an increased demand for crude.

Following the release of the IEA’s Oil Market Report, oil prices went up with WTI Crude trading over $66 per barrel and Brent Crude exceeding the $69 per barrel level.

Meanwhile, the Organization of the Petroleum Exporting Countries (OPEC) has retained its forecast of a strong rebound in global oil demand this year as growth in the US and China offsets the second surge in India. OPEC has, in its report, cut oil demand forecast for the second quarter by 3,00,000 barrels per day. It has however increased its estimates for the third and fourth quarters by 1,50,000 bpd and 2,90,000 bpd.

The OPEC + alliance which is led by Saudi Arabia and Russia now have an opportunity to either revive some of the production they have halted or go ahead with tightening the global markets. OPEC+ had agreed in April to slowly ease oil output cuts from this month, following the US’s call to Saudi Arabia to ensure affordable energy for consumers. The OPEC report noted a marginally higher oil output by its alliance already even as Iran has pumped more in April, giving way to a 30,000 bpd increase in the output. OPEC’s output stood at a little over 25 million barrels per day.

In its report, the OPEC has increased its global crude demand to 27.7 million bpd for the year. This is an increase of 2,00,000 bpd from the last month. This sets the path for greater production from OPEC’s end in 2021. OPEC is in the process of revising nearly 2 million barrels per day output over three instalments. When this rise is completed by July, according to IEA data, the demand for OPEC crude will still be greater than its production.

For India, OPEC had earlier estimated a 13 per cent rise in oil demand from 2020 to touch 4.99 million bpd but following the second wave, analysts peg India’s crude consumption at the 4.8 to 4.9 mpd level, nearly 10 per cent higher compared to 2020. This is in spite of the second wave of infections. The absence of a nationwide lockdown and the ongoing vaccination programme across the country, along with the expectation of the second wave receding by June have all been significant factors in estimating a stronger second half in terms of oil demand for India.

The IEA expects that oil demand will recover in the second half of 2021 and outpace supply growth. In the first half, the IEA has cut its global crude oil demand growth expectations because of the second wave in India and a lower than expected demand in the US and Europe in the first quarter. The oil supply glut during the first wave of the pandemic in 2020 has now returned to normal, the IEA also stated.