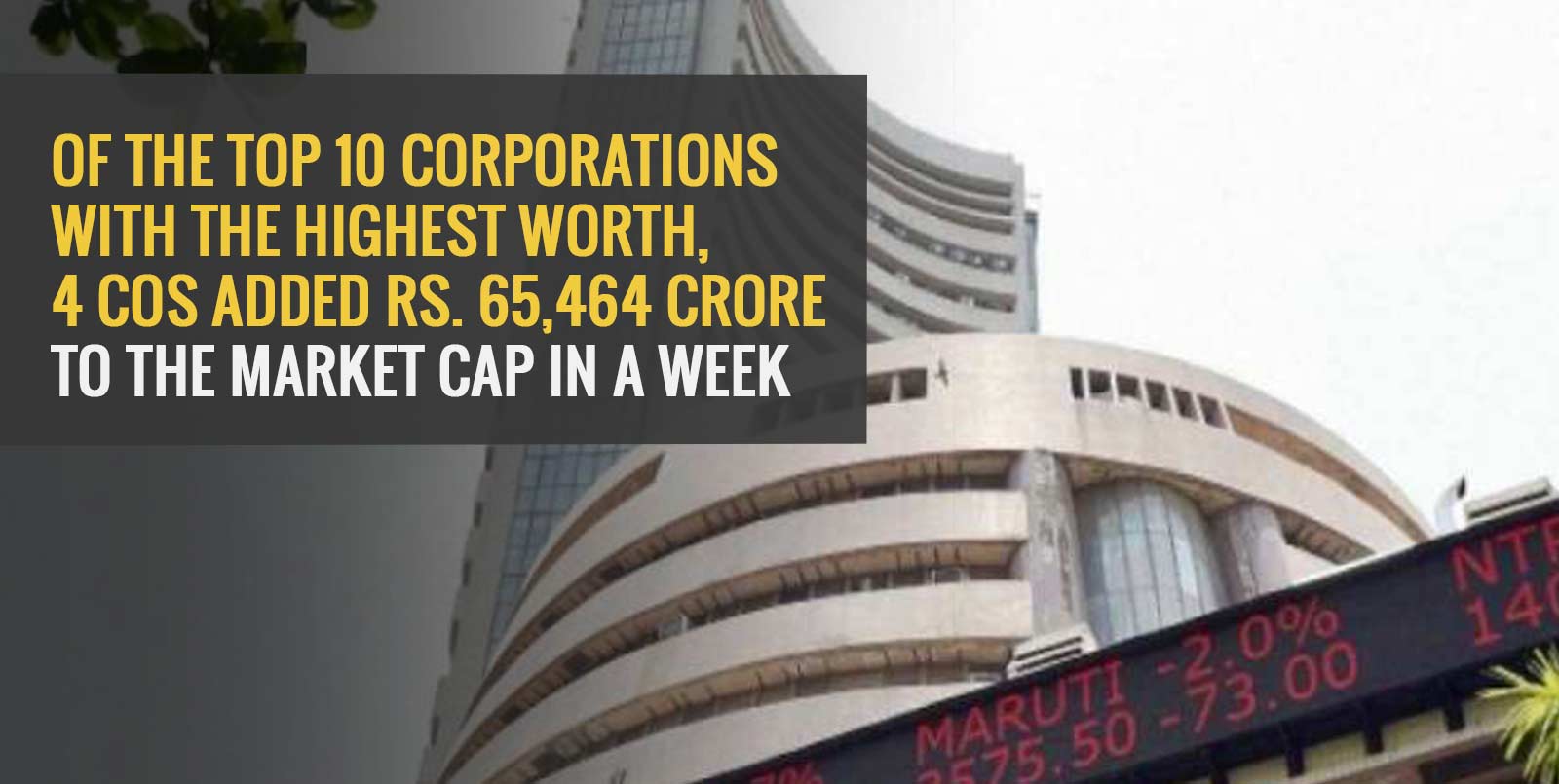 In last week’s market evaluation, four out of the top ten most valued companies added a total of Rs. 65,464 crore. The most significant winners over the past trading week were Bharti Airtel and SBI. In the past week, the benchmark for 30-share BSE increased 710 points or 1.21%. On Thursday, for the first time, the Sensex index touched a record high of 59,000.

The wide range of reforms revealed by the Ministry of Telecommunications and the anticipated malfunctioning announcement on Thursday pushed India to new highs with Sensex breaking the mark of 59,000 and Nifty going up to 17,600.

India is currently the sixth largest stock market in the world after overtaking France in market capitalisation for the first time, with the Sensex benchmark increasing by more than 23%. The Sensex and the Nifty have risen to their record peak in last week’s trade session, backed by a big increase of about 5 percent among public sector banks and 2 percent for the private sector banks.

Reportedly, the PLI for the automotive sector, increased clarity in telecoms duties with the moratorium announcement and the introduction of Bad Bank warranties have contributed to the growth of the markets.

The fundamental reason for the surge is the reforms underway that improve the feeling of people who are investing in India. For instance, after five months of space, the FIIs are back. The foreign institutional investors turned buyers, taking shares worth around 1621,88 crore on Thursday after months of remaining sellers.

Overall, emerging markets are also affected by the fall of China’s markets.

No, the market capitalisation is not the same as the market value. The number of outstanding shares of a corporation multiplied by the current price of a single share equals market capitalization. Market value is more fluid and sophisticated, with several metrics and multiples such as price-to-earnings, price-to-sales, and return-on-equity used to assess it.

Which is India’s largest company by market capitalisation?