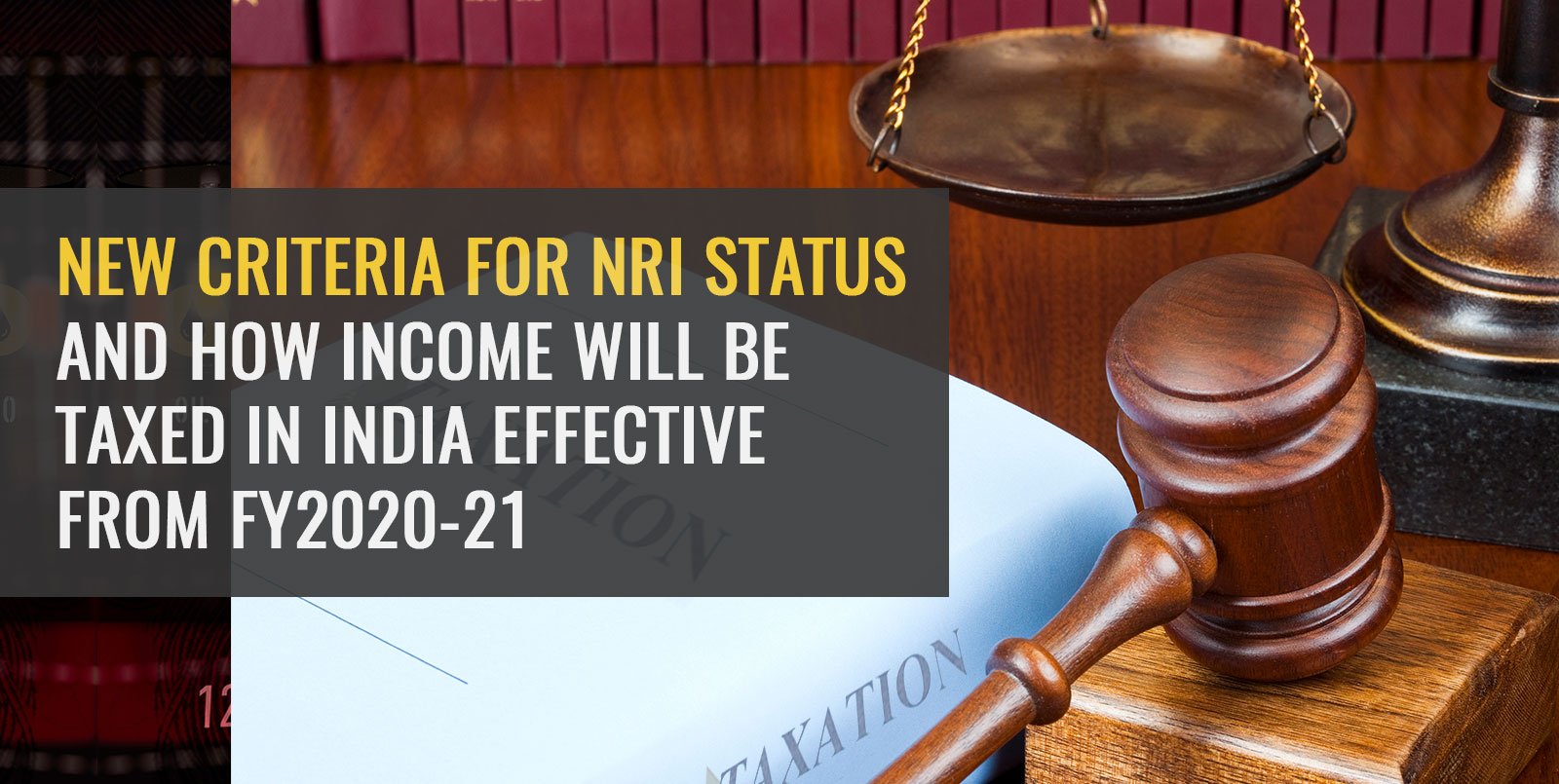 The Budget (2020) has brought about changes in tax residency rules for non-resident Indians (NRIs). If you are an NRI, you would need to pay close attention to these changes.

Read on to know more about NRI taxation and what it means. Also, before delving into what income tax for NRI or NRI tax means, it would help to understand who qualifies to be an NRI in the first place.

Till the changes were brought in, ie, till the end of the financial year of 2019-20, NRIs (including Indian citizens and Persons of Indian Origin) were defined as those who visited and stayed in India for under 182 days in one financial year.

NRIs would be considered residents of India for purposes of tax in the following scenarios till Budget 2020:

If the visiting NRIs spent 182 days or more during the financial year in India.

The Budget 2020 made a proposal to change that period to 120 days for NRIs. However, thanks to an amendment during the passage of the Budget, the shortened period i.e., 120 days, will apply only for NRIs whose total income in India during a financial year is over Rs 15  lakh. So, NRIs on an India visit, whose taxable income in India was up to Rs 15 lakh during a financial year would remain NRIs if their stay doesn’t exceed 181 days. In effect, the scenario remains the same for those whose taxable income in India is less than Rs 15 lakh. If it crosses Rs 15 lakh, and the stay exceeds 120 days, the visiting NRI will be treated as a resident individual for purposes of income tax.

RNOR: Resident and Not Ordinarily Resident 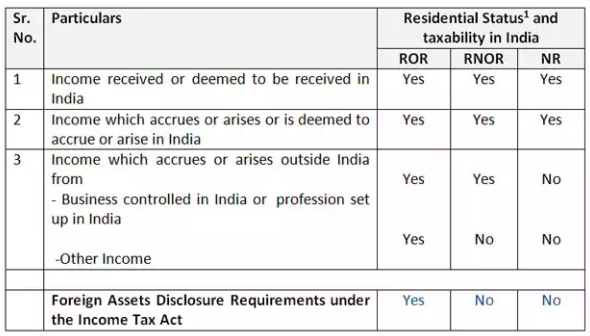 While NRI taxation may seem complicated at first, it helps to understand that NRIs will be given ‘Resident but Not Ordinarily Resident’ (RNOR) status. This would come as a relief because foreign income, i.e. income that has been accrued outside India would not be taxable in the country. This RNOR relief is an important aspect of income tax for NRI rules.

Till FY 2019-20, a person qualified to be RNOR if the individual has been an NRI in nine out of ten previous FYs prior to that year.

Under the changed rules, the person would be RNOR if during the seven earlier years prior to that year, he or she has been in the country for 729 days or cumulatively 729 days or less.

So, what happens to non resident Indian income tax return criteria for NRIs residing in Saudi, UAE or some countries which don’t have personal income tax norms?

The government has clarified that a person will be liable for NRI tax only if he or she has a business interest in India or a profession that has been set up in the country that fetches an income. Even in the case of these businesses or professions fetching an income, such an income exceeding a cap of Rs 15 lakh will only be liable for NRI taxation. This move also leaves out income earned in foreign countries out of the tax net. The period of stay in India if the income is under Rs 15 lakh will continue to be 182 days.

Earlier the government had a NRI taxation proposal for those who earned their incomes in countries where there was no personal income tax. It was only later that the clarifications were made about taxing NRIs with businesses or professional undertakings in India.

In conclusion, NRI tax or non resident Indian income tax return criteria are dependent on whether a person’s status is deemed resident or not. This is based on the number of days of stay in India. If you are an NRI and want to invest in India or take up trading, it helps to keep yourself updated on taxation, deduction and your status in the country. Open an NRI trading account with Angel One and get going. You will have to avail an NRO (non-resident ordinary) or NRE (non-resident external) account as well. Once you have an NRI trading account, you will receive investment advice and guidance to help you use advanced trading platforms.