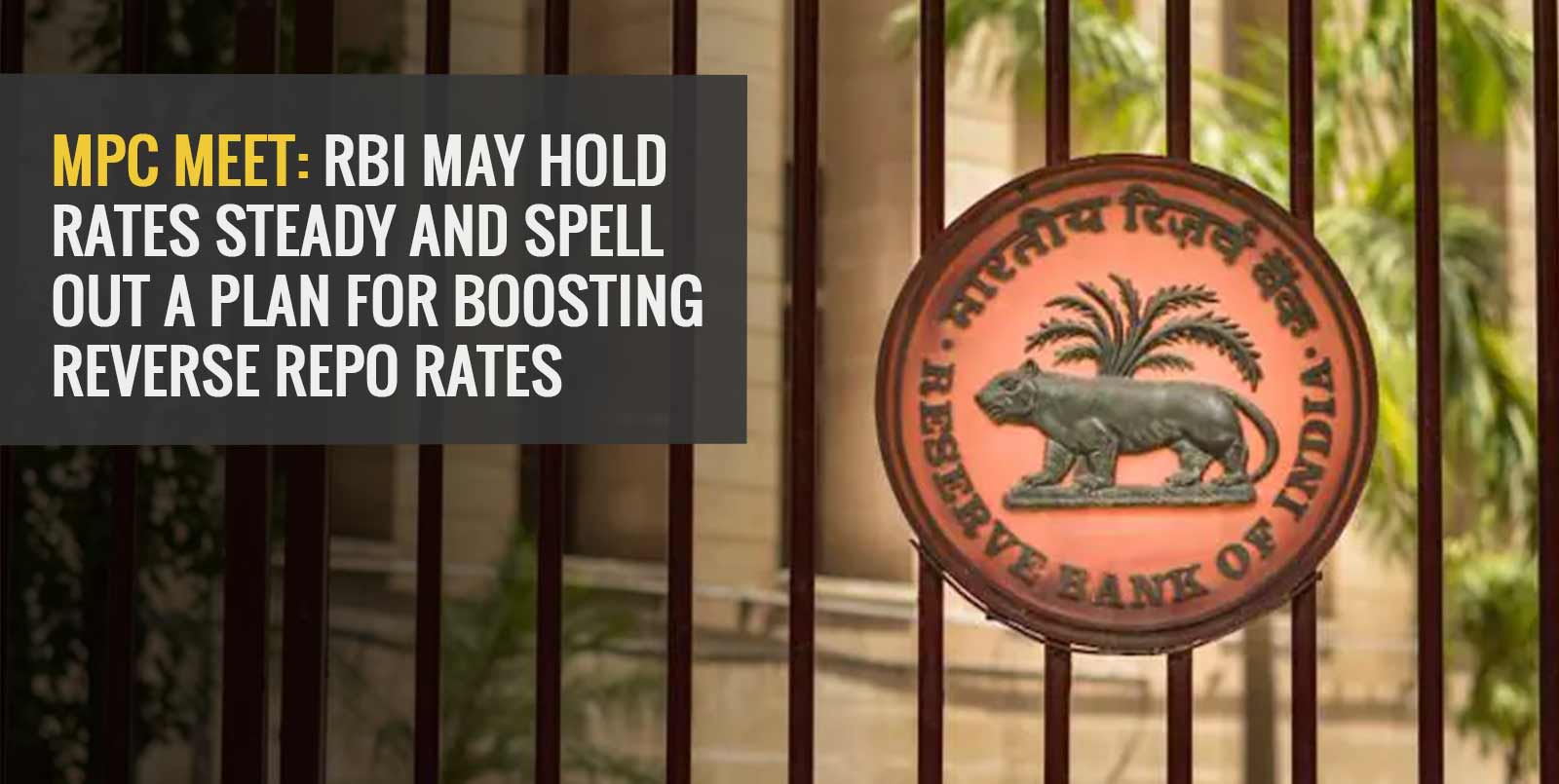 At its bi-monthly monetary policy meeting on Friday, India’s central bank may leave its benchmark rates unchanged while laying out a plan to raise the reverse repo rate, mirroring the measured approach Mint Road’s counterparts on both sides of the Atlantic are taking to re-acclimate their economies to normal liquidity flows.

According to the sources, the Reserve Bank of India’s (RBI) monetary policy committee would assess inflation concerns emanating from the global oil crisis and rising motor fuel prices, which could stifle growth and disrupt India’s balance of payments.

“Given the recent increase in energy prices, the MPC is likely to remain concerned about inflation risks,” said an expert. “We expect the MPC to remain accommodative, with a focus on long-term growth recovery, notwithstanding risks to global growth from the energy crisis and the potential of another round of virus infections during the busy festival season.”

The RBI’s ‘accommodative’ policy stance is expected to remain unaltered, according to the sources.

Benchmark bond yields in the United States have recently risen in response to increasing global crude oil prices, which are currently hovering around $80 per barrel and may reach $90 by the start of winter in the northern hemisphere.

On the other side of the Atlantic, UK benchmark bonds have broken through the 1% yield barrier for the first time since March 2020, indicating concerns about asset pricing as a vehicle fuel crisis brings portions of the country to a halt.

Consumer price inflation is expected to be 5.7 percent in FY22, with real GDP growth of 9.5 percent, according to the central bank. In August, the inflation rate was 5.3 percent. In the June quarter, India’s GDP grew by 20.1 percent, compared to a fall of 24.4 percent in the previous quarter. The benchmark Indian stock indices, which had reached new highs, have since fallen back, but they are still within 5% of their all-time highs.

Meanwhile, the RBI accepted a cut-off yield of nearly equal to the repo rate, at 4%, in a seven-day variable repo auction last Tuesday. This is considered as the first evidence of reversing emergency liquidity controls put in place to deal with the pandemic’s economic consequences.

“In line with the US Fed, the RBI is likely to shed more insight on the normalisation of surplus liquidity,” said an expert. “GSAP and other similar measures may not be of the same quantity or intensity.”

The Government Securities Acquisition Program (GSAP) is a specialised channel for injecting money into the system, which currently has a net surplus of Rs 8.03 lakh billion. To sterilise liquidity, RBI developed a modified form of GSAP with a “sell” side a few weeks ago.

The Federal Reserve of the United States may begin reducing bond purchases as early as November. As a result of these predictions, US Treasury rates have risen, with developing market bond yields mirroring Washington’s cost of funding.

“We’d watch for policy clues as well as individual comments,” says another expert. “Any stated personal preference for a policy shift among MPC members would strengthen the case for interest rate normalisation beginning in December 2021.”

MPC member lobbied for an increase in the reverse repo in August’s policy to close the gap with repo, which is now at 4%. “A progressive normalisation of the corridor would strengthen the MPC’s ability to keep the repo rate at 4% for a longer term, and this should, in my opinion, be a bigger priority for the MPC than maintaining an ultra-low reverse repo rate for a longer period,” the member stated at the last policy meeting.

What is the difference between a repo rate and a reverse repo rate?

The repo rate is the interest rate at which the central bank lends to commercial banks in exchange for government bonds. The interest rate offered by the RBI to banks who deposit funds with them is known as the reverse repo rate.

Why has the repo rate risen?