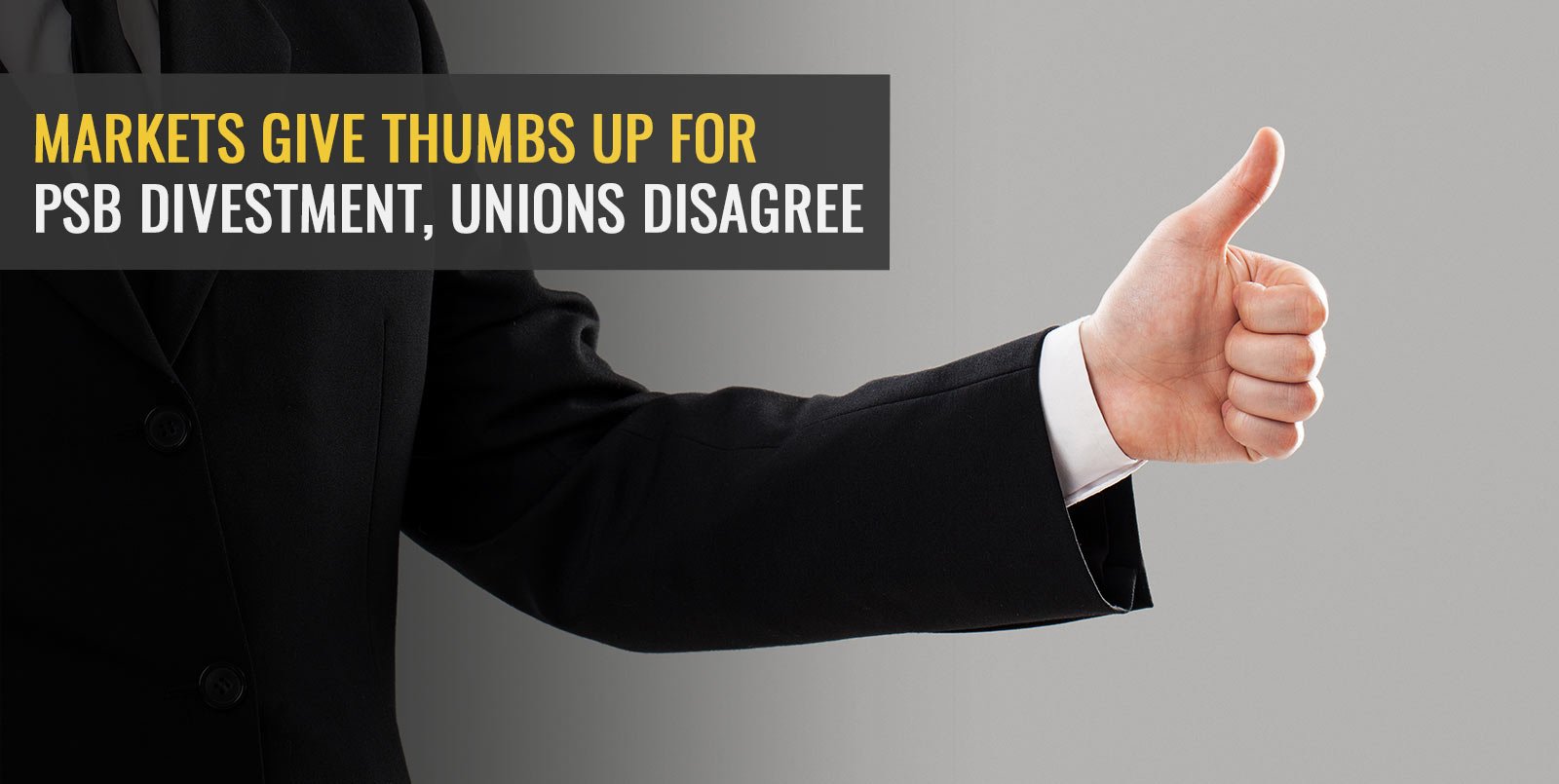 An important announcement in Budget 2021 was that the government would divest its stake in two public sector banks (PSBs) and a general insurance company. The Finance Minister also announced that the divestment of IDBI Bank would be completed in the coming fiscal.

The disinvestment target for FY 2021-22 has been pegged at Rs 1.75 lakh crore, according to the Budget. For the current fiscal, the disinvestment target is Rs 2.10 lakh crore but the revenues collected via disinvestment stood at Rs 15,220 crore (as of January 20), according to the Economic Survey. The government targets for the current fiscal were announced just before the coronavirus scare picked up and turned into a pandemic derailing big-ticket strategic sales and the listing of the LIC IPO. The target was to accrue Rs 90,000 crore from sale in financial institutions.

Liquidity infused by central banks across the world and India and foreign institutional investors into India has sustained the markets. Disinvestment at a time when there is excess liquidity in the global markets will turn out to be advantageous.

The Finance Minister has not announced the names of the banks during the Budget. Last year, the government had announced the merger of 13 public sector banks into five, and this divestment of two PSU banks comes as a continuation of the government’s bid to bring in reforms in the banking sector.

This announcement has been received positively by the markets; stocks of many banks went up by over 7 per cent following the announcement.

However, bank employee unions have come out strongly against the divestment of PSBs. According to two bodies including the All India Bank Officers’ Confederation (AIBOC) and the All India Bank Employees Association (AIBEA), plans to divest stakes in banks by the government would harm the banking sector’s stability. The unions claim that privatisation would pave the way for people’s money to come to the hands of vested interests. Other groups such as the Indian National Bank Officers’ Congress (INBOC), the United Forum of Bank Unions (UFBU, which also includes AIBEA and AIBOC) and National Organisation of Bank Officers (NOBO) have also opposed the proposed divestment.

Further, the AIBEA has also come down on the move to form an Asset Reconstruction Company (ARC), known as a bad bank in common parlance. The bad bank idea has been cheered by experts and the markets because it leads to absorbing bad loans and helping public sector banks start cleaning up their balance sheets. The AIBEA claims that the idea does not address the underlying problem of bad loans but only remove defaults from books.

It may be recalled that the NITI Aayog had recommended privatisation of three PSU banks, including Punjab & Sind Bank, UCO Bank and Bank of Maharashtra in July last year. The arguments in favour of privatisation are that disinvestment moves will improve efficiency, raise resources for the government and also allow FII to invest in, which is good for the markets. Public enterprises can enhance productivity and performance when they are exposed to the capital markets. Opposition to divestment also typically revolves around apprehensions that private banks are not necessarily fail-proof or inefficiency-proof.

Impact of the union opposition to divestment

The bank unions’ opposition to the proposed divestment comes at a time when there are protests against farm laws aimed at wide-ranging reforms. It needs to be seen if the unions are eventually convinced about the merits of the divestment of the PSBs. It may be recalled that past attempts to protest PSB and PSU divestments have not actually borne an impact on the government’s divestment policies.

If the opposition to divestment gains ground amid an atmosphere of protests and there is the possibility of delays, it could impact the divestment targets of the next fiscal. Delay in divestments will affect market sentiment and may hamper the government’s infusion of funds into large-scale infra projects which in turn will boost capital expenditure and trigger jobs. Delays will also affect the amount that the government seeks to raise because of market capitalisation at that point in time.

Divestment helps boost consumption and demand, reduce the government’s fiscal deficit and slash its debt, all good signs for the markets. The need of the hour would be for a mechanism to address any possible concerns over the government’s policy of divesting its stake in public sector banks. The concerns could be from investors/depositors or employees but addressing said concerns helps to move ahead with divestment plans smoothly. This ensures positive economic and market sentiment.