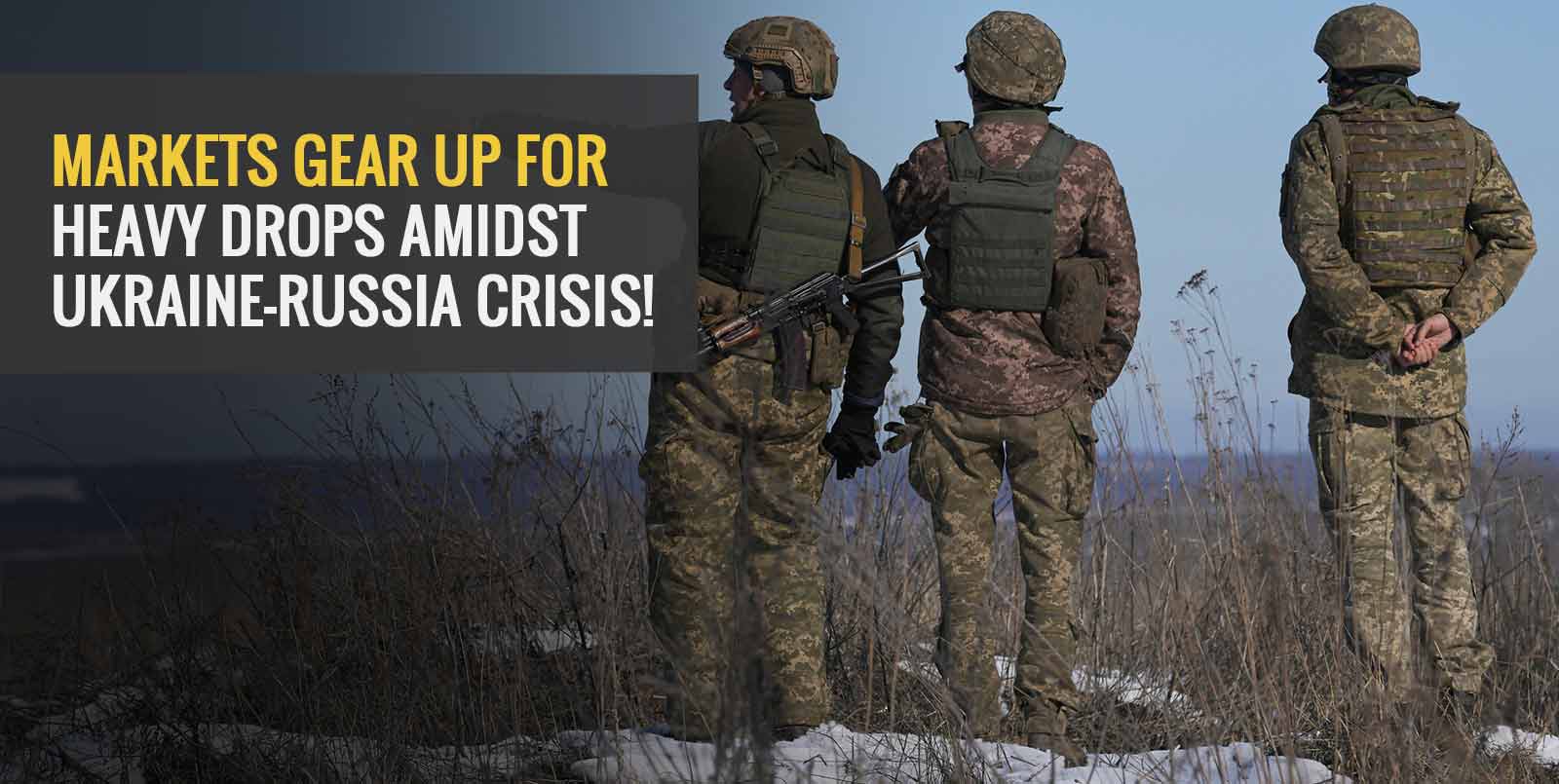 Investors were forecasting a rough patch for Ukrainian, Russian and broader global markets while they proceeded on Tuesday, 22 February 2022, following the escalating pressure from Vladimir Putin, the Russian President.

Through a long televised address, Putin considered Ukraine to be an intrinsic portion of Russia’s history and recognised Luhansk and Donetsk (breakaway regions) of eastern Ukraine to be independent entities.

What’s Happening in the Global Market in This War-Like Situation?

This year is witnessing immense pressure in the global markets, with a substantial value of Ukrainian and Russian assets being wiped off. The scenario became worse with Monday’s escalation.

At the time of Putin’s announcement on live television, Russian stock markets were still working with the leaders of France and Germany, getting phone calls. The rouble loss stood at 3.3%, and the MOEX Russian Index (rouble-based) lost 10.5%. The RTS index (dollar-oriented) finished at 13.2% during the day, marking a massive fall of Moscow’s stock markets.

Analysts from the Commonwealth Bank of Australia predicted an expansion of the already existing tension. They warned traders prior to the start of Asian open on Tuesday. Monetary market participants are now awaiting a response from Europe and the United States. This response can be in the form of tight new sanctions.

Is There Any Threat for Russia?

Some of the most critical steps can be a total ban on US, UK and EU investment funds carrying Russian government bonds and the elimination of Russia’s banks from the SWIFT banking system.

At the end of 2021, foreigners held more than $43 billion of OFZs since rouble-based bonds of Russia are quite popular. After communicating with Josep Borrell (foreign policy chief of the European Union), Liz Truss, the British Foreign Minister, tweeted that they will co-operate to deliver prompt sanctions against Vladimir’s regime to support Ukraine.

Analysts are already warning of a broader effect on the global market, which along with fast-paced global borrowing expenses, has been crushed by the pressures. According to Ken Polcari, Kace Capital Advisors’ managing partner in Florida, the market is about to test the 24 January drop that was 4,220 on S&P 500.

Visit our blogs section to get the latest news and updates on investments, the stock market and IPOs.

On Wall Street, the futures market was indicating a fall of 1.8% on S&P 500. Demand for regular secure assets witnessed the US Treasuries rally.

2. How much drop is the futures market pointing on DAX, Nasdaq and Nikkei?

3. What about the yields on Russia’s OFZs?

Yields on ten-year OFZs of Russia can hike further, having reached a 10.6% high on Monday.