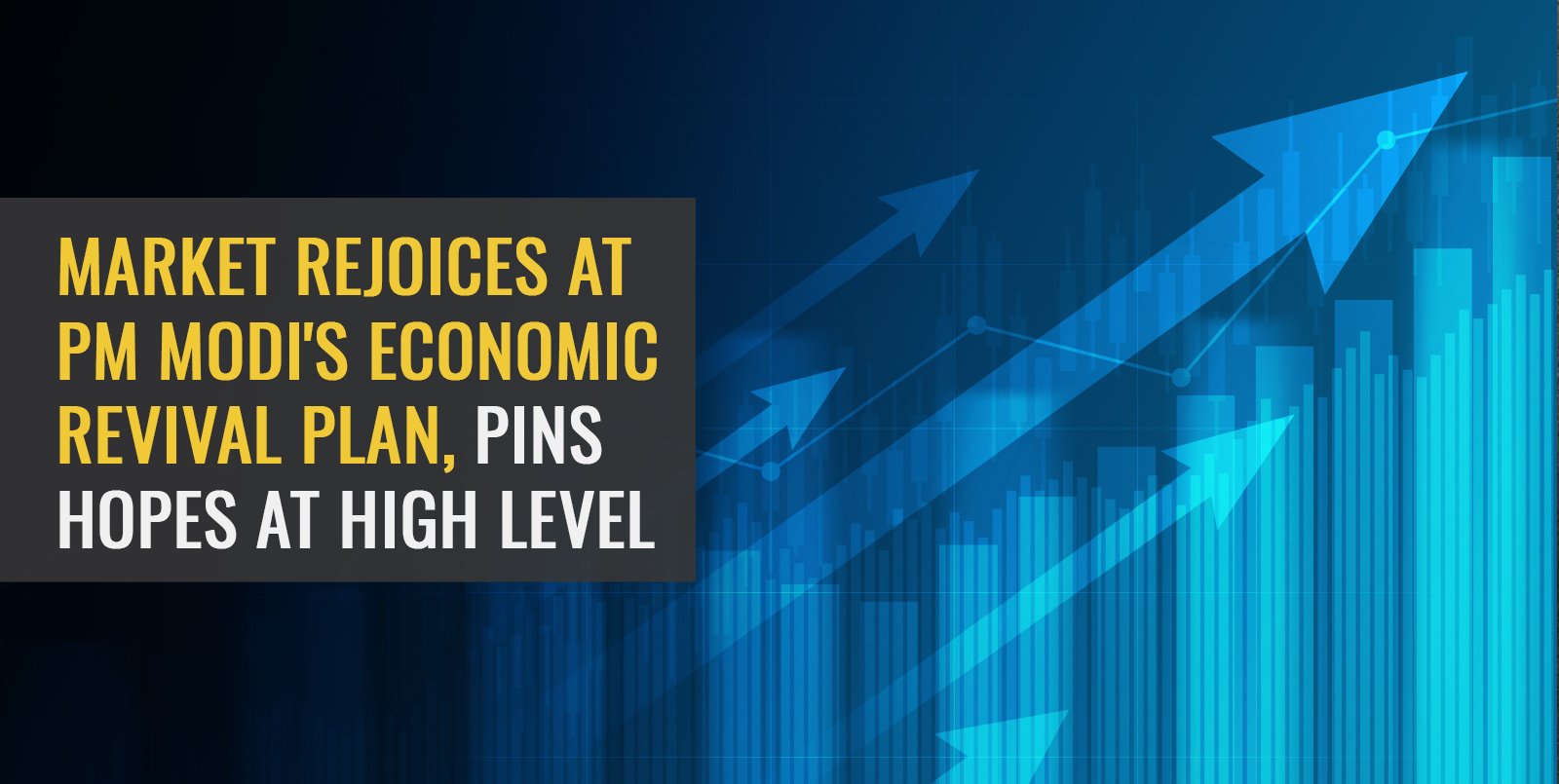 The much-awaited stimulus package to revive economy amid COVID-19 conditions was announced by  PM of India, Mr. Narendra Modi on 12th May. The Rs 20 lakh crore package is significantly higher than street expectations which has caused the market to cheer for it. After experiencing slump for several months, Dalal street predicts big rally on stocks post announcement.

The PM named the plan as ‘Atmanirbhar Bharat Abhiyan’, and said that he expected it is expected to play a significant role in reviving the economy. The government is currently planning a recovery roadmap to push growth when India comes out of extended lockdown period.

In his speech he said “I announce a special economic package today. This will play an important role in the ‘Atmanirbhar Bharat Abhiyan’.”

It is expected that when the 3rd largest economy in Asia announces it’s biggest ever monetary relief package in recent history it will create quite a few ripples in market. Financial experts welcome the move saying it is timely and essential to put economy back on track after the pandemic induced slowdown. It is expected to be directed towards the sectors that are hard hit by the lockdown like aviation, hospitality, travel and tourism, and many others. Witout a recovery plan these sectors will suffer great loss.

What is most striking about the deal is it has exceeded everyone’s expectation.   It has surpassed all the other relief packages announced so far shows the government’s resolve in reviving the economy with long term effect.

Key highlights from the package announced

The fear of increasing fiscal deficit

On the flip side, it also runs a high risk of widening the fiscal gap.  The government needs to draw a solid plan to compensate expenditure with revenue to keep fiscal deficit under control.  It seems like a job of walking on a tight rope but without a stimulus package to push money into the economy from outside there is a huge risk of it sinking into recession.

In summary, the impact of PM’s announcement on stock market will help to improve investor’s confidence and may arrest the freefall. However, investors are likely to wait for more details to come out to tune their expectation before making further speculations.