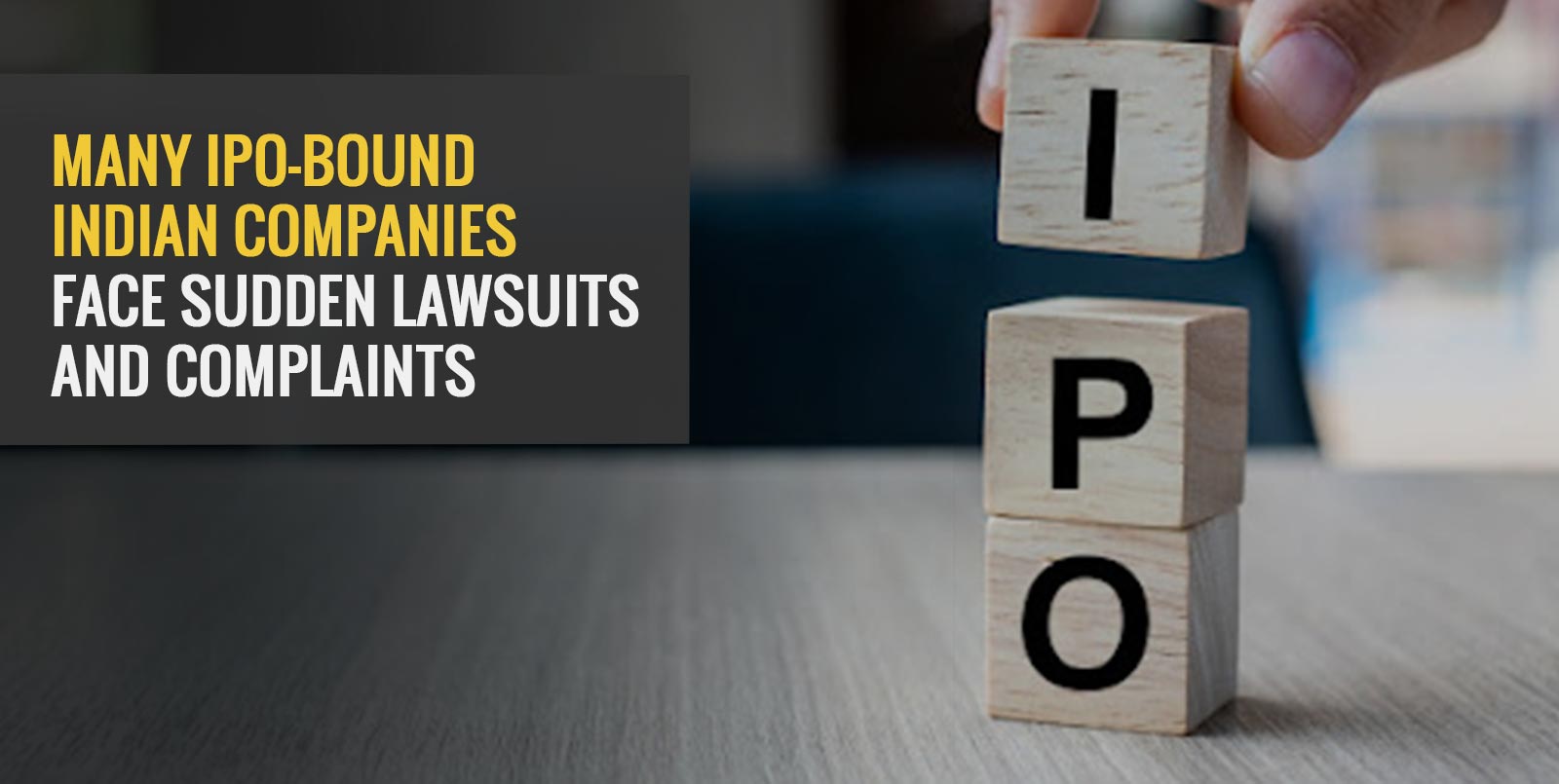 Sudden lawsuits and surprising complaints have hit various top Indian firms planning for their IPO. Previous vendors and insiders of companies have filed these lawsuits. They have alleged the IPO-bound firms of non-payment of dues and breach of contract.

Such surprise allegations have, consequently, brought much confusion and uncertainties around their IPO timeline and prospects. However, the firms believe that such mischievous tactics are aimed at creating obstructions in the IPO process.

To know more about the issue, let’s take a closer look at each of the companies that have been facing strange legal issues lately:

Paytm is planning to launch its massive public offering of $2.2 billion. However, Ashok Saxena, a 71-year-old former director of Paytm, has asked SEBI to stall the IPO. According to his complaint, he was one of the co-founders who invested around $27,500 but was denied his shares.

Saxena has reached out to the market regulator, urging it to stop Paytm’s IPO. He says that if his claims turn out to be true, then investors can lose their money.

Paytm responded by saying that Saxena’s claims were entirely fraud. His police complaint in New Delhi is nothing but tactics to create hurdles in Paytm’s IPO. Moreover, Paytm has also mentioned this dispute in its IPO prospectus.

Officials close to the issue have said that there are no court proceedings or criminal investigations against the company or its founder. Moreover, it has not received any official communication from SEBI in this matter. Paytm doesn’t want to attach much importance to this issue. It feels such mischiefs will not affect its IPO in any way.

Nuvoco Vistas is one of the leading cement manufacturers in India, belonging to Nirma Group. It is another firm that received a surprise lawsuit last week, just before its IPO on 9 August 2021. Nuvoco Vistas IPO was valued at Rs. 5,000 crores.

One of the vendors of Nuvoco Vistas filed an insolvency petition at the Mumbai bench of NCLT (National Company Law Tribunal). As per the petition, Nuvoco Vistas has not paid an amount of Rs. 5 crores. Moreover, it has sent a letter to the stock exchanges and SEBI asking them to act against Nuvoco Vistas IPO.

A spokesperson from Nuvoco Vistas has responded in regard to the allegation of non-payment. The company will pay pending dues only if the vendor can produce relevant and authentic documents along with certified invoices.

Nuvoco Vistas spokesperson further adds that they have not received any NCLT notice in this matter. The company has not mentioned the dispute in its IPO prospectus since the amount is much lower than its materiality threshold of Rs. 37 crores.

Industry sources reveal that this is not the first time an IPO-bound company has faced such a sudden issue. Companies like Quick Heal have also dealt with such last-minute legal troubles just before its IPO.

So, what exactly went down with Quick Heal Technologies ahead of its IPO?

A day before its IPO in February 2016, Manohar Malani, MD of Kolkata-based NCS Computech Ltd., filed a complaint with SEBI. He stated that Quick Heal has wrongly transferred 20,000 shares that belonged to him and his family.

For Quick Heal, the legal dispute had a great impact on its share after the IPO listing.

IPOs are quite sensitive events for any company.

There have been previous incidents where various parties come forward with claims right before the IPO. Since these are public in nature, such claims get media attention quite easily.

However, most of the time, such incidents are mere tactics to get money or publicity.

It can badly impact the stock price of a company.

Prince Pipes and Fittings faced such allegations before launching its IPO.