A popular joke ahead of the Union Budget is that the text of the Union Budget 2018 will be substantially shorter and hence the budget speech could be over in less than 1 hour. Each year, a good part of the Budget speech was devoted by the finance minister to elaborate on the changes in indirect taxes. Effective July 2017, all the indirect taxes except import duties, have been subsumed under GST. That will make the budget speech much shorter. But the lighter vein apart, the budget could focus on a lot of structural issues.

Macro concerns exist but there are also business green-shots…

Inflation has gone up sharply to 4.88% in November and is likely to exceed 5% in December. The advance estimates for the full year GDP growth has been pegged at less than 6.5% even as agriculture has held GDP growth down. But PMI manufacturing at 54.7 has shown some signs of improvement as have core-sector growth. Above all, the business numbers are improving. Consider the table below…

As the above table indicates, business performance is clearly indicating higher profitability and lower financial risk due to reduced leverage. This will be the background in which the Union Budget 2018-19 will be presented by Mr. Arun Jaitley. Let us look at some key expectations on the macroeconomic front…

How will the reforms process pan out in the budget?

The Union Budget 2018 will most likely be the year of consolidating on the reforms process. The government has already implemented major reforms on GST, demonetization and NPA management. The “Make in India” campaign has been a big boost for FDI flows as India has emerged as a big FDI magnet at $62 billion last year. The focus of this budget will be on ensuring that GST rates are rationalized, the technical problems are resolved and bringing about business efficiencies. The bigger challenge is on pushing through the Insolvency Code so that banks can recover their NPAs and ownership in stressed companies can change hands. Of course, land reform is the big unfinished agenda but the government has its hands full taking reforms to their logical conclusion.

This budget could mark a decisive shift from monetary policy to fiscal policy as a means of spurring GDP growth. With global central banks likely to hike rates, there may be little scope for the RBI to cut rates. Hence this budget could focus in a big way on reducing the tax burden for the middle classes and also to use government expenditure in infrastructure and farm incomes as a means of giving a big push to growth.

Rural theme for the Union Budget 2018

Agricultural growth continued to drag the GDP estimates and the government appears to be way off its goal of doubling farm incomes by 2022. Expect a variety of reforms in the budget. Expect a big push to rural employment generation programs and a big thrust to rural infrastructure. Expect more decisive policy action on agriculture pricing, agri imports and agri exports. There could be positive announcements for support services to prop up farm incomes like fertilizers, agrochemicals, hybrid seeds, drip irrigation systems etc.

A big thrust to bank recapitalization and NPA resolution

Do not be surprised if the government decides to expand its original target of Rs.70,000 crore towards bank recapitalization. One can expect urgency in the issue of recapitalization bonds. The budget could focus extensively on areas like giving infrastructure bond status to stressed asset bonds, permitting institutional investors in a bigger way, tax holidays for NPA resolution etc. This could be a decisive budget for NPA resolution. 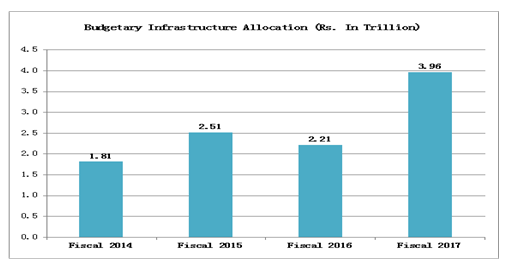 The government has reduced the interest rates on PPF as also on RBI bonds. We could also see the special tax status to a lot of these instruments withdrawn to prevent distortion of the yield curve. So, a lot of conservative middle-class investors could end up losing out on returns. The government will be conscious of this fact as it goes into the Union Budget. Expect special sops for senior citizens and a bigger tax exemption for NPS. Also limits under Section 80C and Section 24 could be enhanced; as also the limits on Section 80D. The budget will make an attempt to ensure that the vast middle class and the senior citizens at least end up being purchasing-power neutral.