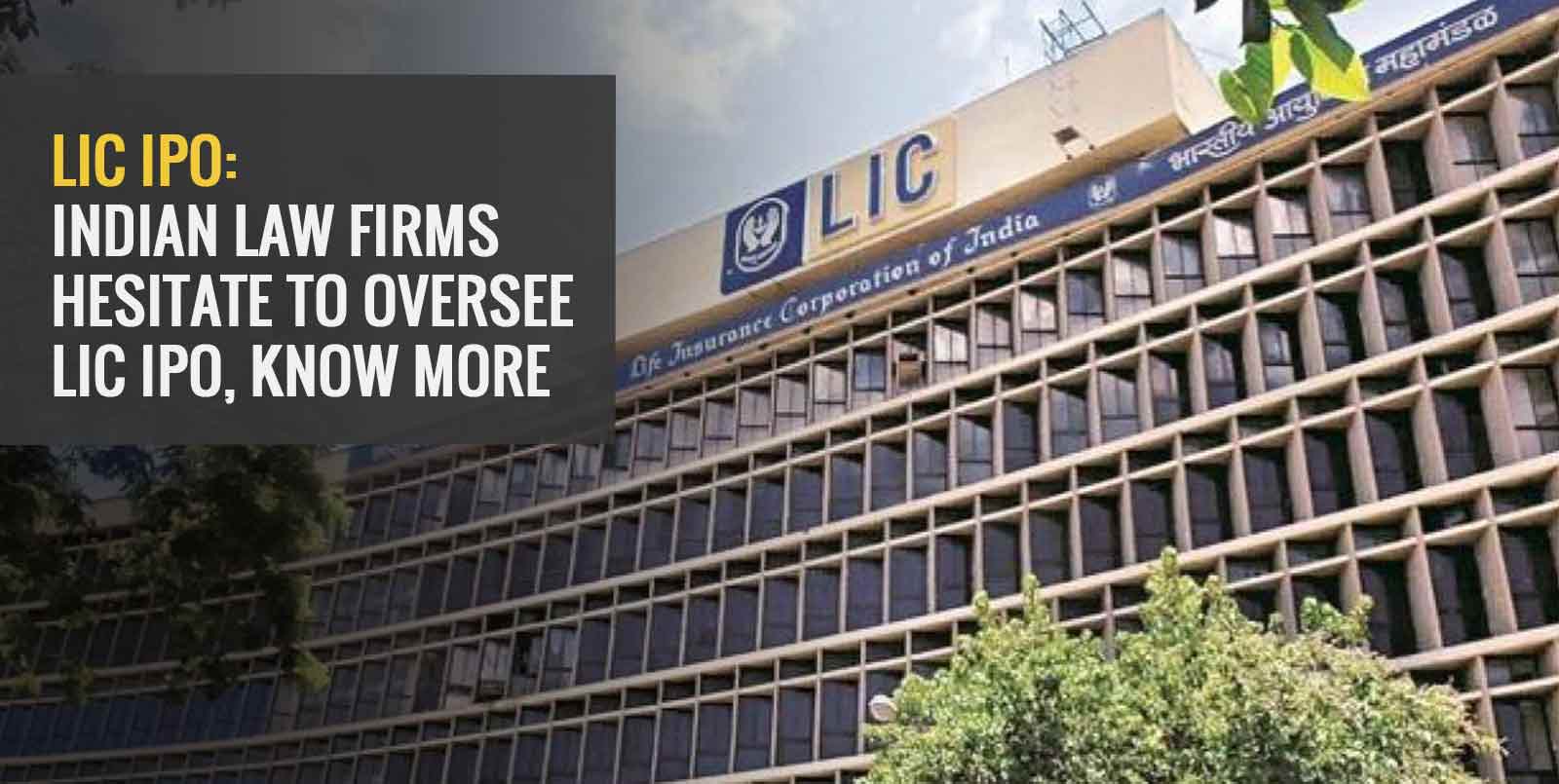 LIC is gearing up to be the biggest IPO of India backed by the Government, where every day sets in a new development. For example, recently, the Government has come close to setting a valuation. The targeted valuation is around Rs. 10 lakh crores.

However, while the Government is trying its best to launch the public offer by coming March, law firms are hesitant to advise this initial offering.

LIC Valuation and the Government’s Stance

The Government of India is trying to accelerate IPO formalities to launch the public offer at the earliest by March to bridge the budget gap. In fact, the Government plans to raise Rs. 1.75 trillion through disinvestment by the end of this fiscal year to fill the gap.

Reports suggest that the Government is planning to seek a valuation between Rs. 8 lakh crores to Rs. 10 lakh crores for LIC.

Interestingly, the valuation seems to be based on initial discussion, which could very well change after:

It is expected that the Government could allow FDI in LIC to encourage a diversified and robust demand across different investment sectors. To jumpstart the process, a series of bankers have already met LIC officials and the Government.

Why is this Mega IPO Making Indian Law Firms Break into a Cold Sweat?

It is believed that the massive size of this upcoming IPO coupled with LIC’s complex business models and products presents a huge challenge for law firms.

It is said that the amount of work required is equivalent to overseeing 5 private initial public offering deals. But, above all, the work is not remunerative enough. As a result, domestic law firms are hesitating from providing any advice.

In brief, it is believed to be deterred by the following:

That said, this Thursday was scheduled to be the deadline for law firms to submit their bids.

On another note, the IPO frenzy is keeping lawyers pretty busy with IPOs of giants such as Zomato, Paytm, and Ola market buzzing. Amidst all this, the Government had to revise its offer twice to attract law firms for LIC public offering.

Earlier this week, the Government revised its fee payment schedule, wherein 50% payment will be offered after filing the draft prospectus. So far in September, LIC is yet to appoint its legal advisors.

Do not miss out on the latest happenings of the stock market and any IPO-related news. Keep a close tab on the Angel One blog section to stay updated.

The Government is planning to disinvest up to 10% of stake in LIC.

This information is yet to be announced. Usually, the IPO issue price is announced a week before a public offer opens for subscription.