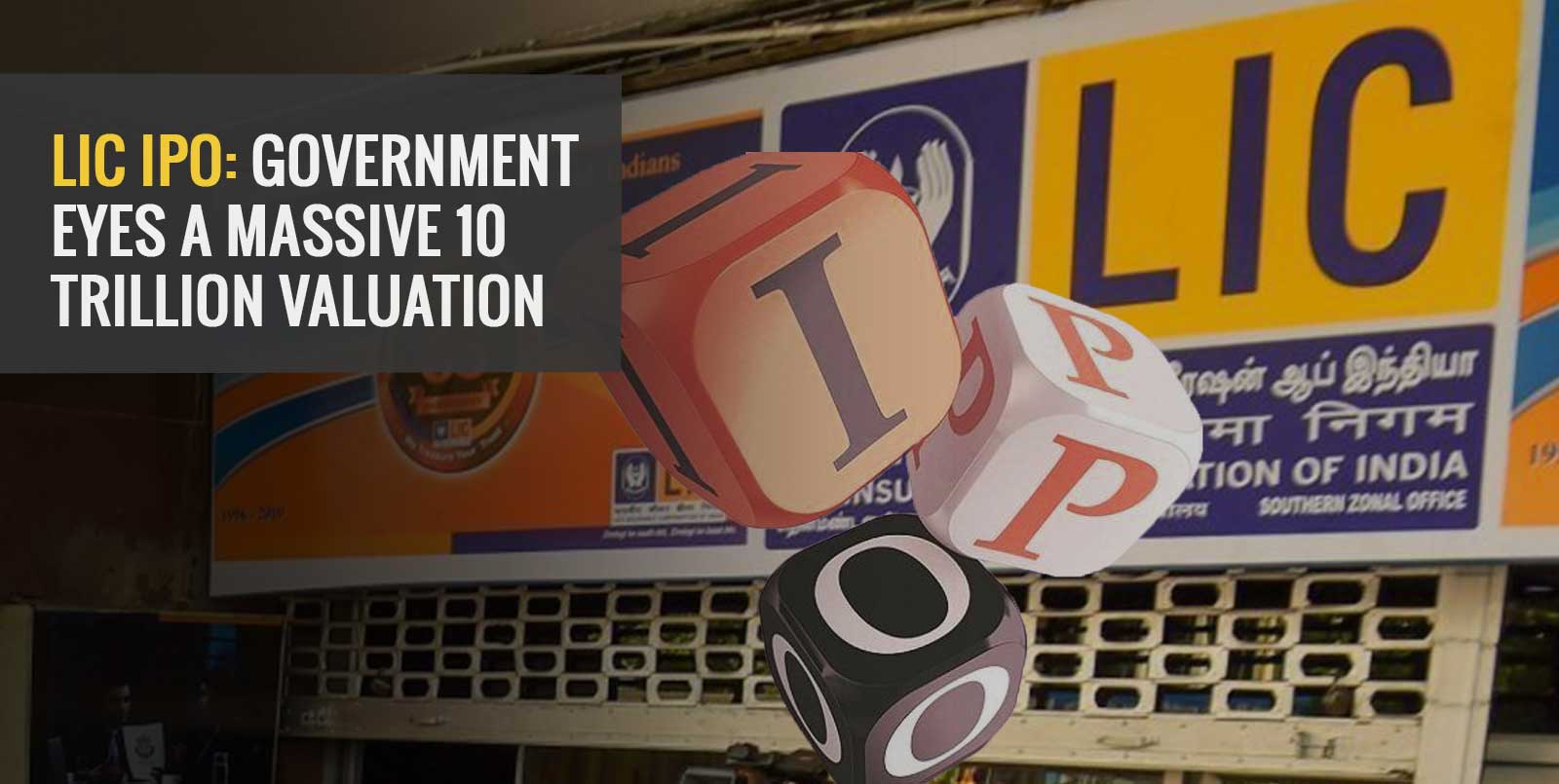 The government of India has asked its valuers and advisors to discover whether LIC (Life Insurance Corporation of India) should be valued at Rs. 10 trillion or even more. This came after an outstanding Zomato IPO, via which it gained a Rs. 1 trillion valuation.

Further, the government is also looking to discharge around a 10% stake in LIC through its IPO. At this massive valuation, the government aims to reach a net target of at least Rs. 1 trillion from LIC IPO. This will help in uplifting the centre’s efforts in meeting the Rs. 1.75 trillion disinvestment in the current fiscal.

Here’s more about this IPO.

This attainable valuation is still on preliminary talks and can alter after further discussions. Moreover, as per people accustomed to this matter, the government is also planning to sell 5-10% of the company. This could generate an amount anywhere between Rs. 400 billion and Rs. 1 trillion.

Previously, a finance ministry’s spokesperson declined to comment regarding this. In addition, an email sent to the Life Insurance Corporation was not acknowledged by the company.

Analysts say that LIC’s sale could be the mother of all IPOs. They also believe that, given the solid appetite, this sale will possibly begin at the end of this financial year. This will drain liquidity and also affect the secondary market to some proportions.

Further, the Indian government is utterly ambitious with the LIC IPO to help commend an increasing budget gap while it plans to obtain Rs. 1.75 trillion by March 2022 via disinvestments.

Why Is this IPO So Important to the Indian Government?

As mentioned earlier, this listing is important for the government to meet its disinvestment target. Moreover, LIC IPO garners increased importance since India plans to privatise two banks and one insurance company.

More importantly, while LIC will have independent directors and operate in a corporate structure, it will carry on with the sovereign guarantee. This could prove to be of great comfort to investors and FPIs. Meaning, the government could fuel LIC with more capital if the need arises.

Market participants are obsessed over LIC’s reach and size, viewing great potential for its future growth. Insiders even say that if 22 lakh agents sell one policy a year, it will result in huge volume. Besides, Life Insurance Corporation of India is the nation’s biggest institutional investor. It features a huge investment portfolio that can initiate massive investment returns.

Currently, the biggest challenge of LIC is to bring efficiency over its large agent network while nurturing its market share.

Kotak Mahindra Bank Ltd., JPMorgan Chase and Co., ICICI Securities Ltd., and Goldman Sachs Group Inc. are among the ten banks selected by the government to arrange this IPO.

As per reports, LIC’s listing can take place between January and March 2022.