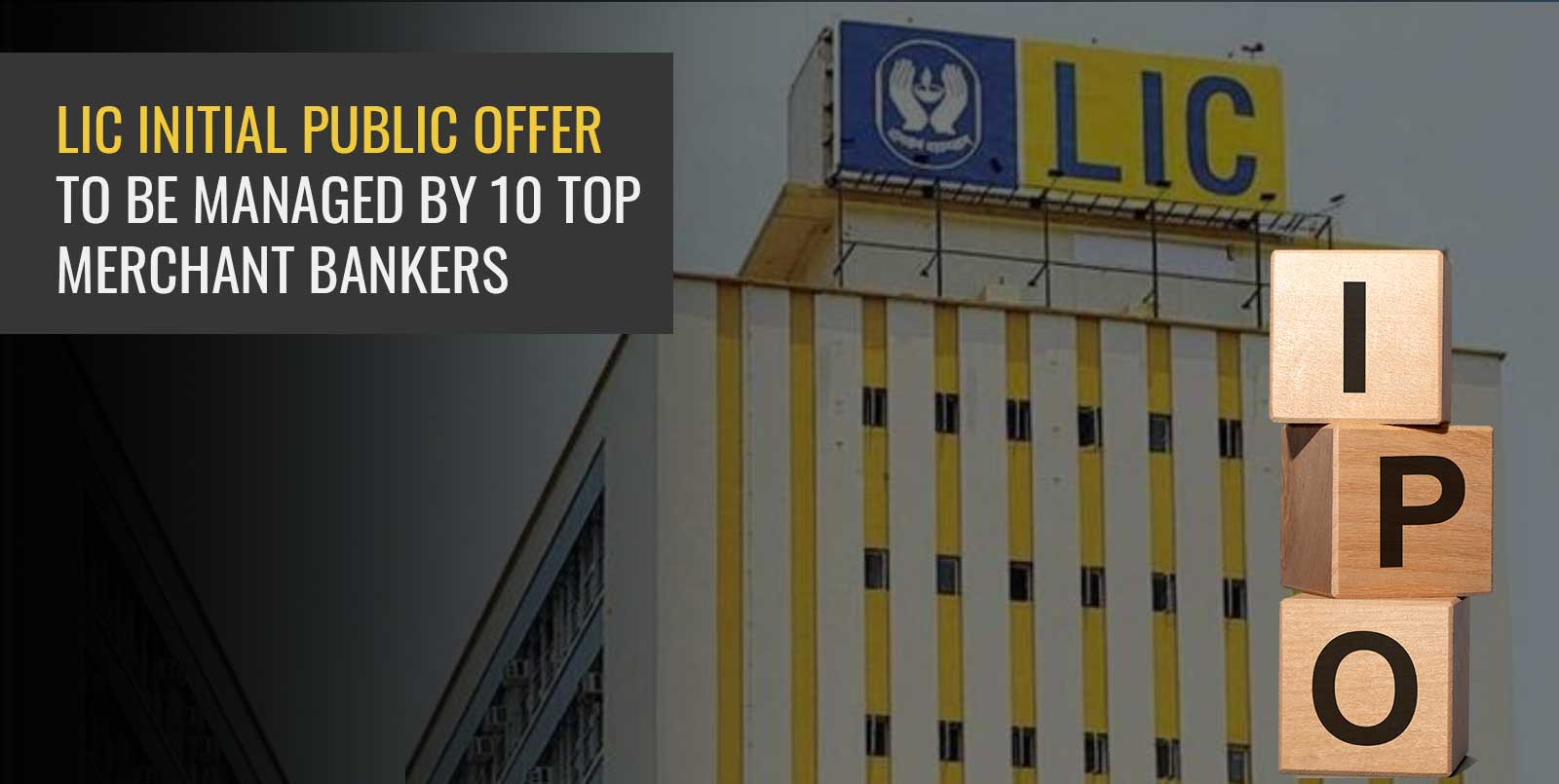 The LIC IPO is keeping investors across all segments occupied with its prospects. However, the government is yet to announce concrete details regarding the public offer’s timeline and issue size. This is because the public offer is still in the planning process, which is advancing at a rapid speed. The government has appointed 10 lead bankers to manage this upcoming public offer as per the latest development.

Here’s more on it!

So, Who are the Lead Managers for LIC IPO?

Previously, 16 banking institutions, including 7 international and 9 domestic banks, were considered to lead this upcoming IPO.

However, recently, the government declared that a total of 10 banking entities have been selected to head the most awaited IPO of this year.

These following entities will be closely involved in managing this public offer:

As per reports, these merchant bankers were chosen from among 16 banking institutions that made a presentation to a closely-knit inter-ministerial group last Thursday on 26 August 2021.

What were the Parameters for the Selection of Lead Bankers?

Some parameters that were taken into consideration include:

Besides these, the merchant bankers in the running had to present different approaches to valuation that could be used to finalise IPO price and overall value.

Exceptions to Lead Manager Selection: In a Nutshell

Previously merchant bankers could quote a minimum of Re. 1 to secure marquee disinvestment deals backed by the government. However, in the case of LIC public offer a minimum of Rs. 1 crore as fees for each participating bank is the said syndicate.

Other Key Developments for this Upcoming IPO

These are among the major developments with regards to this public offer:

It is still expected that the government could bring in anchor investors to park a maximum of Rs. 25,000 crores in the LIC shares.

With the appointment of lead managers, LIC is one step closer to its public offer. That said, the government is yet to undertake key decisions with regard to other aspects of this upcoming IPO.

That said, it is expected that the insurer will soon announce its IPO size. Alternative Mechanism on strategic Divestment, a ministerial panel is already proactively working on it and could soon make a concrete announcement regarding the issue size.

So far, it is expected that the disinvestment could be of nearly 10% and will be carried out in two tranches. Therefore, stag investors who are invested in the developments of LIC IPO should keep a close tab on these expected developments to gauge the market temperament surrounding this public offer.

Keep an eye on Angel One blogs to catch all the latest happenings of the IPO world!

LIC is yet to announce its IPO size. However, it is believed that the LIC IPO size will be larger than all other preceding public offers.

LIC has not shared any details regarding its upcoming IPO.