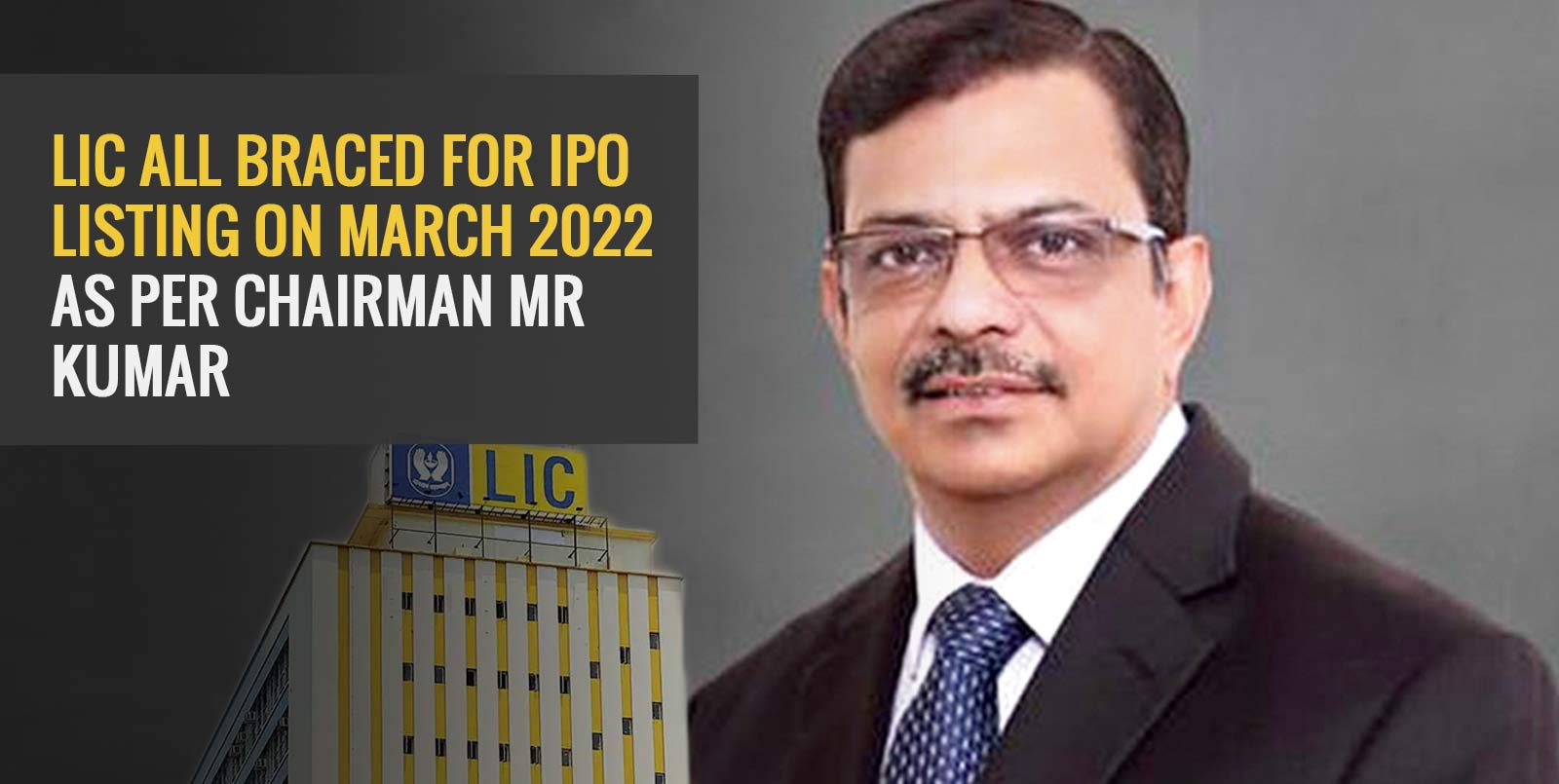 The chairman of India’s largest insurance provider, LIC, seems positive about touching the milestone with its public offer in March 2022. During an exclusive interview, Chairman MR Kumar stated that preparations for this IPO are sprinting. He also described what this mega IPO would mean for investors, shareholders and the stock market.

Keep reading to know more about what LIC’s chairman stated in the interview.

LIC to Change the Indian Capital Market with Its IPO

When it comes to insurance service providers in India, LIC breaks the record around all metrics. According to its chairman, the company is all set to hit new records with its initial public offering.

In an interview, MR Kumar highlighted the road map for LIC and laid out a few significant challenges that LIC faced in the due course of getting listed on the bourses. The firm’s chairman also said that it is arranging for enhanced compliance and accountability to all investors and shareholders after listing.

Other than its initial share sale, IDBI Bank’s stake sale is another vital function for LIC. Regarding this, the leading insurance firm’s chairman mentions that the planned investment in IDBI Bank has settled off. He also explained the reason behind the firm’s belief in this bank and said he would like to maintain its relationship with IDBI in the near future as well.

Furthermore, Chairman MR Kumar also provided a rundown of the domestic insurance sector, including the high protection gap as a significant challenge.

While sharing LIC’s plan to attract millennials, its chairman highlighted its aim to reach growth by accompanying digital initiatives and heightened pressure on the bancassurance network.

Moving forward, he believes that the insurance industry will continue to witness increased competition, which LIC is ready to get through.

A Closer Look at LIC IPO

LIC plans to hit the primary market by selling 10% of its stake to enter the stock exchanges. The Indian government aims to generate around Rs. 80,000 to Rs. 1,00,000 via this public offer.

This IPO is by far one of the most anticipated IPOs. The process for this public offer was slowed down due to the pandemic. However, preparations for the same are in full swing now.

LIC, which has been serving the Indian population for 63 years, brings forth several benefits with its IPO, including:

LIC has a workforce of more than 1.14 lakh employees and offers an extensive range of insurance plans, money back plans, term insurance plans, etc. With direct operations through various foreign branches, LIC is all in to compete in this dynamic insurance industry.

LIC features a market share of 69% in the insurance sector.