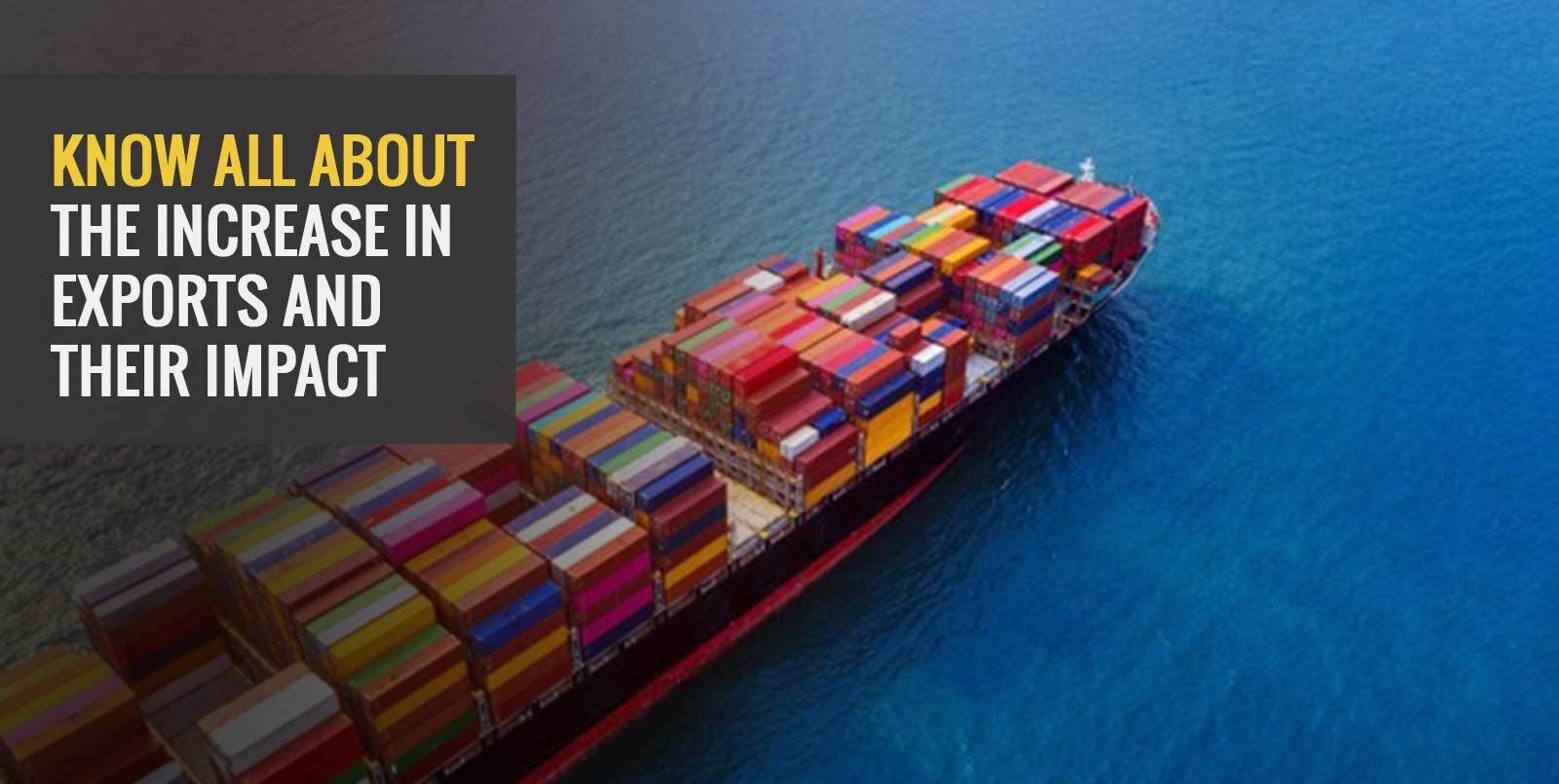 According to the provisional figures issued by the commerce ministry on Tuesday, imports also rebounded strongly, up 51.7 percent from a year earlier and 18.2 percent from August 2019, indicating a larger trade recovery.

For the sixth month in a row, merchandise exports have surpassed the pre-pandemic level. Between April and August, exports totaled $164.1 billion, up 67.3 percent year over year and 23.3 percent compared to the same period in FY20.

Both export and import growth rates are slightly higher than the ministry’s early forecasts, which were announced this month. The trade gap increased to $13.8 billion, a four-month record.

As experts have pointed out, export growth had been slow even before the pandemic — outbound shipments increased by roughly 9% in 2018-19 but fell by 5% in 2019-20. As a result, only a sustained rise over the next few years will allow India to reclaim its former glory.

Furthermore, primary exports increased 31.9 percent year over year in August, lagging behind the 46 percent increase in overall merchandise exports, owing to a rise in international petroleum oil prices and a resurgence in ornaments exports following a decline last year.

Total goods imports were $219.6 billion in April-August, rising 80.9 percent from a year ago but just 4.4 percent from pre-pandemic levels. Petroleum products, gems and jewellery, engineering goods, cotton yarn, fabrics, made-ups and handloom products, and electronics were among the top export performers in August, with outbound shipments up 144 percent, gems and jewellery up 88 percent, engineering goods up 59 percent, cotton yarn, fabrics, made-ups and handloom products up 55 percent, and electronics up 32 percent.

What happens when the number of exports rises?

More exports indicate a greater level of output from a country’s manufacturing units and industrial facilities, as well as a larger number of people employed to keep these factories running.

When the trade deficit rises, what happens?

Domestic workers’ incomes are lowered as a result of the trade deficit, pushing many into lower income brackets. Families with lower incomes find it much more difficult to save. As a result, rising trade deficits have the potential to reduce national savings.

If you import more than you export, you’re sending more money out of the country than you’re bringing in. On the other hand, the greater a country’s exports, the greater its domestic economic activity. More exports imply more output, employment, and revenue.