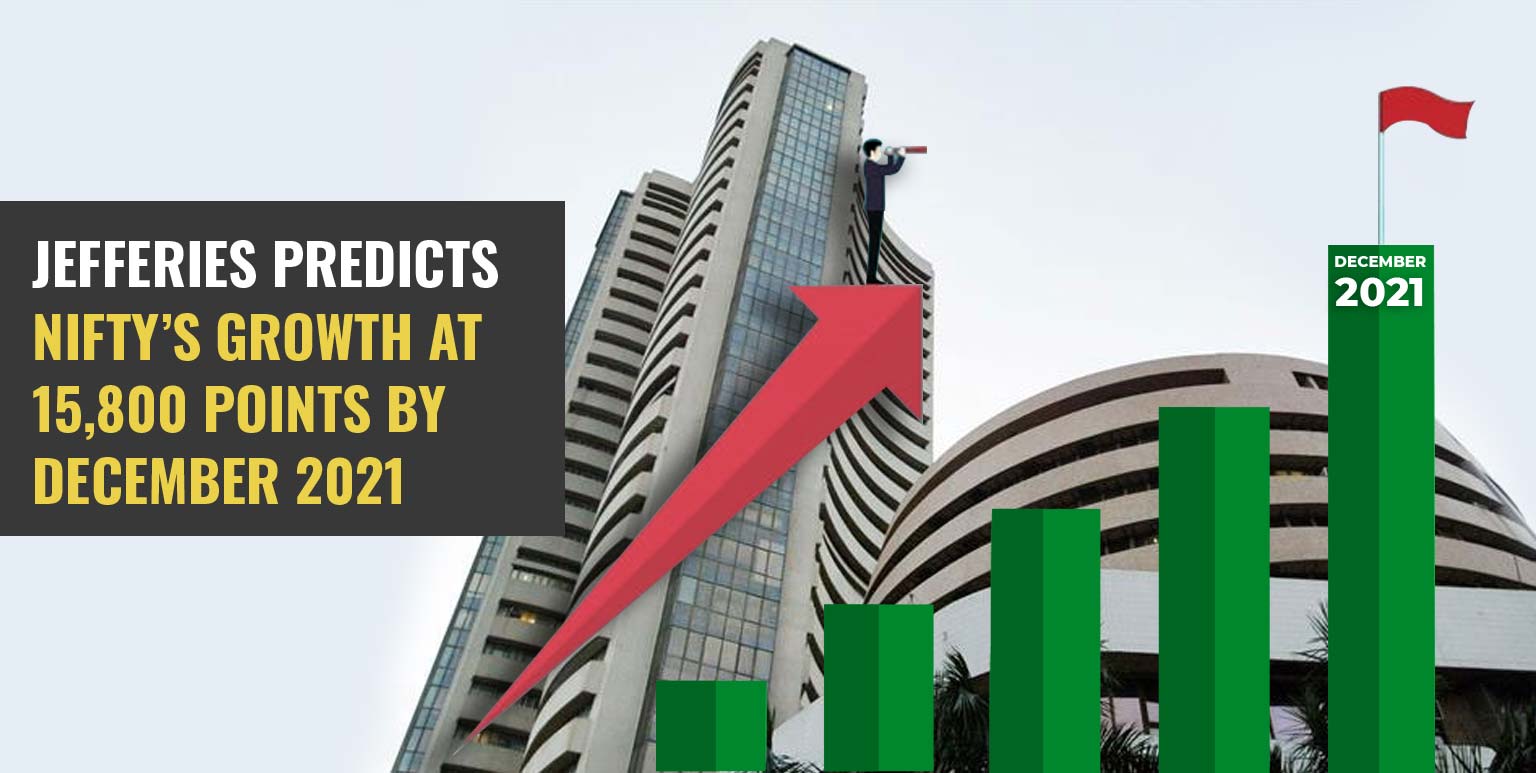 International brokerage firm Jefferies India predicted strong performance from Nifty in 2021, expects the index to grow 12 percent to touch 15,800 points milestone in December 2021. Amid favourable global backdrop, the domestic equity market is expected to rally to generate a healthy 14 percent return. Mahesh Nardurkar, MD and head of Jefferies India said the Nifty 50 would maintain a bullish view, supported by growth in realty and financial sectors.

The firm maintained a positive stance on India’s economic recovery and supported its bullish prediction.

In 2020 despite pandemic uncertainties that hit the market, Nifty managed to advance 15 percent, with a substantial growth registered during the second half of the year when the index rallied strongly.

Nifty’s recovery is among the strongest despite weak growth rate in the economy. During the last trading day of 2020, Nifty traded at 14,000 points. When pandemic hit the Indian market in March, Nifty plunged to 7,610 level. The key equity index rallied strongly and registered 80 percent growth to touch 14,000 threshold by year-end from that level. Nifty’s recovery was better than its other Asian counterparts. Hongkong and Indonesia and Malaysian indices have risen respectively 25 and 35 percent during the same period.

The performance of Nifty is quite in contrast to India’s limping GDP growth. The latest prediction of GDP estimated GDP to contract by 7.5 percent on a year-on-year basis. Although it is a better projection than a 23.9 percent decline predicted in 2020, the Indian economy is still facing recession. The growth of Nifty is then a result of healthy foreign capital inflow, which has risen significantly during the second quarter of FY21.

However, sustaining the rise of Nifty and achieving the predicted growth by December 2021, key economic factors like inflation and recovery of the mid-cap sector must register a good performance.

The inflation rate is currently high, supported by increased liquidity. However, RBI will not be able to ignore it longer once the economy shows the obvious revival signs. The recent inflation is in growth support mode, however, if no measure is taken, India may face problems of persistent inflation and rising current account deficit.

Secondly, for all-inclusive growth, India’s mid-cap sector performance must rise. Jefferies noted in its report that the ongoing liquidity glut and supportive environment are a significant catalyst for mid-cap industry’s recovery.  “With GDP growth rising to 13% in FY22, and broad-basing happens in economic activity thanks to a cyclical pick-up in property, mid-caps should do well,” the report mentioned.