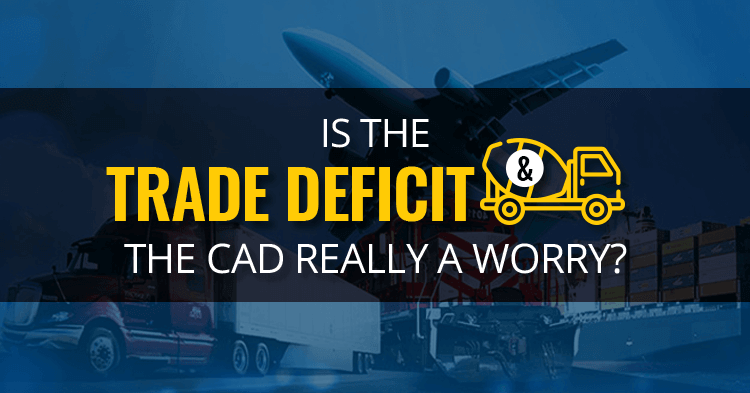 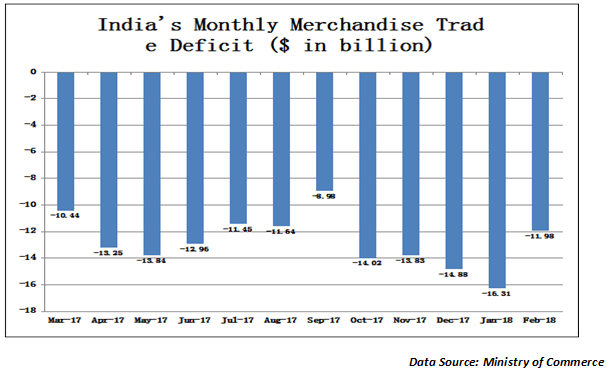 As can be seen from the above chart, barring the month of September, the merchandise trade deficit has been above $10 billion in all the months. In fact, the cumulative trade deficit of $154 billion for the first 11 months of the year hints at an average monthly trade deficit of $14 billion. We may close the year with a trade deficit in excess of $170 billion. The trade deficit has been rising through the year due to a mix of higher crude oil prices and higher gold imports. The real worry could be on the total imports front. The total import bill for the fiscal year 2017-18 is likely to end up at $470 billion. That means, the current forex reserves of $421 billion will be sufficient to cover just about 10 months of imports. That is not a very comfortable scenario especially if benchmarked against other BRICS nations.

Why current account deficit could be the bigger problem?

As we saw earlier, the current account deficit (CAD) covers the trade deficit, services surplus, the secondary income surplus and the primary income gap. The CAD is normally measured and presented quarterly and that is one of the key parameters that determine the value of the currency and the external ratings of the country. So, how exactly has the current account deficit panned out over the last few quarters? 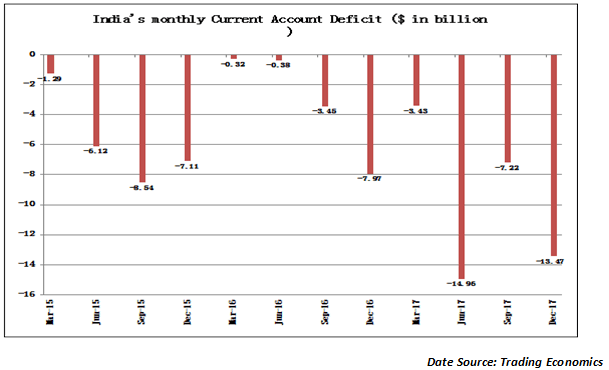 The current account deficit was just about 1.3% of GDP in the quarter ended December 2016 but for the quarter ended December 2017 it has sharply gone up to 2% of GDP. Why is this relevant? The 2% mark is normally considered to be the tipping point for the CAD to begin having an impact on the currency value. We have seen the impact from the rupee weakening beyond the65/$ mark and this situation could get exacerbated if the CAD widens further. Normally, 2% level of CAD is a call to action for the government and it may be recollected that S&P had refused to upgrade India’s sovereign ratings largely because of India’s vulnerability of the CAD.

Is the rising trade deficit and CAD a worry for India?

India currently has around 10 months of forex cover for its imports and that may not be too alarming. But it is high time the alarm bells start ringing and policymakers start looking at this seriously. So, while there may not be reasons for India to lose sleep over the issue, there are some key factors to keep a watch on…

The forex reserves at around $421 billion are still comfortable but if the rupee weakens from current levels then the RBI may enter the market to support the rupee and that could deplete the forex reserves. The depletion will e nowhere close to what Russia saw in 2015 and 2016 but it will be a risk, nevertheless. India needs to be cautious on this front.