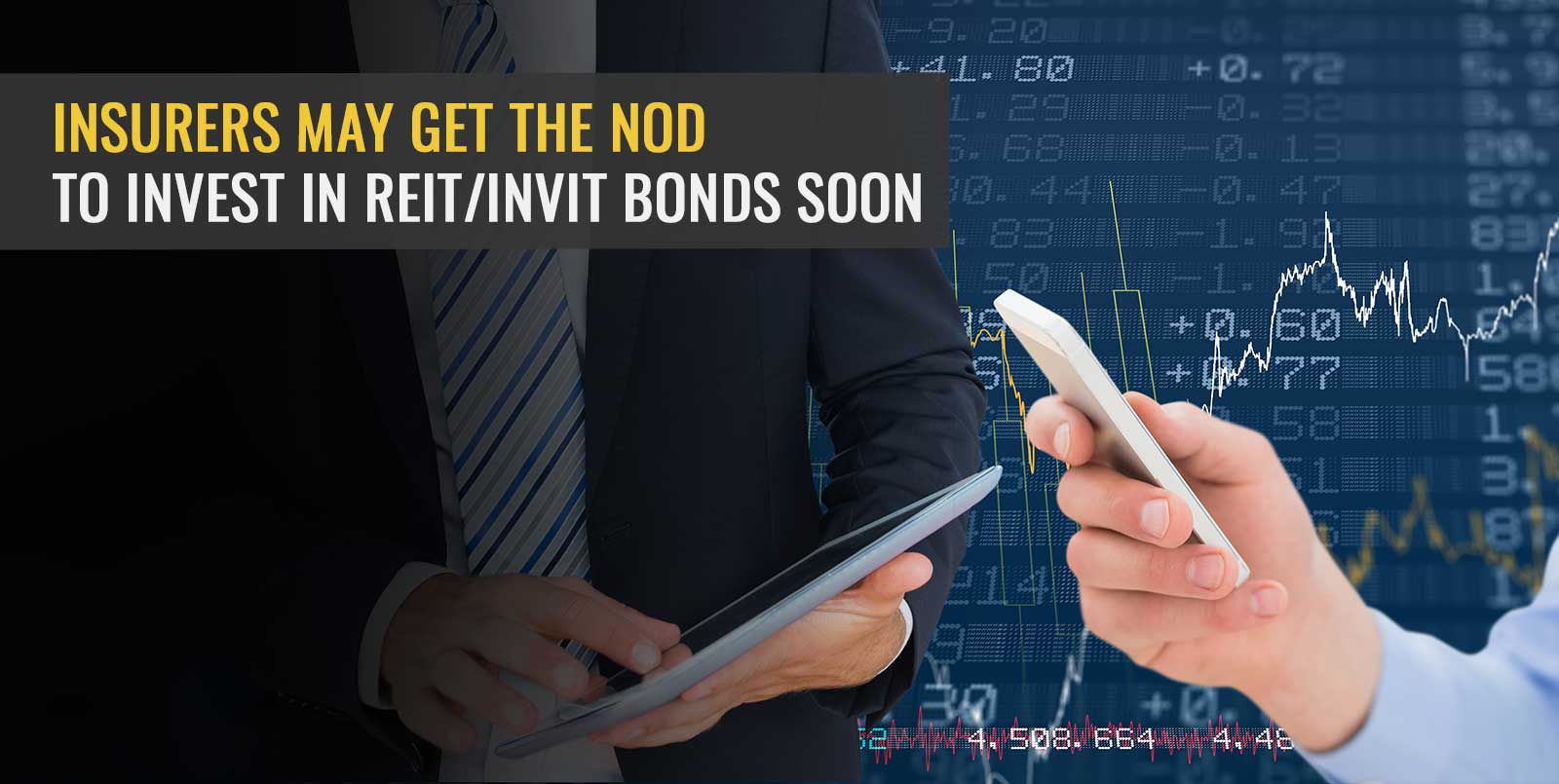 Will insurance firms be allowed to invest in debt securities issued by real estate or infrastructure investment firms? The answer is yes. News reports suggest that the Insurance Regulatory and Development Authority (IRDA) is planning to permit such investments in a bid to boost REIT and InvIT investments attractive.

What are REITs and InvITs?

It may be recalled that the Union Budget for 2021-22 announced in February has made investments in real estate investment trusts (REITs) and infrastructure investment trusts (InvITs) an attractive proposition. The Budget announced that dividend payments to REITs and InvITs would be exempt from tax deduction at source (TDS).

There are seven InvITs (two public and five private) and three REITs currently. These trusts are focused on infrastructure projects like commercial realty, gas pipelines, power transmission and roads. They have a market cap of $18 billion.

REITs and InvITs allow an investor to invest in infra or real estate assets without actually owning them. The units issued by these trusts are listed on the stock exchange. Market regulator SEBI first issued guidelines for REITs and InvITs in 2014 with subsequent revisions in 2016 and 2017.

What are the implications of the proposed move?

This move is aimed at boosting real estate and infrastructure projects by channelising funds to such projects. REITs are firms that fund, own and operate realty projects while InvITs fund, build and operate infra projects like bridges or highways. Debt financing for these projects would be allowed for foreign portfolio investors as well, according to the Budget.

Although there is no confirmation on the issue of IRDA allowing insurers to allow investments in bonds issued by REITs/InvITs, such a move would help the REIT and InvIT sector to tap into a vast resource, ie, insurance amounts. The Finance Bill, which is yet to be passed, also proposes that holders of bonds issued by REITs or InvITs will be allowed to approach the National Company Law Tribunal (NCLT) in the eventuality of a default. This ensures much-needed accountability and infuses confidence among bond holders.

Further, the proposal pertaining to the exemption of TDS on dividend payments will go a long way in easing compliance. In the 2020 Budget, dividend distribution tax (DDT) at the level of companies was abolished and the dividend was taxable at the shareholder end.

REITs and InvITs in the MF and NPS space

According to SEBI data, fund managers invested over Rs 3970 crore in REITs in 2020, compared to Rs 670 crore in the previous year. Mutual fund investment in InvITs for 2020 was a little over Rs 9100 crore lower than Rs 11,300 crore in 2019. According to market regulator SEBI, REITs and InvITs need to distribute at least 90 per cent of cash flows to holders of units. This is why they are attractive debt instruments for hybrid or debt mutual funds.

SEBI’s move to allow mutual funds to invest in REITs and InvITs in 2017 was aimed at drawing more investors into these instruments. It was in 2016 that private sector subscribers to the National Pension Scheme (NPS) were allowed to invest up to 5 per cent in units issued by real estate or infrastructure investment trusts.

IRDAI’s 2017 guidelines for investment in InvIT and REIT units

Both real estate and infra investment trusts are well suited to insurance companies and their investment goals. Although the IRDA issued guidelines back in 2017 allowing insurers to invest in units of REIT/InvITs, the conditions imposed such as an investment cap of 5 per cent for investing in a single InvIT has led to limited insurer participation.

The Finance Bill 2021-22 proposal that lets InvITs/REITs to seek debt financing from insurance companies will change the name of the game as the insurance; the insurance sector in India is expected to manage Rs 35 lakh crore assets by the end of 2021. Those issuing bonds cast their eyes on the insurance amount as it is a long-term proposition and benefit infrastructure and real estate investment trusts.

According to a Crisil analysis, REITs and InvITs have the potential to raise nearly Rs 8 lakh crore for India’s infrastructure projects over the next five financial years. Allowing them to issue bonds and let insurers to invest in the same will be a step towards achieving that goal.