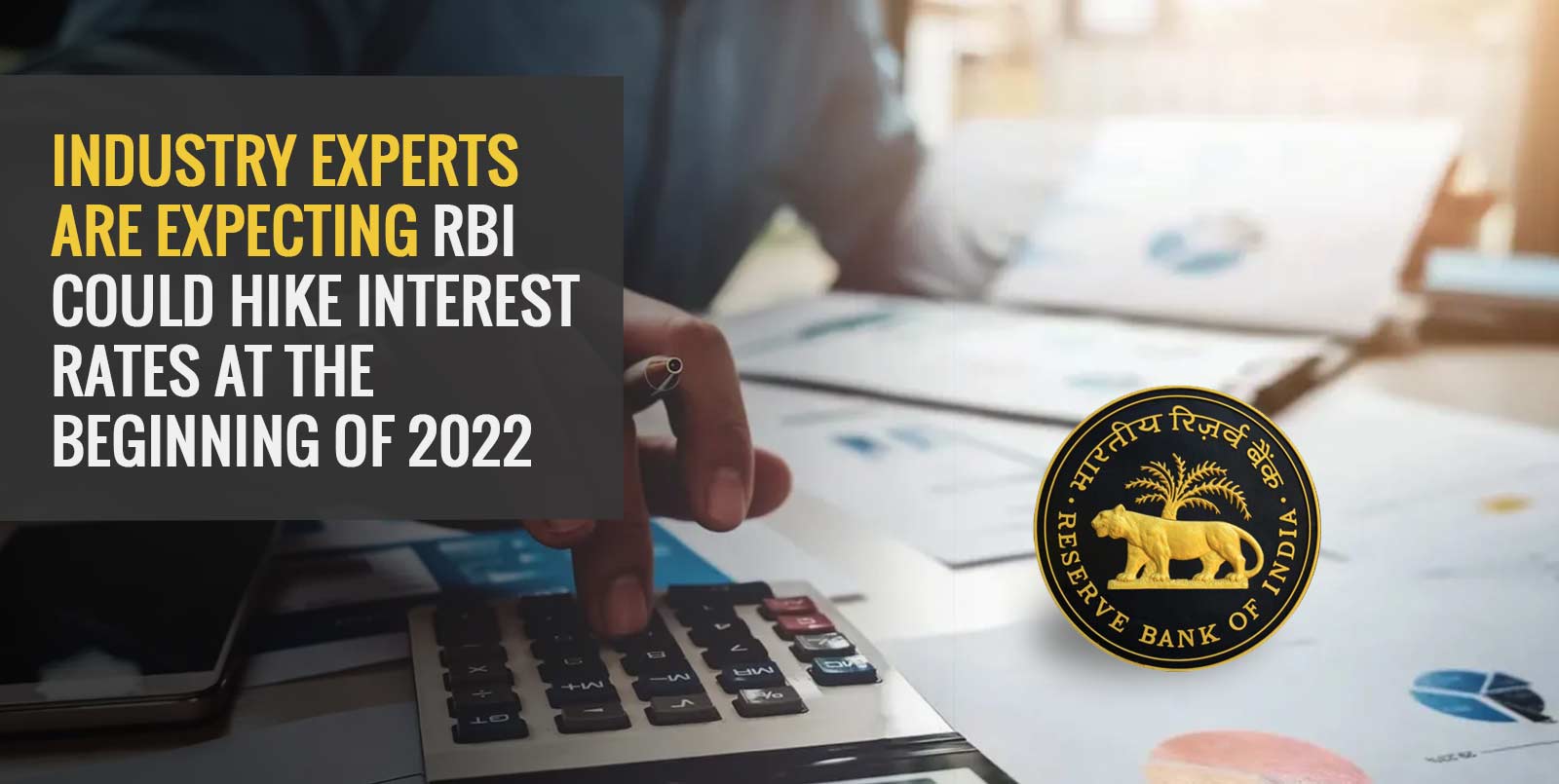 The Reserve Bank of India’s decision to hold key rates steady has sent a strong message that it is concerned about the impact of rising interest rates before the recovery of the economy can happen.

The RBI may be reaching the end of its tolerance for inflation and will most likely raise interest rates in the first quarter of 2022, according to experts. The central bank is expected to raise the reverse repo rate by a small amount next month as part of its normalization process.

The reverse repo rate is the interest that banks receive from the RBI for parking excess liquidity.

Reasons why RBI kept the rates unchanged this time

The Central Bank’s monetary policy committee (MPC) on Wednesday maintained the status quo for its ninth straight meeting. They decided to maintain the accommodative stance to support growth and maintain inflation within the target.

The unchanged repo rates will help keep the interest rate regime on hold for some more time. This will support the environment of affordable borrowing for borrowers.

These steps are being taken owing to the economic disruption caused by the ongoing Covid-19 pandemic. The repercussions of an economic slowdown are not very apparent because of the infusion of funds happening from various ends, be it in the capital markets from institutions or into the economy by the governments.

The Monetary Committee (MPC) of the Reserve Bank of India has retained the growth target for the next financial year at 9.5 pc. It also maintained the inflation target at 5.3 pc.

What’s in the pipeline?

If the inflation pressure continues, which is a central bank’s concern, then the rates will start to rise. This will most likely happen in the next fiscal year.

Overall, the recovery from the second wave of the pandemic is regaining its momentum, though it is still not strong enough to support sustained growth. The need for continued policy support is also highlighted.

The Government is also expected to continue to spend heavily on capital projects and a revival in housing investment. In 2022, Goldman Sachs expects India’s Gross Domestic Products to grow at a robust rate of 9.1 pc y-o-y.

According to Barclays, the Indian economy is on track to grow at a robust 10 pc in FY 21-22. The firm noted that the robust growth would be supported by low inflation and robust private consumption.

Strong fiscal and monetary support has helped sustain a swift economic recovery, which was achieved through the implementation of policies that are aimed at boosting vaccination.

What is the meaning of the status quo?

The literal meaning of status quo means that the existing state of affairs shall be continued as it is without any change. Concerning RBI’s MPC Meet, the status quo meant that the interest rates remained the same.

What is Gross Domestic Product (GDP)?

Gross domestic product is a widely used metric that shows the value of all the goods and services produced in a given period. It does not take into account variations in living costs and inflation rates in different countries. The concept of the gross domestic product as a basis for measuring living standards is also more useful when compared to the nominal GDP.