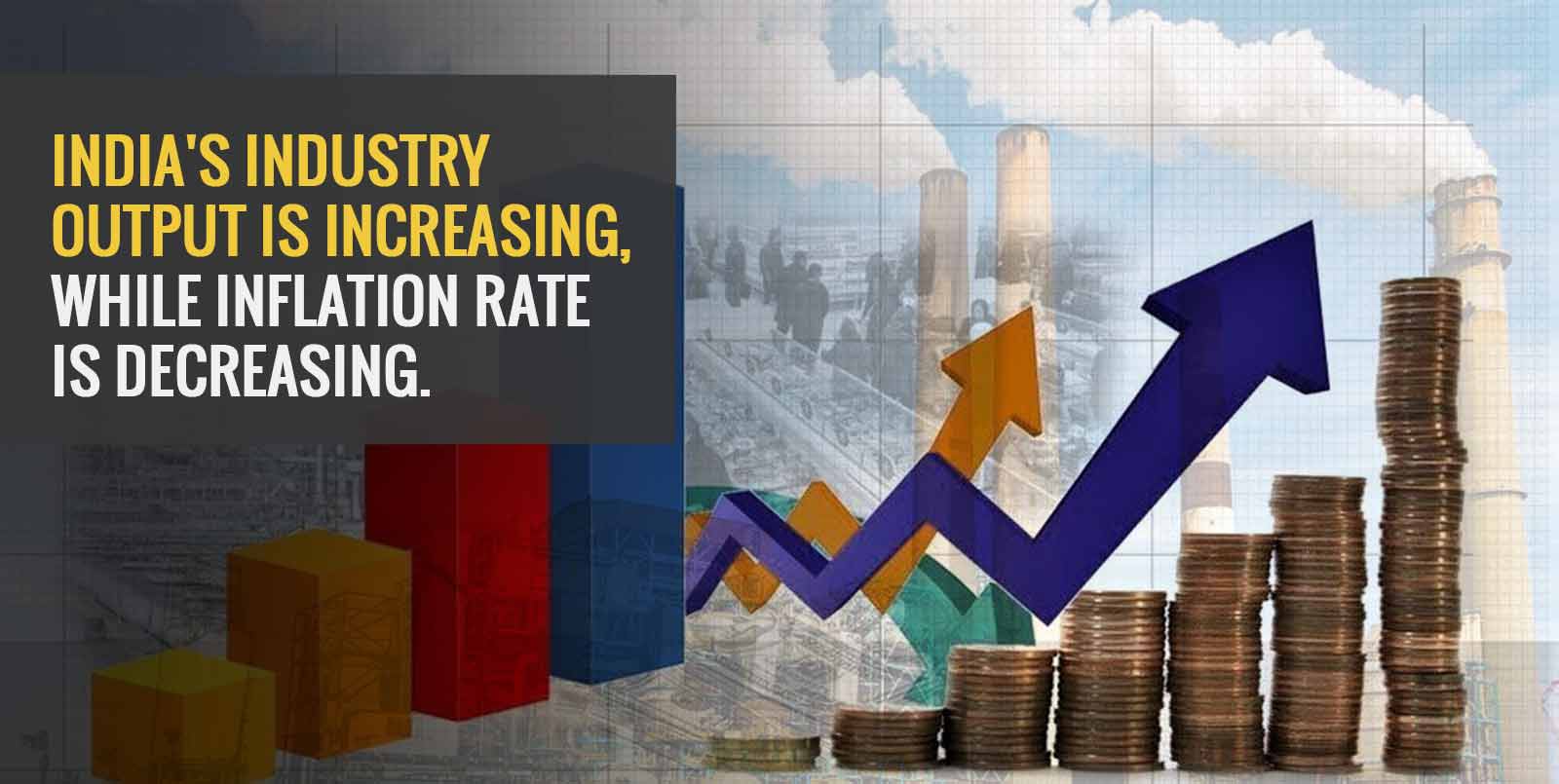 In May, India’s industrial production increased by 29.3% year-over-year, aided by base effects that exaggerated growth while obscuring the sequential deterioration in the month that was hit worst by the second wave.

Retail inflation dropped slightly to 6.27 percent in June, down from 6.3 percent in May, but remained beyond the RBI’s target range of 2-6 percent for the second month in a row.

The index of industrial output (IIP) was 13.8 percent lower in May than in the same month last year and 8% lower than in April 2021, highlighting the second wave’s impact. In May 2020, industrial output fell by 33.4 percent, magnifying this year’s gain.

The RBI is expected to prioritise growth. They expect the MPC to keep its existing policy guideline in favour of growth in the August decision. The next monetary policy committee meeting of the RBI is set for August 4-6.

Some analysts believe the central bank will keep its accommodating monetary policy in place until at least the end of 2021. Manufacturing increased by 34.5 percent, mining by 23.3 percent, and power generation increased by 7.5 percent from a year ago in May. Consumer durables, a measure of urban demand, grew by 98.2 percent, leading all subsectors to higher growth.

Consumer non-durables increased by 0.8 percent, but capital goods output, a measure of investment, increased by 85.3 percent. Base effects have propelled IIP expansion. Over the months, especially in July, this will be diluted.

Except for a handful, such as the manufacturing purchasing managers’ index, which showed a loss in June after an 11-month increase streak, most high-frequency indicators show the economy accelerated in June.

What exactly is the manufacturing sector?

The manufacturing sector includes businesses that engage in mechanical, physical, or chemical transformations of materials, substances, or components in order to create new and finished goods.

Plants, factories, and mills are common names for businesses in this sector, which utilise power-driven machines and materials-handling equipment.

This sector also includes businesses that manufacture handcrafted goods that are made in workers’ homes or in facilities where the goods are made and sold in the same location, such as bakeries, confectionery stores, and costume tailors.

The manufacturing sector in India

In east and south-east Asia, on the other hand, industry accounts for more than 30-40% of GDP, while manufacturing accounts for 20-30%. The manufacturing sector’s share of GDP has remained static, despite significant employment growth between 2004 and 2012.

What potential does India have in terms of promoting manufacturing?

For India’s manufacturing sector to grow, it must address three Ds: democracy, demography, and demand.

India has a population of 65 percent of people under the age of 35, which gives it an advantage over other countries. Also, every job produced in the manufacturing sector results in the creation of two to three jobs in the service sector.

India is attractive to manufacturers because of its growing middle class and young population, as well as its excellent returns. When compared to other countries, the cost of personnel is inexpensive.