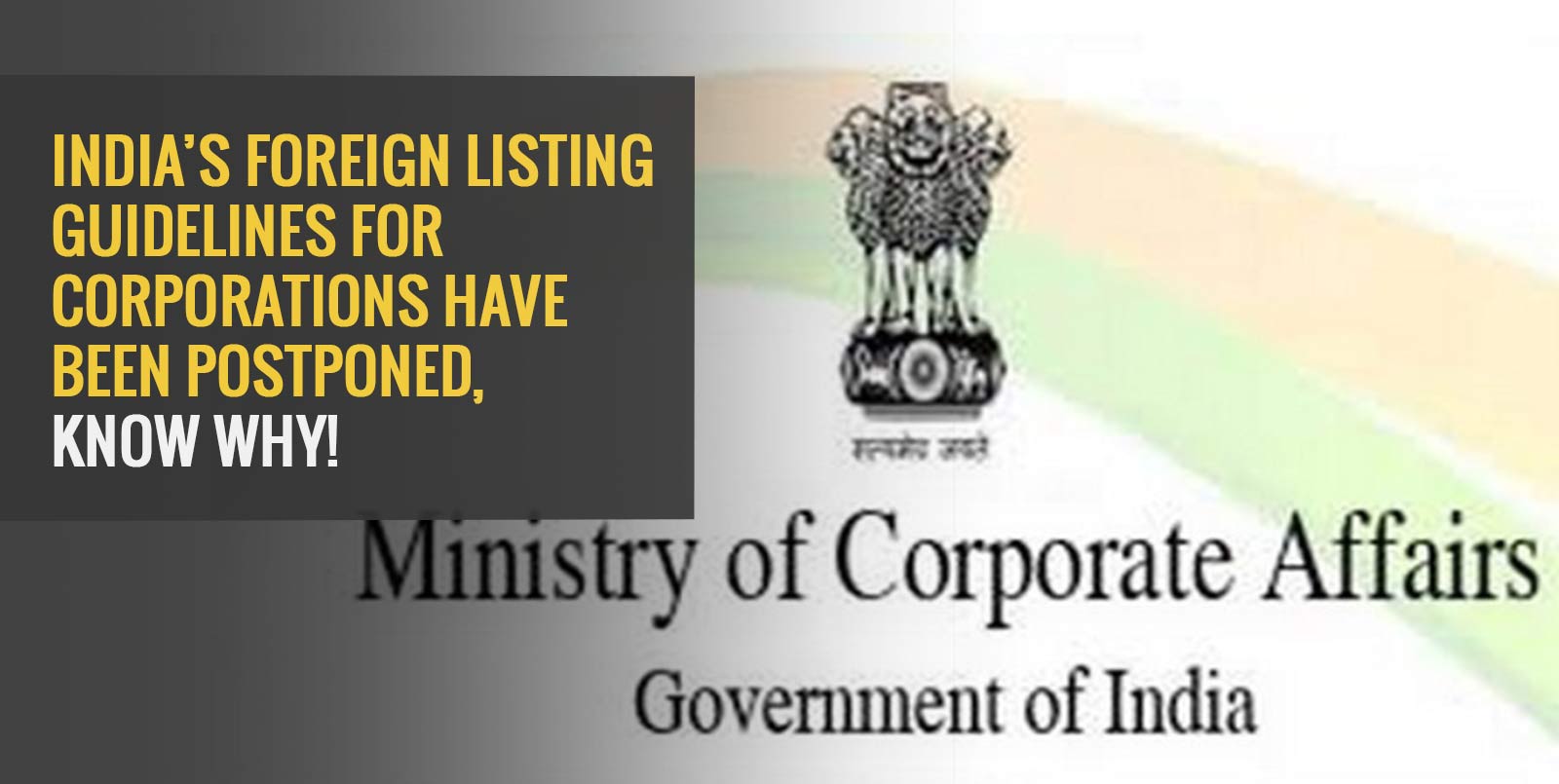 India will take six months to establish guidelines permitting companies to list on foreign exchanges, taking longer than some had anticipated as the finance ministry works out tax difficulties as per reports.

The delay is expected to dampen the aspirations of investors as well as many Indian entrepreneurs, who pushed Prime Minister Narendra Modi last month to quickly release guidelines governing overseas listings, which were approved about a year ago.

The rules will be announced in February’s federal budget reportedly, as the government is yet to make a decision on how to tax large investors and retail traders who trade Indian firms listed abroad.

One important issue is guaranteeing that big private equity and overseas investors incur the same long-term capital gains tax – roughly ten percent – whether they leave an Indian company listed on NASDAQ or not.

Several capitalists, financial institutions, and entrepreneurs have advocated that a shareholder’s exit from an Indian company that may list overseas be taxed as per Law in India if the investor retains a significant share of ten to twenty percent reportedly. The administration has not yet reached an ultimate ruling or established a structure. Irrespective of where the firm plans to list, they’d like to collect the tax if any investor exits.

Another issue the government was trying to resolve was whether it could collect tax on overseas retail investors who traded in an Indian stock that was listed outside of India, but it chose to exempt such transactions, according to reports.

However, the rules would make it clear that Indian nationals who profit from such dealings abroad will be subject to local taxation, the reports suggested.

Many investors and entrepreneurs, on the other hand, prefer the option of a foreign listing because they believe it provides companies with better access to funding and higher values.

In a letter sent to PM Modi in July, twenty-two investors and prominent Indian entrepreneurs encouraged him to speed up the international listing requirements, calling it an “unfinished reform agenda”. Further regulation delays will harm the startup ecosystem, as many companies are on the point of deciding whether or not to go public in another country.

What is the procedure for listing Indian companies on foreign exchanges?

The Indian government has approved direct listing of Indian companies on foreign markets in order to promote the country’s economy. However, a few things must be taken care of before the listing may take place, such as the revision of Section 23 of the Companies Act 2013. Furthermore, in order to be directly listed on foreign exchanges, corporations must meet particular criteria, such as average profit over the previous three years, paid-up share capital, and the value of the company’s tangible and intangible assets, among others.

What exactly is an overseas listing?

For mid-sized Indian enterprises with global ambitions, an overseas listing is an ideal platform. These companies may now compete globally and garner greater values because they have access to broader and more diversified pools of capital at a lower cost.

Why do businesses choose to list on a foreign stock exchange?

Companies that cross-list on international exchanges frequently do so to strengthen their brand. Any positive news will almost certainly be covered by foreign media outlets as a result of the company’s listing on numerous markets. A corporation having a global brand is more likely to be regarded as a major player in its field.

Is direct listing allowed in India?

A direct listing permits you to list on an overseas exchange as an Indian corporation with an Indian domicile. Some fundamental issues need to be addressed. The tax consequences for international and Indian investors are still being worked out.