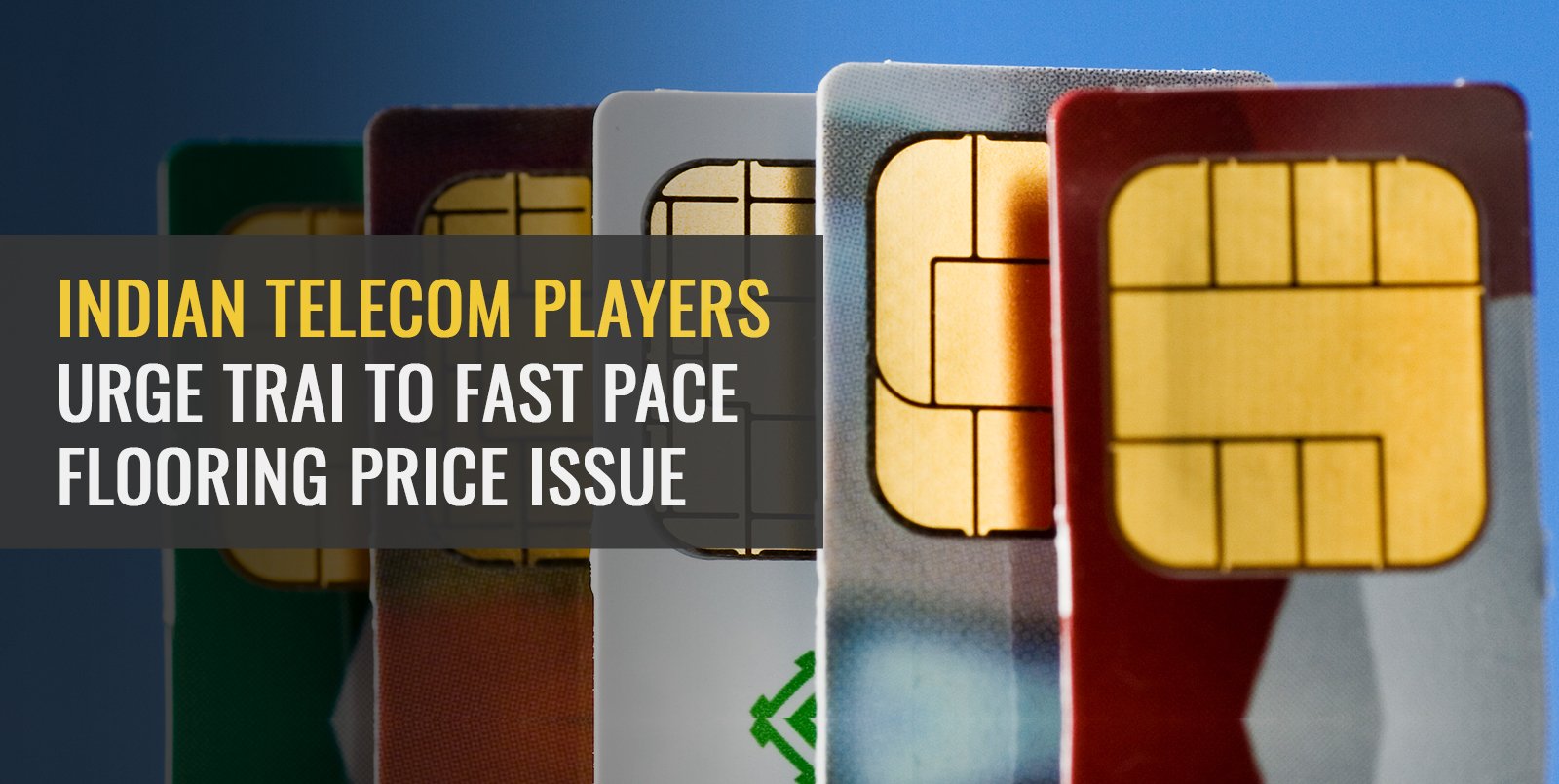 The Indian telecom players urged TRAI for an early decision on tariff flooring price, citing it is critical for reviving the telecom industry which is struggling with rising liability and shrinking profit. Now, there is no such ceiling placed, and service providers are free to decide prices for their services, prompts price war. Members of COAI, Cellular Operators’ Association of India, which includes Bharti Airtel, Vodafone Idea, and Reliance Jio have written to the apex body seeking TRAI to revive telecom sector.

TRAI has recently decided to conduct Open House Discussions, via video conferencing to accelerate decision on long-pending issues. However, it has suggested that it might not rush a decision on flooring price until the current situation stabilises amid COVID-19 condition.

The Indian telecom industry is reeling under widening profit gap as Average Revenue Per User or ARPU is lowest in India. From being the fastest-growing market, Indian telecom industry started to feel the pressure as liabilities began to mount. It was further worsened by an ongoing price war, which destroyed profit margin and pushed several players out of the market. Service providers are hopeful that a decision on flooring price will help them eliminate price war and improve ARPU, which is currently Rs 154. They are targeting to fix it at Rs 200 and eventually to Rs 300.

“Of course, even at this level of ARPU we believe we will be very well placed to serve all the lower-end customers who may have the capacity to pay Rs 100 or less,” urged Gopal Vittal, CEO Bharti Airtel, India and South Asia.

In 2019, the Supreme Court of India urged telecom providers to include non-core revenue into their adjusted gross revenue – reviving the old tussle between Mukesh Ambani’s low-cost upstart Reliance Jio and other operators.

In 2016, Reliance Jio was launched with a massive plan which allowed users to consume a large volume of data and voice limits. It spiked data usage by Indian consumers but lowered their spending by 41 percent, led to a sharp decline in telecom tariff. It forced other players to adjust their tariff level to keep market share intact, initiating price war. Although during this time number of data subscribers doubled, overall profit margin declined.

In 2019, cost of mobile data in India was $ 0.26, the lowest in the world as against $ 12.37 in USA and $ 6.66 in UK. Players like Vodafone and Airtel felt a severe burn from the brutal competition initiate by Jio. When Supreme Court ordered to clear past dues as per new definition of AGR, which is Rs 1.47 lakh crore, Vodafone-Idea Ltd, 2nd largest in India, threatened to shut down if no relief is offered.

The Internet and Mobile Association of India (IAMAI) opposed the move made by telecom operators terming it as illogical. It argued that there is no sign of market failure, and operators are responsive to market realities.

“In order to correct this, regulators must identify and remove unfair cost advantages in the forms of spectrum fees, interconnection charges, etc.,” IAMAI said.

IAMAI pointed out that it will not help resolving current issues that are affecting foreign investment in the sector, instead will prompt operators to cherry-pick services with high-profit potential and ignore low revenue services.

India has one of the lowest internet penetration rates in the world of 36 percent, which is even lower in rural areas at 22 percent. According to IAMAI, there is a need to provide more affordable internet connectivity in rural areas to empower marginalised section.

It is now up to TRAI to revive telecom sector. It will be a game-changer, helping members to reconstruct business models to maximise revenue and avoid price retraction. But there will be no change in tariff rate immediately – according to a report published by ICICI Securities. No player will take a risk to hike prices until flooring rates are released as it may act against them.