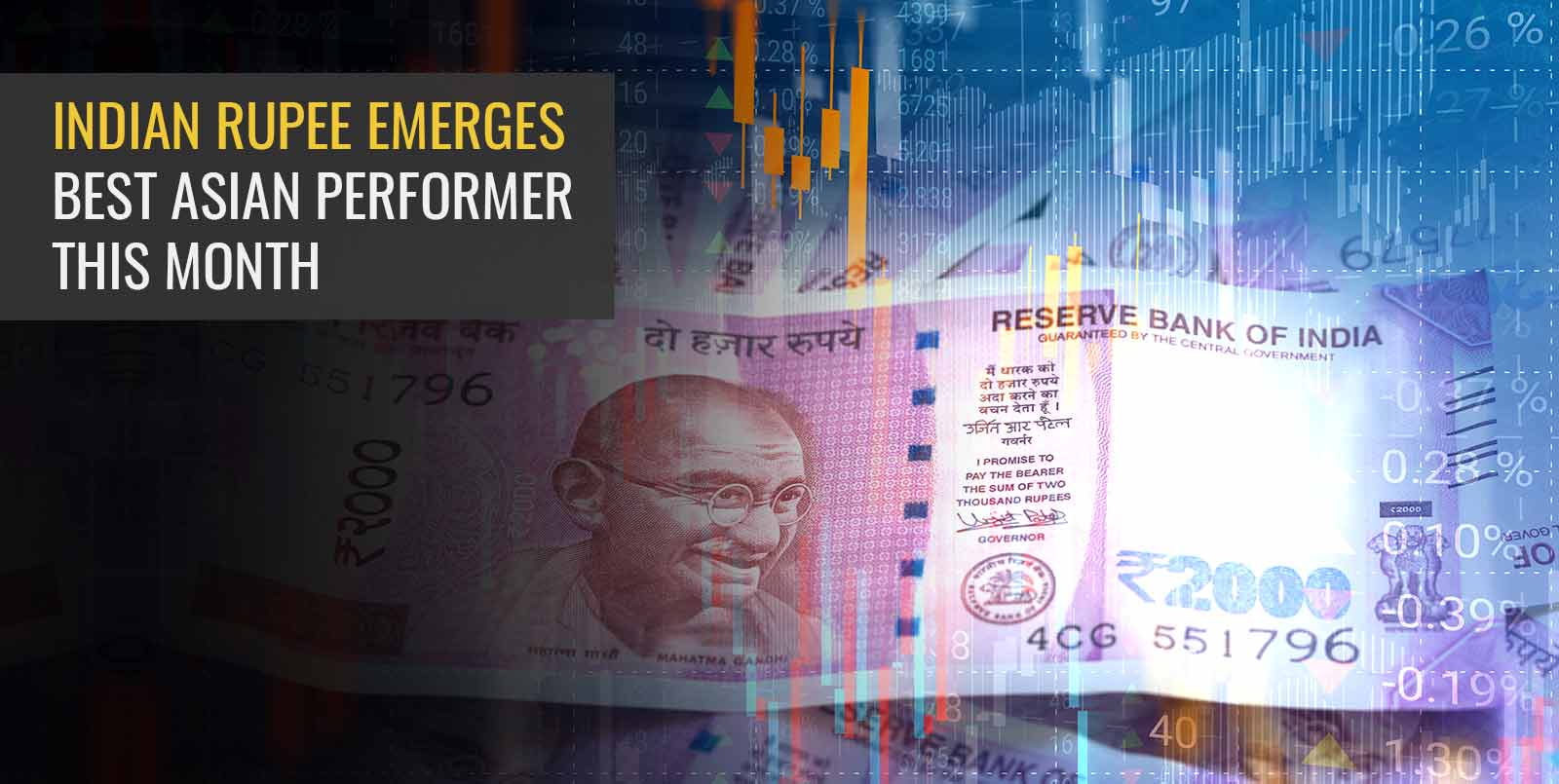 India’s rupee has been the only Asian currency to gain in March, growing 1.3 per cent on the back of foreign buying of domestic stocks worth $2.4 billion. This includes inflows into initial public offerings (IPOs). Data shows that nine offers of share sales amounting to Rs 59 billion this month has bulked up the inflows into emerging Asian countries.

The other Asian currencies including the Philippine Peso, Chinese Renminbi, Indonesian Rupiah, Malaysian Ringgit and Thai Baht have also had a negative impact, with the Baht losing the most ground in comparison with the US dollar.

Reasons for the rupee’s stronger show

The Indian rupee has performed relatively better than the other Asian currencies because an economic revival is on the horizon. Moody’s Analytics has upgraded its estimate of India’s GDP growth to 12 per cent in 2021, up from a projection of 9 per cent in November 2020. According to Moody’s prospects for India, Asia’s third-biggest economy has turned favourable in the near future. However, there are fears of a second wave of Covid-19 infections rising and that could impact the growth rate further.

India’s growth prospects have also received a further push with the Organisation for Economic Co-operation and Development (OECD) projecting growth of 12.6 per cent for the financial year 2022, which is the highest for all G20 countries.

The third vital aspect is India’s strong forex reserve. India’s foreign exchange reserves stood at $580.3 billion as of March 5, according to the Reserve Bank of India’s data. India recently went ahead of Russia’s $580.1 billion, data shows. The RBI’s move to protect the economy from drastic and abrupt outflows by accumulating dollars has meant a rise in forex reserves.

India’s forex reserves have gone up 21 per cent between April 2020 and March 5, 2021, owing to the RBI policy of mopping up foreign portfolio investment inflows since April. Foreign portfolio buyers have netted nearly Rs 2.66 crore in equity for FY21 thus far. Although they have pulled out a little more than Rs 53,600 from the debt market, it has not affected the total flows.

The RBI bought a total of $88 billion in the spot foreign exchange market last year, which made the rupee the worst performer among Asian currencies. The RBI’s huge intervention to accumulate forex in 2020 meant that India joined the US Treasury watchlist for manipulation of currency. However, the RBI had then signalled that it won’t give up on accumulating the dollar, in spite of the inclusion on the US watchlist. It was the rupee’s strength in 2020 that gave the central bank confidence to accumulate dollars. Nomura projected that the RBI bought $126 billion from the currency market last year, which is nearly 4 per cent of the GDP, according to news reports.

Apart from the Indian rupee, the Pakistani rupee (a dip of 3.53 per cent) and the Thai Baht (slide of 1.42 per cent) had also depreciated last year.

Meanwhile, Fitch has revised its forecast for the rupee to average Rs 73.50 per US dollar in 2021, marginally stronger than Rs 75.50 to the dollar predicted earlier, an indication that the rupee is likely to trade in a sideways manner for the majority of the year. The RBI’s intervention and the accommodative stance of the US monetary policy will offset the impact of rising oil prices and any kind of depreciatory stress on the rupee, according to Fitch Solutions. Fitch further added that greater monetary and fiscal support would still be needed for a strong rupee and economy.

According to a Reuters poll, the bullish position on the rupee towards the end of February 2021, rose to an over three-year peak over a positive economic outlook.

The Indian rupee has turned around from being the worst-performing Asian currency in 2020 to the best and only currency to register a strong performance this month. The factors include a strong forex reserve, a current account surplus and optimism over an economic revival.