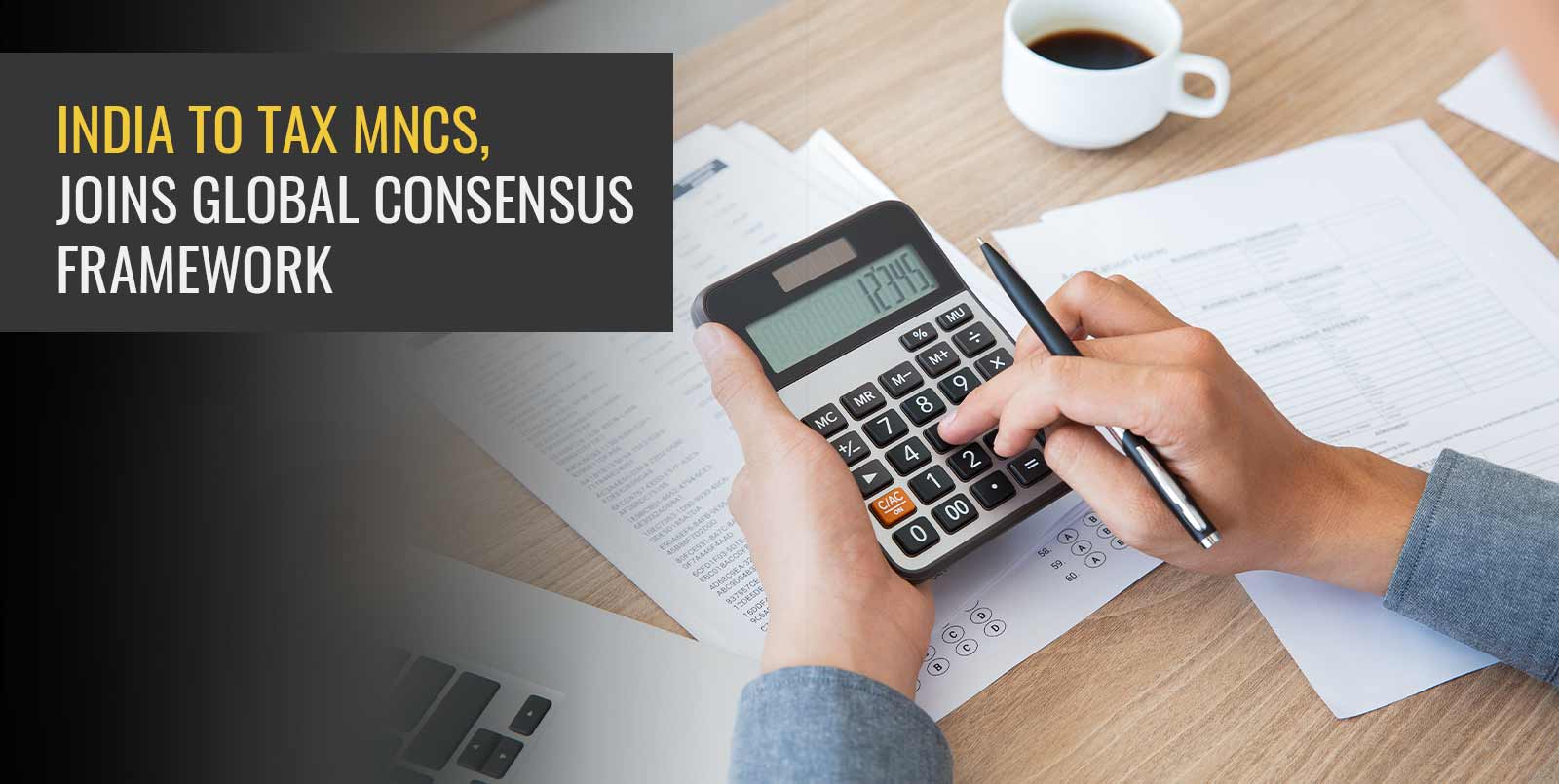 GOI entered a consensus framework, an effort by the US Government, to levy taxes on MNCs. Representatives from 130 countries, including G20 and OCED members, reached this agreement on Thursday at a meeting held in Frankfurt, Germany.

It presents a broader outline of the necessary changes to bring a uniform structure of imposing taxes on multinational companies with cross-border operations.

Details of the matter

In the G-7 summit held in the UK last month, the participating nations reached a milestone agreement regarding this new global taxation system. A uniform structure like this aims to cover the loopholes in an individual country’s taxation system.

Pillar one: Reallocation of the additional profit share per market jurisdiction

According to this agreement, multinational corporations will be liable to pay taxes at a minimum of 15%, irrespective of the country.

POTUS Joe Biden and his administration have been great supporters of this move.

It could offer the following benefits:

However, it requires clarification in some cases, including the overall scope of this tax rule and details of profit sharing. These will be discussed and resolved in due course as stated by officials.

A detailed plan to implement this tax system and its associated issues will likely be resolved by October 2021. Moreover, the Organisation for Economic Cooperation and Development or OECD plans to implement this system by 2023.

US Treasury Secretary Yellen commented on this new structure by mentioning that it will end a ‘race to the bottom’ in taxation. She also said that it would allow governments worldwide to invest more in critical infrastructure like healthcare, pandemic relief, etc.

India is in favour of implementing any consensus solution that’s easy to comply with. But, additionally, it should also have a provision of implementing sustainable and meaningful jurisdiction of revenue to market, especially for developing and emerging countries.

The Finance Ministry further addressed an inclusive framework on base erosion and profit shifting along with tax challenges due to the economy’s digitalisation.

Per the reports, India would work closely with its peers to find a ready-to-implement solution to contribute to this international tax agenda. It will be based on Pillar One and Pillar Two and concluded by October 2021.

This move by global leaders is still in its early stages, and details are yet to be finalised. Hence, it isn’t sufficient to say what the final draft will look like in October and how it will impact the global business landscape.

What is Silicon Six?

Silicon Six refers to the 6 US-based tech giants that include Google’s parent company Alphabet, Facebook, Microsoft, Amazon, Apple, and Netflix. These are all MNCs.

What is the new tax regime proposed by the USA for MNCs?

This new taxation system mentions that MNCs not paying at least 28% tax anywhere in the world need to pay additional tax on the US soil. It includes US-based companies as well.

What is the current corporate tax rate in India?

The present corporate tax rate in India is 25.17%.