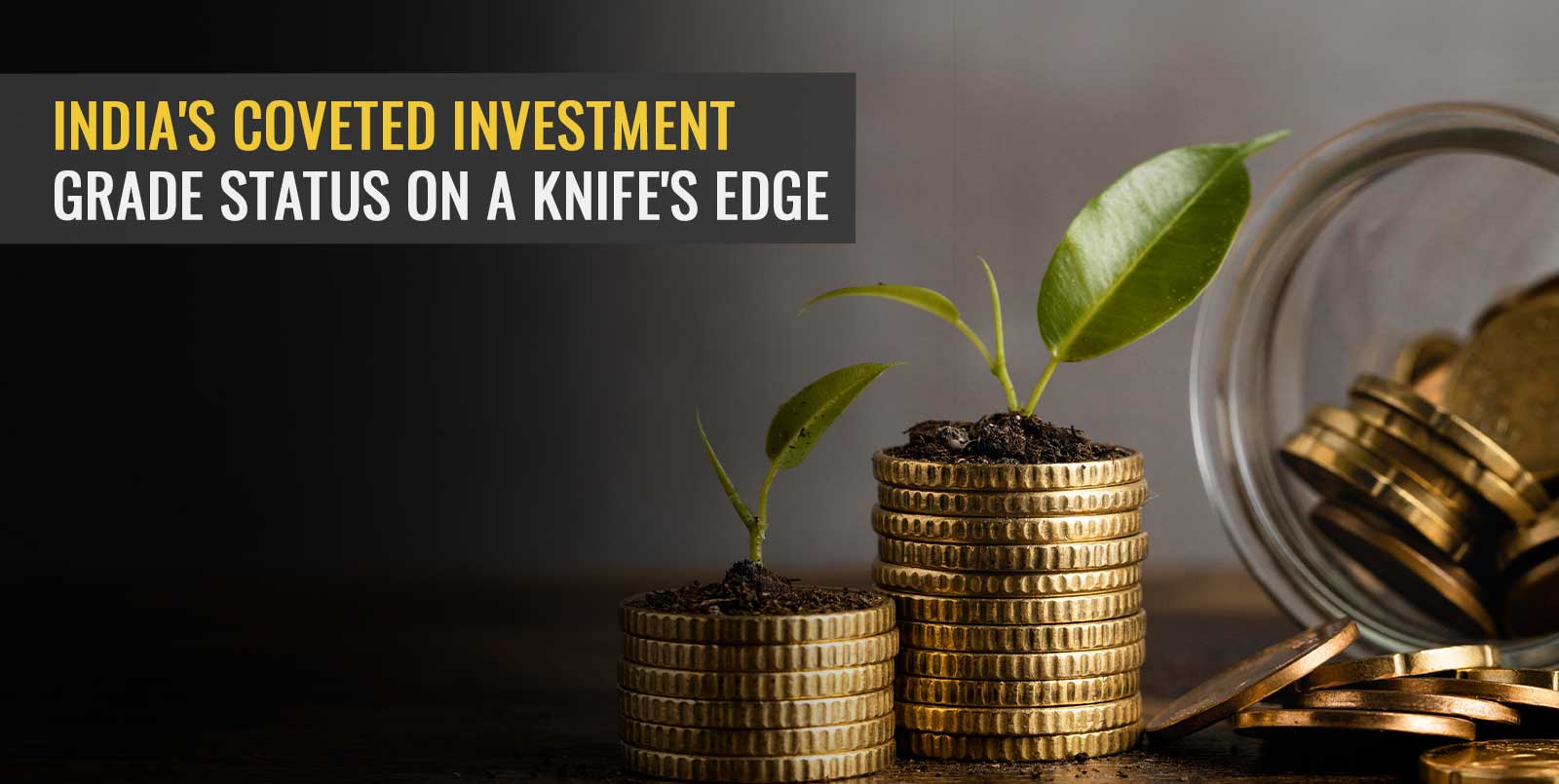 In recent weeks, all three companies have lowered or cautioned that they may lower the country’s growth projections, implying that the country’s public debt as a percentage of GDP would hit a new high of 90% this year. In that regard, the world’s second most populated nation has long been an outlier.

In an alert to the downside from Fitch and Moody’s, the average amount of debt for countries in the BBB range – India is BBB (negative) – is currently about 55 percent, and just 70 percent for those languishing. Only in the deepest recesses of the ‘junk’. Investors purchasing ratings-sensitive assets such as bonds are making their own decisions, with pandemic soaring debt almost everywhere and rating firms signalling that they will wait for this latest wave to subside before passing judgement.

“We still see India as investment grade,” said Joep Huntjens, Asian debt director at NN Investment Partners, who believes the country’s economy will quickly recover. “However, we believe there is a 50/50 risk that at least one rating agency will reduce the rating, most likely next year.” Many others are concerned as calls intensify for another federal shutdown to deal with the latest wave of viruses.

According to JPMorgan, the rating agencies are taking a “leap of faith” by continuing to burn at this moment. Eldar Vakhitov of M&G says his firm’s models have been indicating a downgrade, while UBS says India will soon have the third-highest debt level among large emerging markets, behind junk-rated Brazil and Argentina.

According to UBS analysts, India’s public debt must rise at least 10% per year in order to stabilise and decline. According to World Bank data, it hasn’t come close to that since 1988. The economy contracted by 24 percent in the first quarter of last year as a result of the complete lockdown, and Moody’s said this week that it expects growth to stabilise at around 6% in the long run. UBS head of emerging markets strategy Manik Narain said, “We see the possibility that (a downgrade) will certainly happen.” “It seems to be a matter of when rather than if.”

One More BRICs’ Member To Slide?

India’s Finance Ministry and the central bank did not respond to requests for comment on the prospect of a rating downgrade, but being a “fallen angel,” as Brazil and South Africa have done, is a possibility. In the words of credit rating agencies, ‘junk’ will set off a chain reaction of problems. It immediately removes government or corporate bonds from some high-profile investment indices, resulting in the sale of conservative funds (active managers and passive “trackers”), exacerbating the issue.

Since most of those indices do not include India’s government debt, the major issue would be investment-grade corporate debt, which is expected to shrink to about $ 40 billion to $ 45 billion. According to NN’s Huntjens, about 90% of IG’s Indian companies will be impacted, and although some giants like Reliance could be spared, India’s 7.4% share of JPMorgan’s Asia investment-grade companies index means there would be a lot of losses.

If a cut occurs, it will not be the first time India’s investment-grade status has been revoked. When the balance of payments crisis struck in 1991, just a year after receiving its initial S&P mark, it was suspended for the first time. A replay now, on the other hand, will be a moment of punishment for the country’s nationalist leader, Narendra Modi, who rallies his followers by promising to advance India on the global stage and contend with countries like China.

Despite having a healthy stock of foreign exchange reserves, it still has the lowest level of prosperity of any investment-grade nation, with a per capita GDP of $ 2,164. China’s number is close to $13,000. India’s former economic affairs minister, Subhash Chandra Garg, admits that the government’s double-digit deficit and overall debt situation are “grim,” but he does not believe rating agencies would cut again.

“A debt-to-GDP ratio of 90% is unquestionably concerning, and these trends cannot continue,” Garg said. “However, the general consensus on India is that it is a solid country, not a basket case.” NN’s Huntjens added, “Ultimately, debt levels must come down, and that can only happen if growth remains high.” “And it can’t just be dependent on government stimulus because then the debt will just grow even more.”