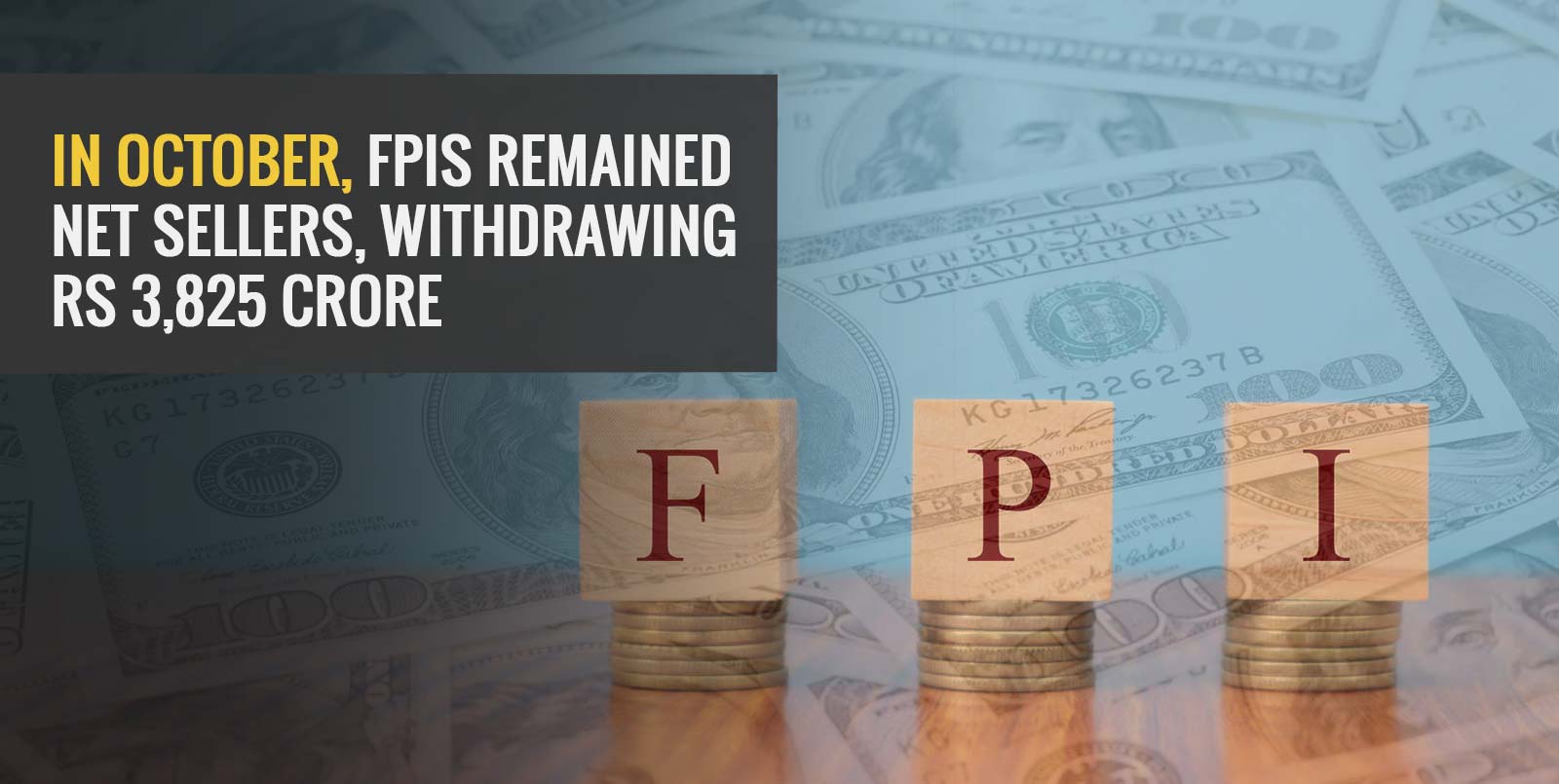 Foreign portfolio investors (FPIs) have been net sellers in the Indian market this month, withdrawing Rs 3,825 crore. FPIs had Rs 13,363 crore in September and Rs 14,376.2 crore in August, indicating massive buying in the debt market over the last two months. FPIs have withdrawn Rs 1,494 crore so far in October, according to depositories’ statistics. FPIs withdrew Rs 2,331 crore from equities.

During the first 22 days of October, the total net outflow was Rs 3,825 crore. “FPIs have sold software equities worth Rs 5,406 crore in the first half of October, even though software companies’ second quarter (Q2) earnings were solid,” an expert said. “As a result, this is an obvious case of profit booking. In the financial services industry, FPIs have been purchasers.”

FPIs have decided to stay on the sidelines, adopt a wait-and-see approach, and continue to book profits along the road, according to the expert. He went on to say that FPIs are still concerned about the withdrawal of loose liquidity after the US Federal Reserve hinted at a rate move sooner than planned.

Concerns about rising oil costs, US bond yields, and Chinese economic issues have also been on their minds, putting them on edge and deterring them from making significant investments in Indian equities.

According to another expert, “FPI flows October to date have been mixed.” FPI inflows to Indonesia, the Philippines, and Thailand totalled $617 million, $38 million, and $679 million, respectively. Taiwan and South Korea, on the other hand, reported FPI outflows of $2,956 million and $2,472 million, respectively, he said. “Driven by a strong rise in global energy prices, which can represent significant headwinds for both established and emerging markets,” the expert said.

In 2021, the Chinese stock market had the lowest performance, owing in significant part to government actions. While the Shanghai Composite Index has been practically flat since the beginning of the year, the Hang Seng, which tracks movement in Chinese stocks traded in Hong Kong, has declined more than 12% since January. This contrasts with the Sensex’s impressive gains of over 25% and other US and European indices’ advances of over 15%.

In contrast to China’s slump, India’s chances may appear stronger, resulting in a migration of foreign portfolios, FDI, and venture capital money to India. FPI flows into Indian equity and debt have shifted since August of this year, indicating that the Chinese government’s measures are already leading to increased flows into India. This year has also seen record levels of start-up financing from global PE and VC investors, possibly due to funds rerouted from China.

Q1. What impact does FDI have on the economy?

Foreign Direct Investment (FDI) contributes to the economy’s long-term growth. MNCs facilitate technology transfer to domestic firms. Companies and, as a result, the economic benefit from FDI, and the appropriate FDI process is the identification of important sectors in the economy that yield the highest return on investment.

Q2. What impact do oil prices have on the economy?

Q3. What impact do bond yields have on the economy?

Bond yields are determined by inflation, economic growth, default probability, and duration expectations. Because a bond pays a fixed amount regardless of other factors, a fall in inflation boosts the bond’s actual yield. Bonds become more appealing to investors as a result, and bond prices rise.