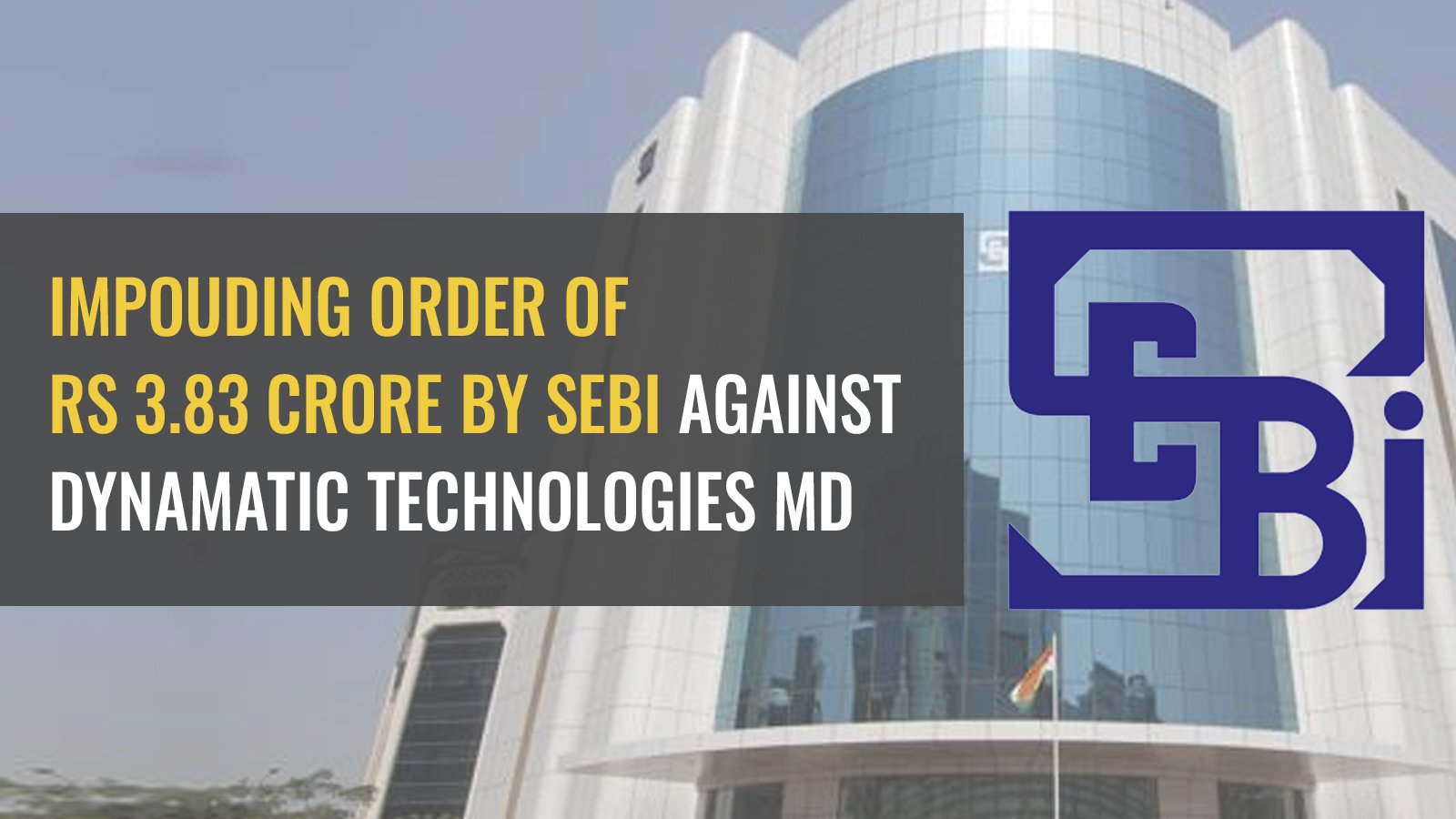 According to the reports published, Malhoutra engaged in insider trading, which helped him to avoid loss due to a fall in stock prices of the company after its consolidated quarterly report was published. SEBI has strict rules against insider trading and prohibits it to maintain transparency in every trade in the equity market.

What is insider trade?

Insider trading happens when the buyer happens to have additional information about stock performance that is not available to the general public. It can be both legal or illegal, depending on when the trade is taking place. It is deemed unethical when trading happens when the information is still private, skewing the trade in favour of one party. These types of trading come with harsh consequences and may attract penalty from regulators. SEBI being the regulator, keeps close monitoring to track such trades to prevent few traders from manipulating the market.

In the case of Dynamatic Technologies, SEBI was investigating a case from 2016. it introduced the Prohibition of Insider Trading in 2015, which clearly states that insider trading is an unethical practice resorted by those in possession of certain unpublished information relating to a company to profit against general investors who don’t have access to such information. It has listed the following people in its monitoring list in connection with any insider trading activity.

Impounding order by SEBI in insider trading case is announced against MD and CEO of Dynamatic Technologies as per the above list of people. It suggests that he used the UPSI knowledge to trade stocks to avoid a loss that occurred the following day when stock prices toppled after company’s performance report was published. The total impounding volume amount to Rs 3.83 crore, including the interest from the trade.

On November 11 2016, company’s financial performance report was shared with the exchange after trading hours, following which stock prices of DTL shares tumbled on November 15. In the case of DTL CEO, no pre-trading approval was taken, which led to the inquiry and subsequent seizing order for Dynamatic CEO by SEBI in insider trading case.

Contextually, Fourth Dimension Solutions and its MD, Amalendu Mukherjee were asked to pay Rs 2 crore penalty related to an impounding order by SEBI in insider trading case in March 2020.