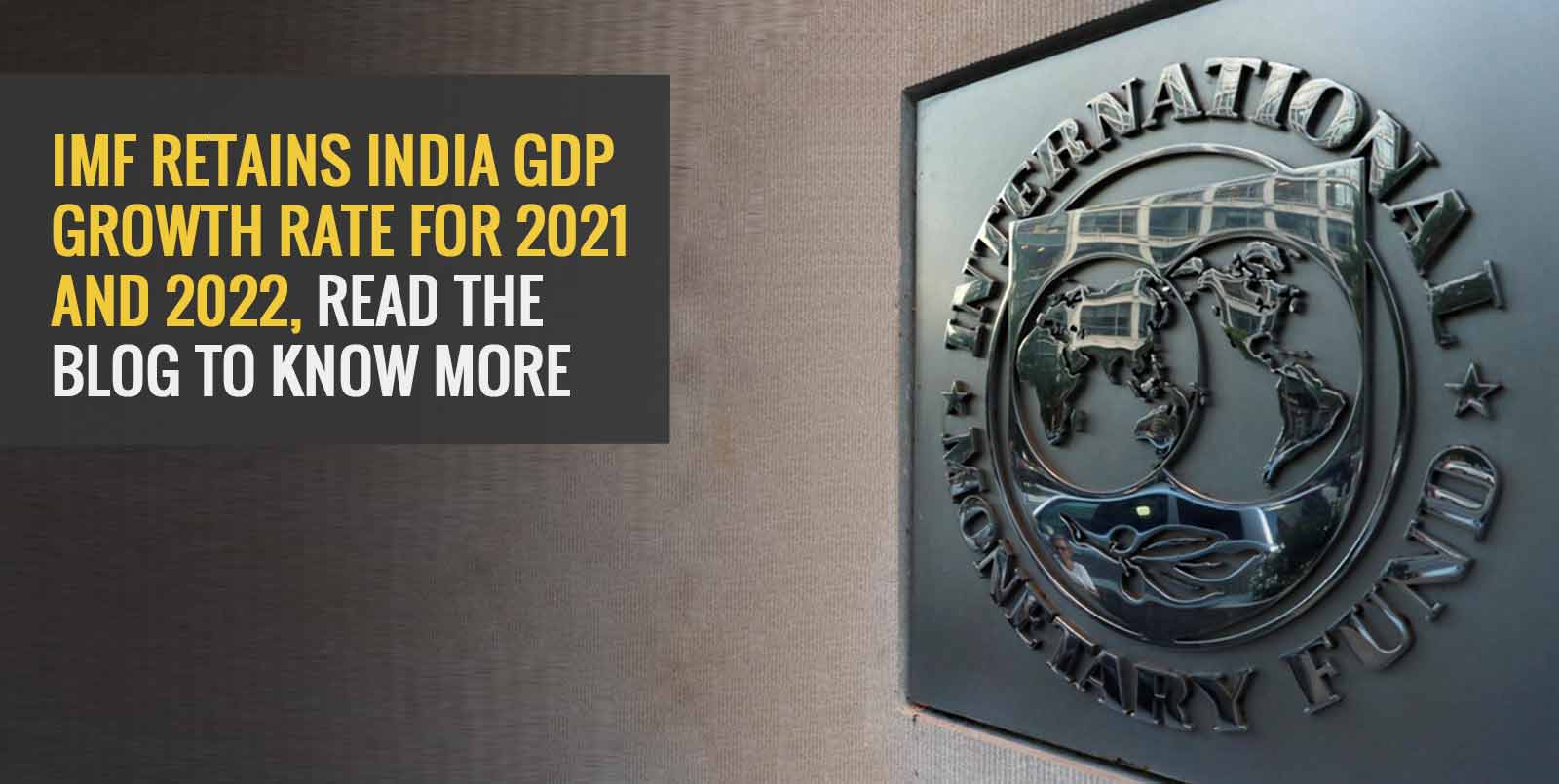 India’s economy is estimated to grow by 9.5 per cent this year, as per the new World Economic Outlook (WEO) report by the International Monetary Fund (IMF). Also, the IMF data projects that in 2022, the country’s economy is likely to grow at 8.5 per cent.

The IMF projection for 2021 has stayed the same as the estimate for 2021 made in the July version of the World Economic Outlook report. However, the October IMF projection of a 9.5 per cent of India GDP growth rate for the current year is a drop of three percentage points from the estimate made in April 2021 (12.5 per cent). The April 2021 WEO report had also projected an economic growth rate of 6.9 per cent for India in 2022.

Further, the IMF has also increased its inflation projection for India to 5.6 per cent for the current fiscal from the earlier projected 4.9 per cent in April, as it cited rising inflation risks globally.

The IMF projection in April 2021 of 12.5 per cent India GDP growth rate this year was stronger than China’s. In 2020, China was the only leading economies to have had a positive rate of growth at 2.3 per cent. As per IMF projections in April this year, China was expected to grow by 8.4 per cent in 2021. It further pegged China’s growth at 5.6 per cent for 2022. India’s economy had contracted by 7.3 per cent for 2020-21 because of the pandemic and the lockdowns that followed. In the fourth quarter of 2020, India’s economy showed signs of growth as it posted a growth rate of 1.6 per cent, therefore restricting the whole year contraction to 7.3 per cent.

However, by July 2021, the situation had changed, with India just having come out of a severe second wave of the pandemic followed by another round of lockdowns and curbs. The IMF, in its WEO report of July 2021, slashed India GDP growth rate by 3 percentage points to 9.5 per cent for 2021. This was in line with India’s central bank, the RBI’s projection of 9.5 per cent from its earlier 10.5 per cent in its second monetary policy committee meeting of early June.

For China, the IMF projection in July 2021 was lowered by 0.3 percentage points to 8.1 per cent growth for the current year and 5.7 per cent for 2022. Meanwhile, the IMF also pegged the global economic growth rate at 6 per cent for 2021 and 4.9 per cent for the next year, unchanged from the projections made in April 2021. The IMF had then noted that the faultline in access to vaccines would create divergent economic recovery paths among nations.

The IMF, in its latest World Economic Outlook, projects an India GDP growth rate of 9.5 per cent for 2021 and 8.5 per cent for 2022, the same as the July 2021 projections. Further, the IMF has also increased India’s inflation projection to 5.6 per cent from the April 2021 estimate of 4.9 per cent.

What is the IMF projection for India’s economic growth rate for 2021 and 2022?

What is the global economic growth rate projection for 2021 and 2022, as per the IMF?

What was India’s economic contraction rate in 2020-21?