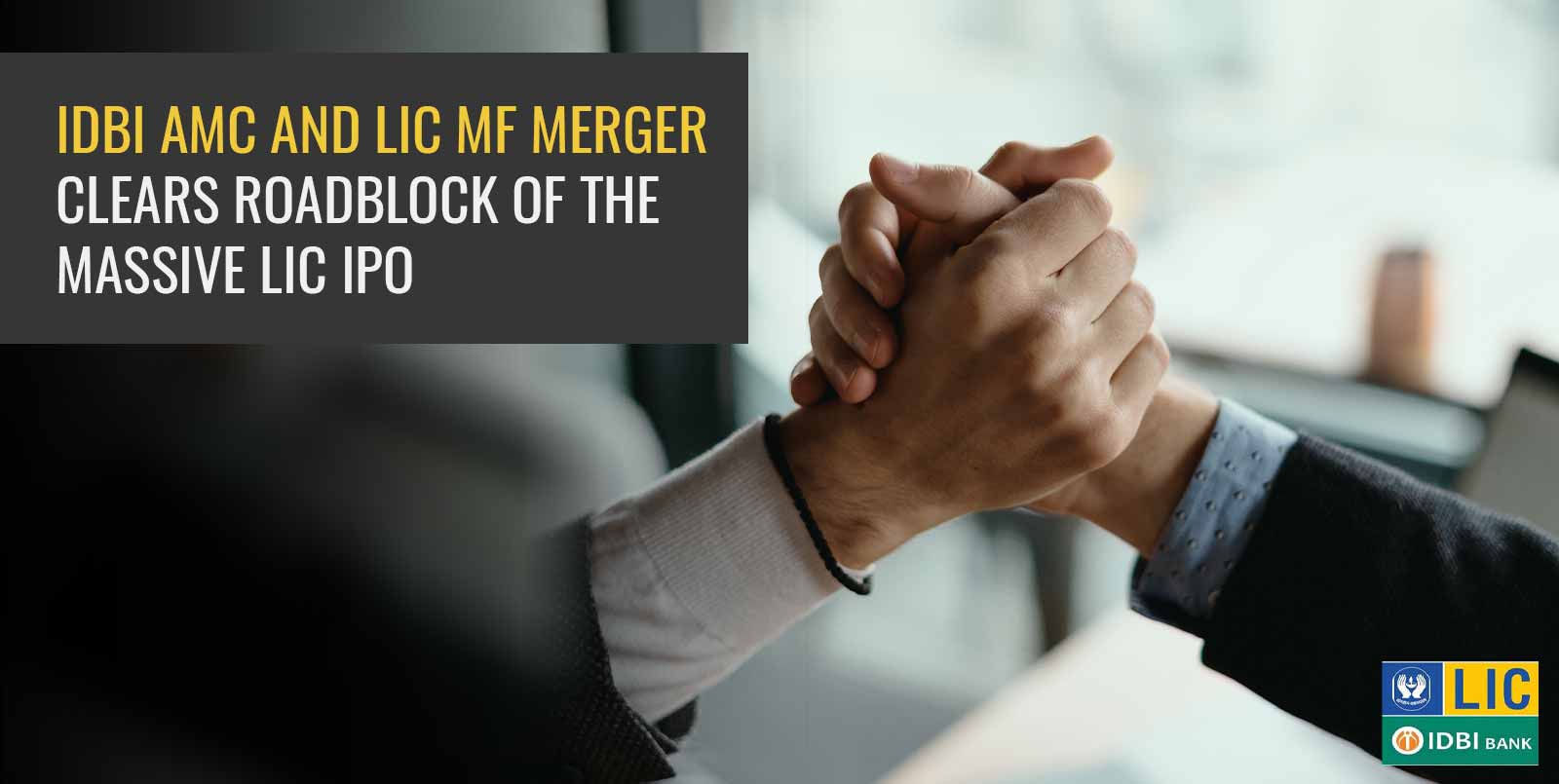 LIC and IDBI are in the final stages of negotiations to merge their assets. This will help LIC raise funds through an IPO. The deal is in the works before the mega IPO of the insurer. Together with the Union Government, LIC holds about 95 pc shareholding in IDBI Bank.

LIC IPO has been long-awaited and this bumper offering seemed to have endless roadblocks on its way towards the launch. Coming ahead, the roadblocks are getting cleared and one of such bottleneck paths was around handling two asset management companies (AMCs).

Union Government-owned LIC’s stake in IDBI Bank would be sold as part of the government’s disinvestment in the company. The exact quantum of stake dilution that would be taken up by the government has not been decided.

In December 2020, Sebi issued a circular which allowed FinTech to enter the mutual fund industry without having to follow certain profitability conditions. After that, many companies could launch their mutual funds.

Why are Employees of IDBI not happy with this?

When the idea of this merger was put forth on the table, not all employees of IDBI showed positive acceptance towards the same. Some of them opposed the idea of merging their assets with the LIC Mutual Fund.

Some employees of IDBI Asset Management Company have pointed out that they would not be transferred to LIC Mutual Fund under the proposed merger. They have also threatened to sue the government and the company’s board for approving the decision against employee interest if the merger takes place.

If the merger has to happen, it must be the other way round so that the parent company does not change for the employees and the purpose of merging the assets also gets fulfilled.

But the intention behind the merger is to make the offering of LIC successful.

A Glance at AUM of Both Companies

As per the data published on the official website of the Association of Mutual Funds of India (AMFI), the following were the aggregate assets under the management of IDBI AMC and LIC MF.

What is an Asset Management Company?

An asset management company is a firm that puts the capital of its clients into various investments. They typically manage high-net-worth individual and retail clients’ portfolios. An asset manager’s presence allows investors to have access to more diversified investing options. Also, by buying for multiple clients, an AMC can practice economies of scale.

How is the computation of AUM done?

For what purpose was the AMFI set up?

AMFI stands for Association of Mutual Funds of India. The AMFI is an organization working on developing the mutual fund industry in India. It is committed to upholding the highest standards of ethical behaviour and protecting the interests of mutual funds unitholders.