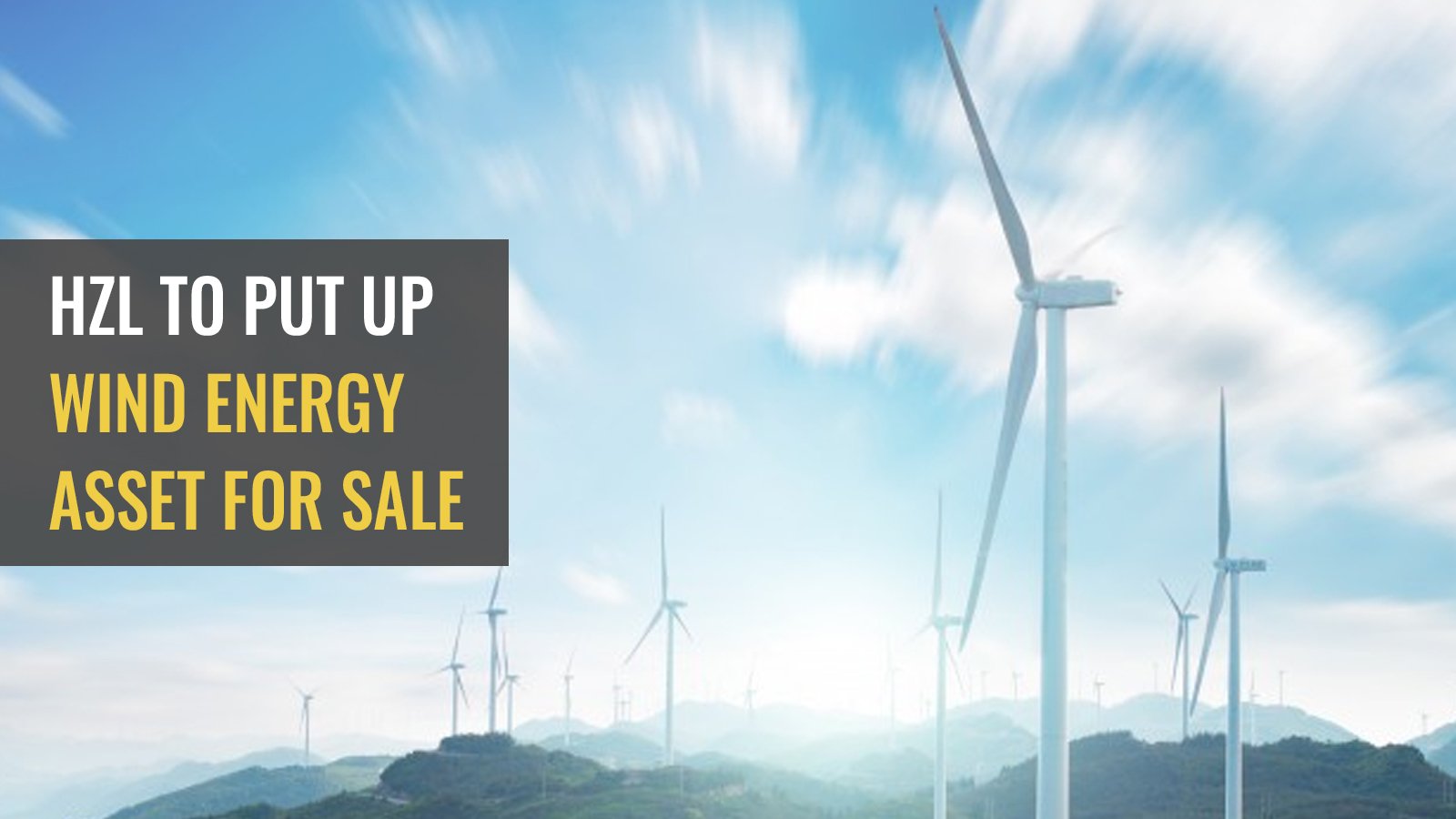 The Zinc manufacturing giant, Hindustan Zinc Limited (HZL) is looking at options to sell their wind energy asset through a block deal. According to sources conscious of the developments, if the plan is placed on the table, it will amount to Rs 1,500 crores. The company described its wind energy segment as non-core and looking for compatible partners to sell their stocks.

An overview of the wind energy sector in India

Wind energy sector falls under the category of alternate or clean energy, accounts for around 10 percent of India’s total installed power generation capacity. It generated 62.03 TWh (ThermWatt Hours) during 2018-19. India currently ranks fourth in the world with a total of 37.5 gigawatts (GW) of capacity installed.

India’s wind power sector experienced steady growth for three decades between 1985-2015. However, recently, it has lost some of its lustrs and falling behind its targets to install 60 GW of wind energy.

HZL, which is a subsidiary of Vedanta Resources Limited, is one of the largest producers of wind energy in India with plants in Rajasthan, Gujarat, Karnataka, Maharashtra, and Tamil Nadu. Earlier in 2016 also, the company tried to sell its wind power asset, but the sale didn’t take off since the company couldn’t get the value it aimed for.

The details of the current deal are yet to surface; but according to the sources aware of the developments disclosed that two major renewable energy partners, backed by multilateral financial institutions are likely to compete for the bid. One of the big four audit firms is expected to mediate the deal, but no confirmation is given yet.

It is viewed as a part of its systematic delisting process. Wind energy assets sale by Hindustan Zinc Ltd. is expected to fetch Rs 1,500 crore, which will add to Vedanta’s current capital asset of $2.65 billion. Vedanta, which holds 65 percent shares in HZL, is undergoing a gradual process of delisting.  When inquired, Vendanta group spokesperson commented that the company is currently performing regulatory delisting process and can’t disclose further information regarding the deal.

In March 2020, Vedanta announced its decision to delist itself from Indian bourses to reduce public ownership in the company. They termed it an essential part of its financial and operational restructuring process to make it streamline and manageable. Sale of wind property by Hindustan Zinc is viewed as a part of the same plan.