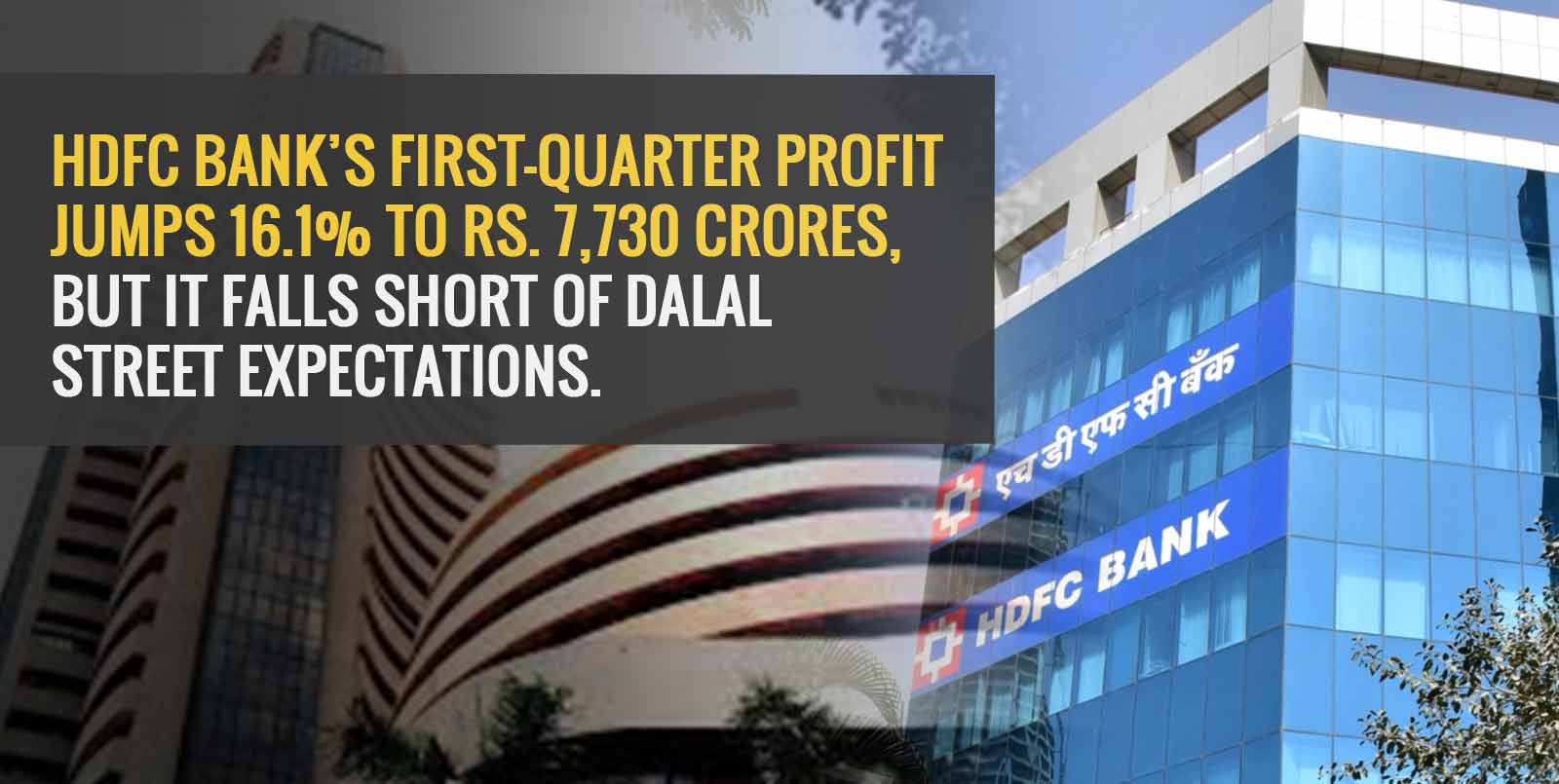 An Overview of HDFC Q1

On Saturday, HDFC Bank reported a 16.1% increase in standalone net profit to Rs. 7,729.60 crores, up from Rs. 6,658,60 crores in the same quarter last year. The earnings number fell short of investors’ expectations.

The second wave of pandemic disrupted business operations for about two-thirds of the quarter, resulting in worse collection efficiency and higher provisions, according to the private bank.

The gross non-performing asset (NPA) rate was 1.47 percent in the March quarter, up from 1.32 percent in the previous quarter and 1.36 percent a year ago. Retail originations, third-party product sales, card spending, and collection efficiency all suffered as a result of the disruptions. Reduced revenues, as well as greater levels of provisioning, stemmed from lower business volumes combined with increased slippages.

For the quarter, pre-provision operating profit (PPoP) increased by 18% to Rs. 15,137 crores. The liquidity coverage ratio was 126 percent, much exceeding the regulation minimum.

HDFC Bank has acknowledged the pain and impact of the pandemic outbreak on the bank’s balance sheet in the notes attached to the report, as well as the continued concern about virus uncertainty.

Pandemic’s impact, which includes changes in customer behaviour and virus fears, as well as restrictions on business and individual activities, has resulted in significant volatility in global and Indian financial markets, as well as a significant reduction in global and local economic activity, according to the bank.

“The disruptions caused by the outbreak have resulted in a decrease in loan originations, third-party product sales, customer use of credit and debit cards, and collection efficiency, which may lead to a continued rise in customer defaults and, as a result, an increase in provisions,” the bank said.

HDFC Bank has a history of keeping asset quality under control even in the most difficult market conditions. However, the increase in bad loans underscores the seriousness of the difficulties that exist on the ground, even for the largest private bank.

A rise in non-performing assets (NPAs) may not cause immediate concern for HDFC Bank because it has the flexibility to absorb the damage. However, there is a broader message concerning the health of the financial industry here. Smaller banks, as well as those with a poor track record of recovery and corporate-heavy books, will be particularly affected.

Once regulatory relaxations are dialled back and the usual healing cycle kicks in, one can feel the impact. The key to quickly limiting the terrible virus is vaccination.

We’ve seen two rounds of pandemic so far. In 2020, the first wave attacked the globe, largely unprepared. The second one occurred this year, and it was marked by a variety of mutations and more serious infections. This time, the preparation was superior. Nonetheless, the severity of the spread of illness resulted in economic losses, prompting most governments to opt for localised lockdowns rather than a nationwide containment in 2020.

Worse Yet to Come?

The true impact of pandemic lockdowns on the bank’s balance sheets has yet to be felt. That’s because, since last year, two rounds of loan restructuring and moratorium schemes have been announced for various segments of borrowers. When the term of regulatory exemptions expires, the actual concern will arise.

According to the Reserve Bank of India’s Financial Stability Report (FSR), banks’ GNPA ratio might climb to 9.8% in the baseline scenario by March 2022, and to 10.36 percent and 11.22 percent in medium and severe stress scenarios, respectively.