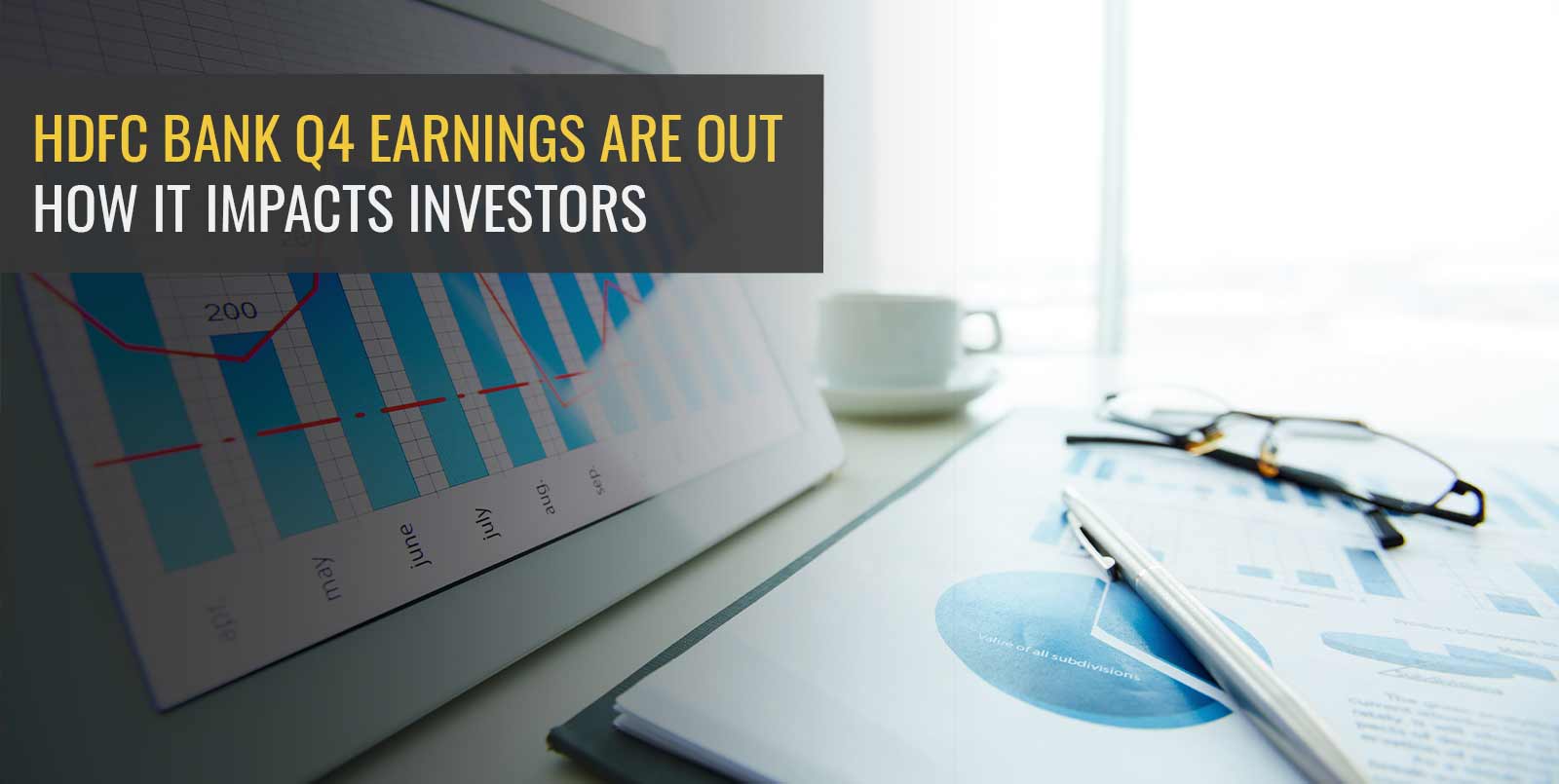 HDFC Bank has released its Q4 earnings for the fourth quarter on Saturday. The release of Q4 earnings data led to a 3.7% slump in HDFC stock on Monday early trading. The shares dropped to Rs. 1,409 on the BSE.

Many analysts have reduced the target price estimates for HDFC bank, although some still remain bullish about it.

Here below are details on HDFC Q4 earnings and how it will impact the bank stock in the upcoming days.

On 16 April 2022, the company reported a 23% YoY growth in its standalone net profit which stood at Rs. 10,055 crores for the quarter ending March 2022. In contrast, its standalone profit a year ago was Rs. 8,186.51 crores. This growth is due to a decline in bad loans by 29%. This resulted in asset quality improvement.

However, in the early trading of 18 April 2022, there was a decline of 3% in HDFC Bank’s share price. This is after it declared its fourth-quarter number last week.

In its BSE filing, HDFC Bank also shared its percentage growth in total assets and interest-earning assets, which stood at 4% and 4.2%, respectively.

What Analysts Have to Say About the Performance of HDFC Bank in Q4?

Seeing the Q4 earnings of the company, the top brokerages have the following opinions:

While the NIM or net interest margin of the company was soft, it also showed a robust growth trend. The capital level of HDFC Bank is strong and shows a rise of 2 to 3% in EPS estimates. Furthermore, the expected RoE of the company as per Credit Suisse would stand at 16 to 17%.

HDFC Bank showed a mixed performance through solid growth and low opex growth in the fourth quarter. At the same time, NIM would be recovering gradually and slowly. Apart from this, HDFC bank also plans to provide the distribution expansion cost of FY 2023. Also, CLSA expects its earning resilience to be high. However, the brokerage prefers Axis Bank, ICICI Bank and SBI over HDFC Bank.

To conclude, HDFC Bank Q4 earnings show strong performance through a 10.2% growth in NII, indicating a chance to earn profits. However, there are several factors influencing the decision of investors whether to buy, sell or hold shares.

Those looking to invest in this company’s shares can open a Demat account through the Angel One platform. The steps to sign up are simple and thus effortless for first-time investors.

Which factors led to this increase in HDFC Bank's NII?

The growth recorded in NII of HDFC Bank was due to improved company advances and sequential growth in rural, retail and commercial banking.

What is the net revenue of HDFC Bank for the fourth quarter?

The net revenue of HDFC Bank for the fourth quarter stands at Rs. 26,509.8 crores.

What is the market capitalization of HDFC Bank?