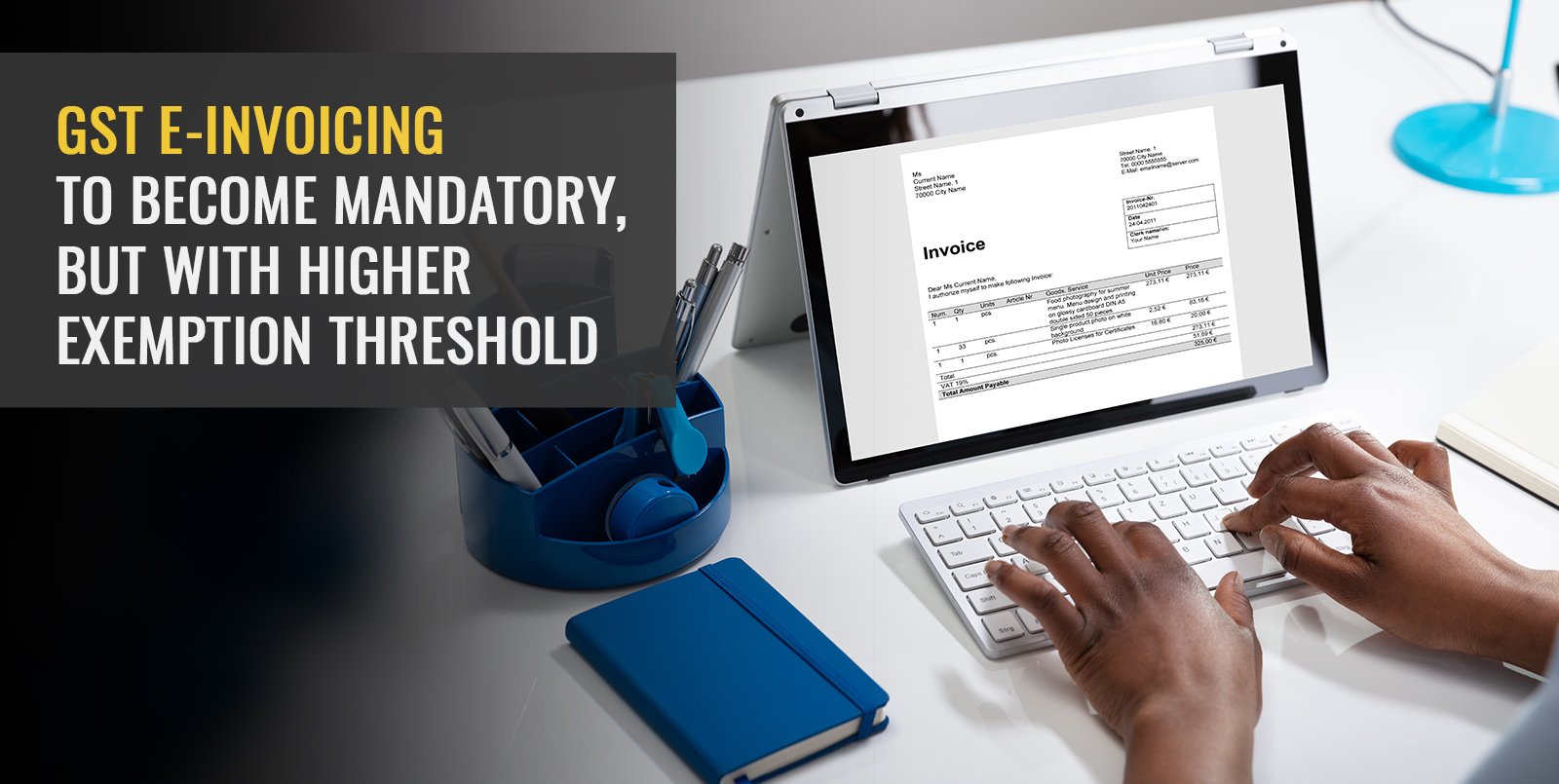 As widespread digitisation has become the new norm, the government of India has taken a step further to simplify GST filing through a digitised platform.  From October 1, e-invoicing for GST will become mandatory. However,  the changed policy will implement only on businesses with a turnover of more than Rs 500 crores. Businesses below the threshold are granted a temporary respite from the policy burden.  The decision is taken after consulting the GST implementation committee, an empowered panel of the Goods and Services Tax (GST) Council.

The new GST e-invoice scheme will assist the government in its digitisation drive. The new system will allow businesses to file their returns using a centralised digitised platform.

The GST implementation committee in its decision recommended to the Central Board of Indirect Taxes and Customs (CBIC) to fix October 1 to implement GST e-invoicing policy and also suggested to increase the threshold from the previous decided level of Rs100 crore. The GST implementation committee is a special empowered panel that meets to decide on behalf of the GST Council when urgent steps are needed.

“The QR codes are definitely not happening on October 1, but the e-invoice scheme and 500 crore turnover related notification should be out by next week, and the industry can start working on it as everything is ready.”

GST stands for Goods and Service Tax. India adopted a dual GST policy to replace the complex system of several indirect taxes like VAT, excise duties, and service charges with a uniform tax across the nation. The Goods and Services Tax Act was adopted in the parliament on March 29 and came into effect from July 1, 2017.

GST applies to every stage of value-addition during production but at a uniformed rate. It is a multi-stage, destination-based tax system. The proposal was first introduced in 2000 by the then government, but it took seventeen years to get implemented finally.

GST has several advantages, including eliminating the cascading effect of tax on tax which ultimately helped in reducing the cost of goods and services.

GST was one of the significant tax reforms in India that replaced the age-old complex taxing system. Now the government is working towards improving the implementation process and curbing evasion. Making e-invoicing mandatory will bring it a step closer towards better tax administration and reduce issues of fake invoices.

In November last year, the government said that it would make e-invoicing mandatory for all corporates with a turnover of Rs 100 crore and more from April 2020.  In March 2020, however, the council extended the implementation period and set a new date on  October 1.

Apart from raising the threshold, the council has also exempted insurers, banks, financial institutions, NBFCs, and passenger transports from the new policy burden.

Commenting on an event organised to mark the three years of GST, Garg said that the council is working towards simplifying the existing return filing system and GST e-invoicing will make the life easier for the taxpayers. He also added that around 70 to 80 percent of GST registered businesses are timely on their filing.

The aim of the council is now to ease the compliance burden and costs on the corporate, and Garg hinted that there would be more announcements towards it in the coming days.