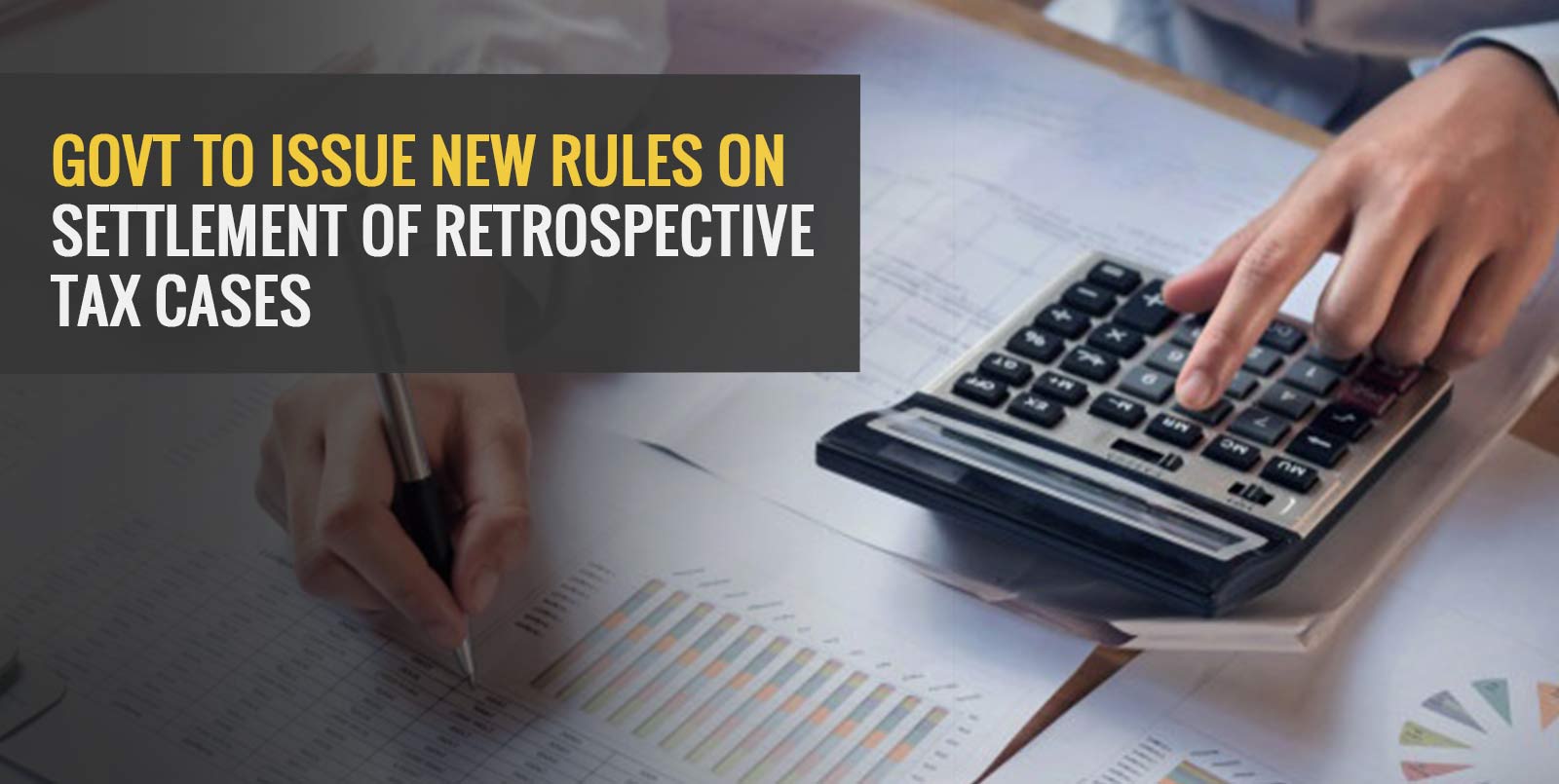 The government may reportedly bring out new rules in the coming days in a bid to resolve the issue of retrospective taxation. According to reports, the government is considering feedback it has received from firms on the draft rules it had issued earlier on the subject.

The Central Board of Direct Taxes (CBDT) had issued draft rules on retrospective tax cases towards the end of August. Earlier, in August, the government had passed the Taxation Laws (Amendment) Act 2021 which offered to settle retrospective tax cases in connection with the 2012 law on indirect transfer of Indian assets offshore. As per the draft rules, companies and parties must withdraw all litigation, and provide an undertaking that they wouldn’t pursue any cases in the future. The draft rules also state that the taxpayer would have to indemnify the government against claims made by direct or indirect shareholders.

Also, the draft rules proposed that parties would have to drop all cases within 60 days of providing an undertaking. It said that refunds would be issued within 30 days of orders that granted relief. Some companies had reportedly offered feedback on the issue of undertaking from all stakeholders, and said such an undertaking would be difficult to obtain.

The Indian government’s dispute with the oil and gas exploration firm goes back to the year 2015 when the government issued a notice to the firm on demand of retrospective tax. Later, in December 2020, the government lost the case to the company and was asked to pay over $1 billion in damages. The verdict followed India’s loss against another telecom operator over retrospective taxation just three months earlier. The Hague’s arbitration court awarded damages to the company including shares attached by the IT department in 2014 and sold in 2018 in order to recover tax dues partially.

What is retrospective tax?

The Indian government, in August this year, proposed to withdraw such retrospective tax demands that were part of the law which was brought in back in 2012-13. The retrospective tax legislation was brought in by way of an amendment to the Finance Act 2012 following which new provisions were included under the Income Tax laws. It meant that the Income Tax department could impose capital gains tax on deals in a retrospective manner. The 2012 legislation meant the Indian government had the power to impose taxes on cross-border transactions/deals for up to 50 years back.

The government, in its bid to scrap the retrospective tax provision, is expected to bring in new rules after taking into consideration feedback given by companies on the draft rules that were issued earlier. Earlier, a UK-based oil and exploration firm also reportedly said it was willing to withdraw cases against the Indian government on the issue of retrospective taxes.

What is retrospective taxation?

Retrospective taxation was brought in after an amendment was made to Finance Act 2012 and allowed imposition of taxes in a retrospective manner, till up to 50 years back, on any indirect transfer of Indian assets before May 2012.

The Taxation Laws (Amendment) Act 2021 proposes to do away with retrospective tax, as per the legislation, the government will scrap all tax demands that it has levied in a retrospective manner and refund taxes collected.